Have you noticed that the internet is full of these ‘One Weird Tip’ articles nowadays about how to look 20 years younger or get a six pack or give up poutine for a week? Ok I made the last one up, but seriously, if anyone has any ideas, pleeease leave a comment! Anyway, it occurred to me recently that if I had to give ‘one weird tip’ to someone who wanted to drastically improve their photography, I know exactly what it is: only shoot at sunset.

Sounds simple right? Almost too simple. But the more I shoot, and the more photography I see, the more firmly I believe this to be true. Photography is all about light, and while this may be a statement of the obvious to those with a lot of experience in photography, it’s a mantra that all of us who love the craft should repeat to ourselves regularly.

A friend of mine recently had the word ‘Breathe’ tattooed on her wrist, a reminder to herself that in times of stress she needs to slow down and reconnect with the simple act of breathing. In, out. In, out. I love the idea, and if I were to borrow it I would tattoo the word ‘Light’ on my wrist. Or better yet, on the back of my right thumb, so that every time I hold up my camera to make a photograph I’ll pause and think about my light.

But if you don’t want to think too much about light, you just want to shoot and make beautiful images, then my advice is to download an app that tells you the sunrise and sunset times for a given day. There are some really useful apps out there that will also tell you the position of the sun in the sky at a given time, so that you can scout locations and plan your photoshoots more effectively.

With your knowledge of the exact sunset time in hand you should have your camera ready about an hour beforehand – that’s the time you want to start shooting.

What you’ll discover in the roughly 60 minutes before and after sunset is something photographers often refer to as the ‘Golden Hour’. This is the time when the daylight is at it’s absolute pinnacle – almost everything looks good in the Golden Hour. I’m surprised no one’s ever written a song about it!

As someone who is primarily interested in photographing people, Golden Hour light is about the most interesting, dramatic and flattering light you could hope for, and as long as you can do a pretty good job of framing your shot, this is a time at which it’s really not that hard to make a great photograph.

So what exactly is the difference between the light at sunset and the light at, say, noon? Earlier in the day the sun is high in the sky – sorry, that sounds like an Oasis lyric, let me rephrase and say that the sun is more directly overhead. This is not an ideal position when you are photographing people because they tend to get really deep shadows in their eye sockets, giving them the so-called ‘Panda eye’ look. One of the fundamental concerns of a portrait photographer is good detail in the eyes; the eyes being the windows to the soul, as they say. And to get good detail you need adequate lighting, not deep shadows.

The other issue with the afternoon sun is that it is very, very intense, and this intensity creates an issue for our cameras because you get this wide variety of light levels from very bright highlights to very dark shadows, and current camera sensors are pretty limited in their ability to capture this wide gamut of light levels – their so-called ‘dynamic range’.

Around sunset your primary light source, the sun, has dropped closer to the horizon, which gives us much more interesting light, directionally speaking. That light is also passing through much more of the earth’s atmosphere, and so it’s intensity is reduced. This makes sense intuitively because it’s much easier to watch a sunset with the naked eye than it is to look straight at the midday sun.

The other great thing you’ll notice is the colour of the light; it has this beautiful, warm hue, which makes everything look and feel warm in an emotional sense.

Now there are actually two very distinct phases to the Golden Hour: before and after sunset. When the sun dips below the horizon you no longer have that single, directional, pretty intense source of light. Instead you have a much larger light source – the sky itself. Photographers love large light sources, like big north-facing windows or huge softboxes, because they create very soft light. By ‘soft’ I mean a more even type of light, which changes from highlight to shadow more gradually, instead of abruptly. Soft light is generally accepted to be more flattering, and it gives a more soulful feeling to an image.

If you’re creating a portrait, you’ll get the best results if you position your subject facing towards the point at which the sun actually set, because you’ll see amazing catchlights in your subject’s eyes. Catchlights are those reflections of light you’ll almost always see in magazine shots. As photographers we like them because they give a sense of vitality to the shot. I am not ashamed to admit that I have in the past added them to my subjects in Photoshop! All catchlights have a certain shape to them, and the longer ones created by a bright sky just after sunset are the bees knees.

Of course the downside to shooting after sunset is that the light very quickly starts to fade – you’re kind of in a race against time. Your best option if you want to keep shooting is to boost your ISO setting which controls your camera’s sensitivity to light. The disadvantage of doing so is digital noise, a kind of pixelated graininess that degrades the quality of your image. If you want a camera with truly incredible high ISO performance however, take a look at the Sony A7S, a camera that can actually shoot by moonlight!

I hope you’ll get out and do some sunset shooting this autumn, because with a little practice, you’ll see amazing results. 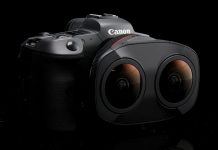 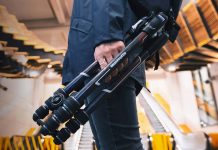 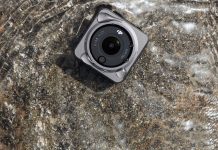