Today’s smartphones come with some pretty amazing cameras on them (both the newest iPhone and Samsung phones take 12MP images with their rear-facing cameras, and grab screenshots of at least 2560 x 1440 pixel density), but sometimes, it’s helpful to be able to give your images an extra bit of help before sharing them.

If you have a screenshot of an order that you’ve made but you don’t want to share the text rolling in at the top of your screen, for instance, or if you need to crop out your puppy vaulting herself through the air next to a product sample, there’s no need to upload an image to your computer and then send it back to yourself before sharing it. Instead, today’s smartphones make it easy to edit and crop images with a couple quick touches of the screen before sharing them. 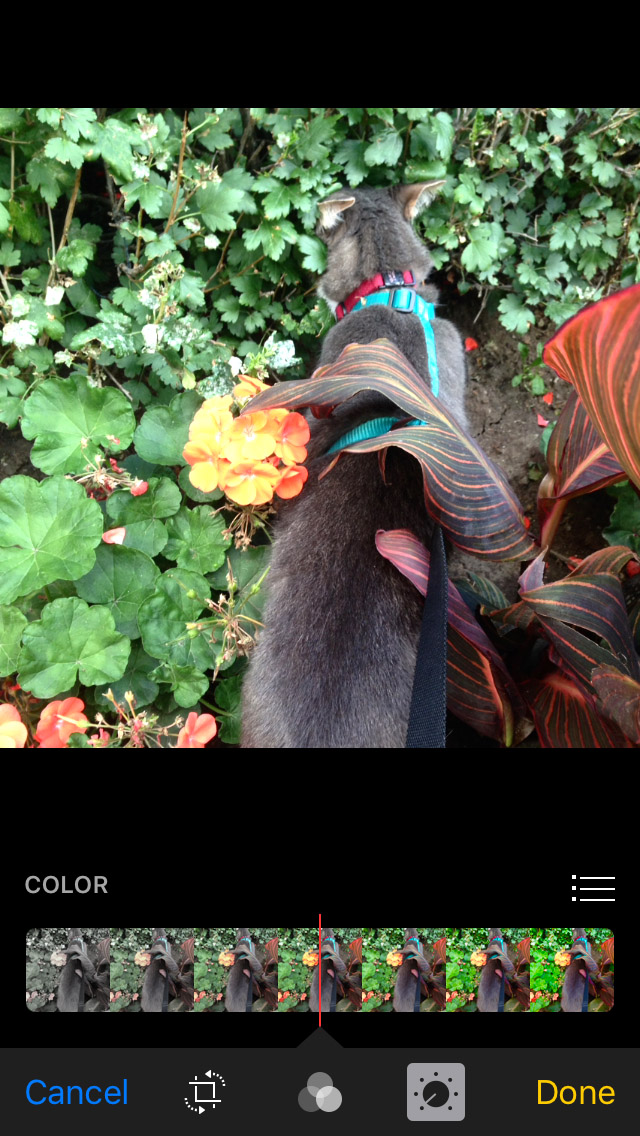 I’ve always relied heavily on third-party apps to edit and crop my smartphone images, so I was surprised to find out this year that the iPhone “Photos” app actually has a pretty killer image editor built right into it. It’s not dynamic enough to build, say, a tonal mood board on Instagram, but it definitely has enough functions to get your images nice and shiny for family sharing!

I don’t have a lot of family photos on my phone, so I used an image of my cat Tuna to help show off some of the app’s functions. There’s an easy-edit “magic wand” in the corner of the screen (on both Apple and Android devices) that automatically sets things like contrast and saturation, but you can tweak each function individually, as well.

On an iPhone like the iPhone 6s Plus, you can use the Photos app to do things like crop, 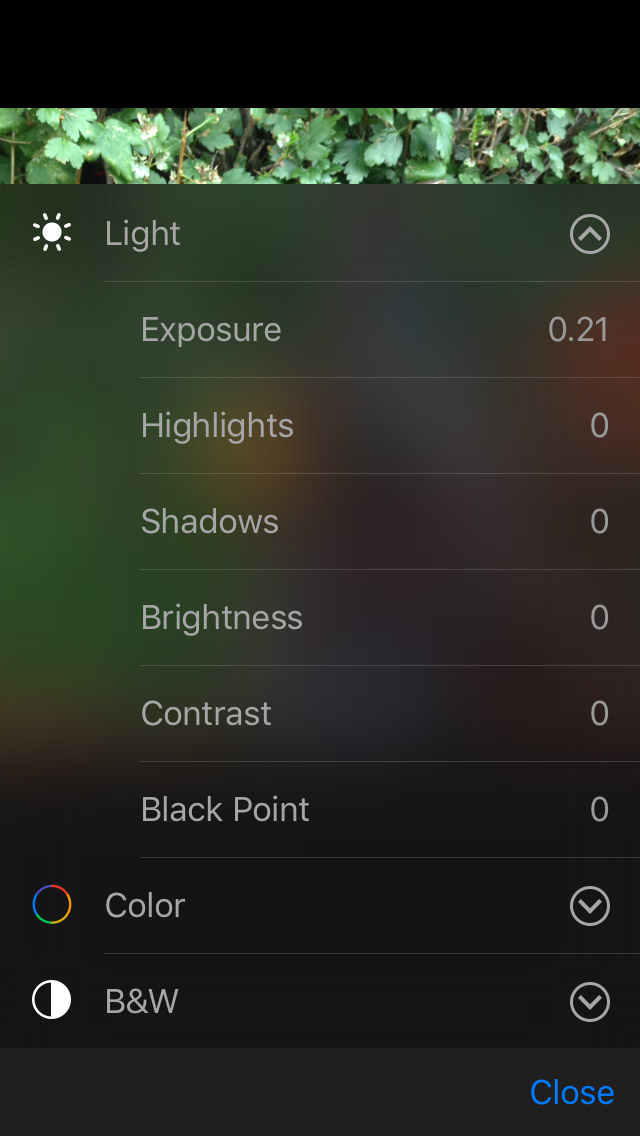 rotate, desaturate, and tone your images, and you have control over things like adjusting highlights and shadows to minimize image hot spots. On an Android phone like the Samsung Galaxy S7, the standard Photos app is a little more utilitarian – think pre-set filters and less customization, but the ability to quickly draw on an image or overlay another one.

Taking editing above & beyond

The photos app on most smartphones is great for your basic cropping and editing, but it’s usually a pretty limited app. That’s where additional applications from Google Play or the App Store come in handy!

Apps like VSCOcam and Snapseed are great for adding additional filters to your images, and PicsArt is an amazing addition to any smartphone for anyone who wants a mini image editor at their fingertips. Not only will these apps help you with your basic editing (things like correcting exposure and contrast), but they’ll let you add old camera effects, smooth over any blemishes, and overlay frames on top of the images. They’ll even help you edit in split-toning and brushstrokes, for the image-obsessed out there! 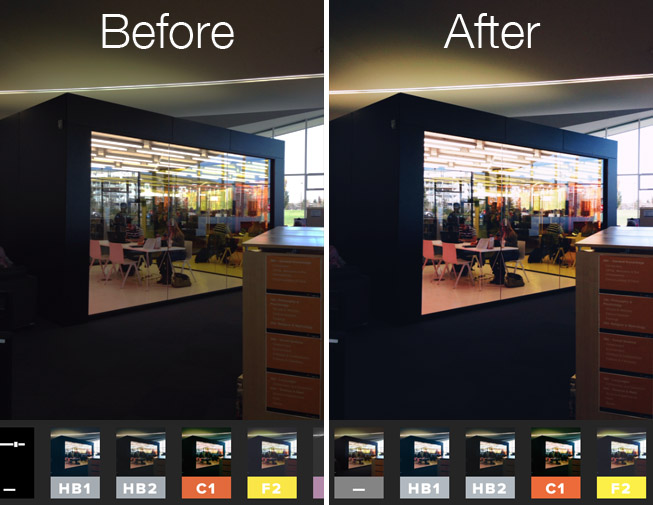 Once you’re done editing and cropping your images, sharing is easy. Just take your final image (whether it’s saved on top of the original by your Photos app or saved as a copy by a third party image editor), upload to a text message, email, or social media app, and share away!

Featured images via my blog, theNotice.