19-in-1 and 30-in-1 sets are pretty similar, apart from size. Each set will get you the electric screwdriver, a USB charging cable, a carrying case, a collection of magnetized screwdriver bits in different shapes and sizes, and 7 nut driver attachments that allow you to tighten nuts and bolts as well as screws. Each set also includes an extension rod for your screwdriver (for those just-out-of-reach spots). Both sets are perfect for common repair jobs around the house.

The 30-in-1 set features an additional 10 screwdriver bits, many of which are smaller sizes for more precision-oriented tasks, such as eyeglass repair. It also has a manual screwdriver (compatible with all included bits) for quick fixes that don’t call for electric power.

The 55-in-1 set is where it gets more interesting. In addition to the basic set, it has a whopping 55 driver bits—ranging from standard sizes to ones so tiny you can barely see the tips. It also includes a small magnetic mat to keep your screws and bits in place as you work. And finally, it also has a magnetizing tool (so you can magnetize or demagnetize your driver bits to suit your project’s needs).

Unlike the smaller sets, it doesn’t include any nut driver attachments, so it’s more suitable for electronic repairs than appliances or furniture, which may require nuts or bolts.

Getting Started with KONOS Electric Screwdrivers

KONOS electric screwdrivers are super easy to set up as they come pre-charged and with all your driver bits readily laid out for you. Simply open the carrying case, remove the screwdriver, add whichever bit or attachment you’d like to use, and you’re ready to go!

While setup is easy, I did struggle a bit with the carrying case for the largest (55-piece) set. Unlike the other cases, this one hides your bits and attachments beneath a removable magnetic side panel. What I didn’t realize is that there are removable panels on BOTH sides (knowledge that would have saved me a few minutes of head-scratching as I wondered where the other half of the pieces might be). Thisalso means you can’t peruse the whole collection of bits at once, as the two halves are on opposite sides.

The screwdriver itself is stored in a clear tube attached to the side, which requires a little bit of effort to remove. The tube is sealed with two black stoppers, which are small and could easily be lost of misplaced, preventing you from storing your screwdriver properly.

Other than these nit-picks, each set is incredibly easy to use. The screwdrivers have only 2 buttons: Forward and Reverse, and that’s about all the instruction you need. Press Forward to drive a screw in, and press Reverse to turn one back out. It’s that simple. The screwdriver in the 55-in-1 set also has an LED at the tip to keep your work area bright at all times, so you’ll never have to force an unwitting helper to hold your flashlight ever again.

It charges with the included micro-USB cable that can connect to most computers or a wall charger. It takes about 45 minutes to fully charge.

Overall, KONOS electric screwdrivers are quick and easy to set up and use right out of the box. I had mine out and operational in under five minutes.

Putting KONOS Screwdrivers to the Test

The first thing I tested out was a pair of my old sunglasses. The temples had become a bit loose over time, but without a screwdriver small enough for its tiny screws, the glasses had been collecting dust for a few months. It took me a few tries to find the correct bit size, but the 55-in-1 kit had one that worked perfectly. The screw went both in and out incredibly easily with minimal pressure.

One of the most common household screwdriver tasks is assembling or repairing furniture, so I wanted to see how KONOS would perform on a small cabinet I have. Again, I didn’t get the screw bit size right on my first try, but once I did, I was removing and replacing screws in seconds. It worked great on both the cabinet knobs and hinges. The LED included with the 55-in-1 screwdriver was invaluable when working inside the dark cabinet. I did have to apply a bit more pressure than on the sunglasses, but the screws were secured more tightly than with the similar effort with a manual screwdriver.

Since KONOS screwdrivers are designed for computer hardware, I wanted to see how well they did with something simple: removing the back casing from an old laptop. I decided to first remove and then replace all 8 tiny screws with a manual screwdriver, and then again with a KONOS screwdriver to compare. It took me about a minute to remove the back with a manual screwdriver, but putting them back in was super frustrating. The screws just wouldn’t line up to go back in properly. After a few doomed attempts, I gave up and switched to the KONOS screwdriver, which had the first screw back in in seconds. Needless to say, KONOS passed the test with flying colours.

Is a KONOS Screwdriver Worth It?

I was really impressed with the quality and simplicity of the KONOS electric screwdrivers—especially the 55-in-1 set with all its extra features. Each screwdriver is intuitive and easy to use with great results with very little effort. Overall, these are excellent tools to have around your home.

Whether or not a KONOS screwdriver is for you will come down to your specific home-repair needs. If all you use tools for is occasional furniture assembly, a manual set will get the job done without the added expense of an electric screwdriver. But if you do a lot of computer or appliance repair around the house (or you’re a dedicated hobbyist), a KONOS screwdriver could be a valuable addition to your tool box.

Each set has its own strengths and is intended for different tasks, but the 55-in-1 kit definitely has the most value. Not only does it have the most screw bits and attachments, but it also has a ton of features that the other sets don’t (and at only $10 more than the 30-in-1 set).

Check out the KONOS electric screwdriver sets and decide for yourself. Whether you’re handy or not, you’re sure to benefit from one of these useful sets. 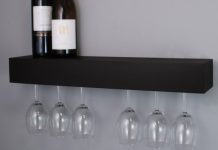 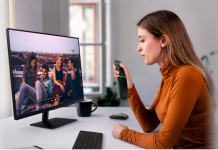 How to be efficient in your home office 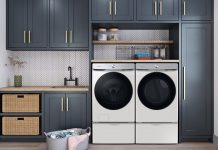 The secret to doing laundry faster and easier