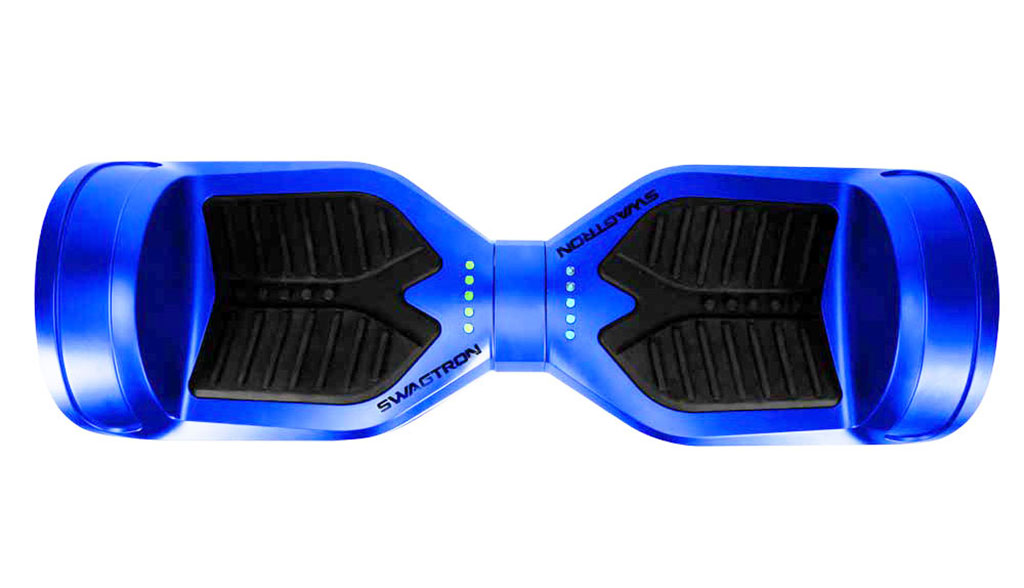 My parents had me over for dinner last week along with my brother, sister-in-law and their four kids. During dinner I brought up the fact that I had recently been sent a Swagtron Hands Free Hoverboard to review for Best Buy, and before I could even finish my sentence, I was bombarded with questions from four envious pre-teens. As it turns out, the very hoverboard in my possession was at the top of each of their Christmas lists this year.

I have to admit that I was a little taken aback at their reaction. I mean, I have seen these hoverboards around town, but hadn’t really wrapped my head around their cache. Were they really “the next step in the evolution of transportation” as Swagtron claims? I wasn’t sure, but given the “cool factor” that was bestowed upon me during that dinner by my nieces and nephews, I was eager to take the Swagtron for a test ride and prove that I was, in fact, an awesome auntie.

What is a hoverboard? 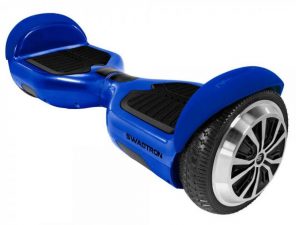 Before I talk about my experience with the Swagtron Hands Free Hoverboard, I thought I’d give a very brief overview of what a “hoverboard,” or “smart board” as some people call them, really is. Contrary to their name, hoverboards do not actually hover. Misleading? Perhaps, but I think it would be a bit naïve to think that everything Marty McFly experienced in Back to the Future would become a reality in our lifetime­. Instead, a hover board is a self-balancing two-wheeled scooter that is controlled by shifting your body weight.

In addition, it features several indicators including power level and Bluetooth connectivity indicators on its face, as well as three movement indicators to let others know when you are on the move. Those indicators will turn red when you are braking, blue when you are accelerating, and green to indicate your turning direction.

The Swagtron also comes equipped with Bluetooth, so you can pair your audio device with it and roll along to your favourite songs being played through the Swagtron itself. I found this feature to be somewhat embarrassing when I was testing the unit because I felt it brought undue attention to what I imagine looked like a baby gazelle trying to walk for the first time. However, I can see this as being a pretty cool feature once you can ride the Swagtron well enough that you don’t look like a complete fool.

The very first thing I noticed when I received the Swagtron was its weight. At 22 pounds, it is not exactly something you can latch on to your backpack for use later
in the day. That said, considering the fact that it comes with a lithium-ion battery pack and can withstand up to 220 pounds, its weight makes sense.

In addition to the unit itself, in the box were a charging unit, user manual and rubber bumpers. I didn’t know how to use the rubber bumpers, as it wasn’t made clear how to do so in the manual, so I didn’t. One thing that did bother me about the user manual was the fact that its front and back covers were printed upside down. Not sure if that was intentional, but it irrationally irked me.

Once I had all the components out of the box, I flipped through the manual to see how to charge it, and then plugged the device into a wall outlet and let it get juiced up. It took about 3 hours to charge fully, and then I was ready to pair it with my smartphone via Bluetooth. Doing so was exceptionally easy. Once you power on the Swagtron unit, it will say “Waiting for Bluetooth Connecting” and you either pair it with your audio device for the first time, or wait a few seconds for it to pair with what you’ve already paired it with in previous sessions. Then, it was off to the races.
Testing 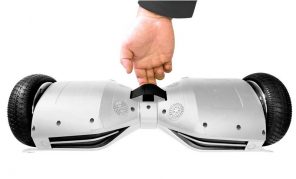 To be completely honest, I was terrified to test the Swagtron T3 Hoverboard. I am so accident prone I have literally hurt myself while sleeping, so needless to say, stepping on a 22-pound hover board was enough to elicit some element of terror from within­–and that’s why I wore a helmet.

But before I get to the actual testing of the Swagtron, I wanted to make note of something that happened while I was walking to my first testing location. The Swagtron comes with a built-in carrying strap on the bottom of the unit for “easy transportation” but as I was walking to my testing area, the strap broke and the unit dropped a couple of feet on to cement. Not only did that leave it marked with a number of scratches, but also the rim over one of the wheels cracked. For the price of the Swagtron I was really disappointed that a relatively small fall would cause so much damage.

As I mentioned, I am accident prone, so before my first ride, I strapped my bike helmet firmly onto my head. Here’s where things get a little funny. I’m not all that old. Well, I’m a couple of years to 40, but I have no problem taking risks. I’ve cliff dived in Mexico, I’ve done the four day hike to Machu Picchu in Peru, I’ve sky dived … the list goes on. However, stepping on to the Swagtron was one of the most awkwardly scary moments of my life. I had visions of myself falling backwards and breaking a bone, or falling forwards and, well, breaking a bone.

Once I did get the hang of stepping onto the Swagtron, figuring out how to make it move was a whole other story. Thankfully it comes with two settings, Learning Mode and Standard Mode, so I obviously had it set to Learning Mode. That doesn’t mean I grasped on to it very quickly. My first test was laughable and I pretty much just went in circles. My second was a little less embarrassing and I managed to move it forward quite a distance but with flailing arms the entire time, which contradicts its instructions to not make any sudden movements. After five times trying the Swagtron out, I gave up and let a friend give it a whirl. He too struggled with making it “go” and we both came to the realization that we are not the target demographic. This became especially clear when I went onto YouTube and saw endless videos of kids my nieces and nephews age who made it look SO EASY to ride.

I do believe that I would eventually get used to the Swagtron and its nuances of movement and be able to control it in a non-jerky manner, but my fear of injury simply got in the way. It is also very hard to dismount, and I would pay to see someone do it elegantly! I simply looked like my feet were on fire and in an attempt to get away from the flame would launch myself into the air and stumble for about 20 feet until I regained my bearings.

Would I purchase the Swagtron T3 Hands Free Hoverboard for myself? No. Does it have a cool factor? Yes. Could I see my nieces and nephews racing each other and having an amazing time for hours on end? Absolutely! In fact, if I were to give them each a Swagtron tonight, I would be the best auntie of the year, and could actually see them getting off their electronic devices for hours and hours on end. I could even see them riding to school on their Swagtrons instead of walking.

I’m not saying that you have to be a certain age to enjoy all that the Swagtron has to offer, but I do believe you need to be a certain kind of person. I like to take risks, but as someone approaching 40, those risks are limited to tossing myself out of an airplane or off a bridge. The idea of scooting around town on a skateboard-scooter hybrid and navigating my dismount just doesn’t float my boat.

What type of ebike is best for you? 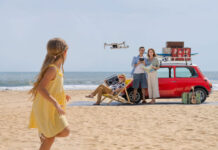