Did you know that Bulova made the only privately owned watch that travelled to the moon? Commander Dave Scott wore his own Bulova Lunar Chronograph on the Apollo 15 mission that launched on July 26th, 1971. That mission captivated television audiences who watched history unfold. Now, Best Buy is giving you a chance to win a piece of history: the prize for this contest is the re-edition Bulova Moon Watch, a replica of that historic watch that was designed for a walk on the moon. NASA gave US government approved watches to every astronaut in the 1960’s and 70’s. However, the crystal face of the government issue watch worn by Commander Scott broke off just before he was to exit the Lunar module to walk on the moon. So, he used his personal backup, the Bulova Lunar Chronograph—and history was made!

That watch was customized to withstand astronomical conditions and it certainly did that, surviving the harsh conditions and returning to Earth, a little worn, but working. It eventually was sold at auction for over $1.6 million (US).

You probably are already aware that every Bulova watch is special. I fell in love with mine the moment I saw it in a jewelry store—I was very happy when I saw the exact same watch online at Best buy for a much lower price and am glad to have bought it—even if it isn’t a Moon Watch!

The modern version of the Bulova Moon Watch is very similar to the original. Here they are side-by-side:

As you can see there are a few differences (notably the date window on the bottom right of the re-edition) but they are almost identical. I love that they kept the elongated pushers instead of the traditional button pushers of most Bulova watches. It’s vintage, historic, and incredibly functional by keeping time like few other watches can. And it can survive tough conditions. Though you might not take it to the moon, it is rated for up to 50 metres underwater!

Of course, you can just purchase this watch or one of the many fashion watches at Best Buy. Or you can enter this contest for a chance to win one to make your story of how you ended up with a Moon Watch a bit more interesting.

Entering this contest is easy but you can only enter once. In a comment below, tell us what you like most about Bulova watches. Do you have a special “Bulova” story? Let us know in a comment for a chance to win.

At the end of this contest we will draw one winner from all eligible entries to receive a Bulova Moon Watch.

This contest runs from December 4th until December 16th.

Remember you can only enter once but you probably know someone who loves history, or loves watches, and you should share this contest with them, so they too have a chance to win. 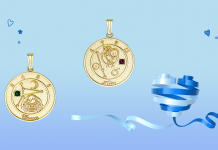 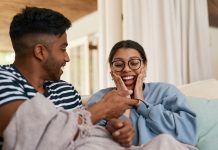 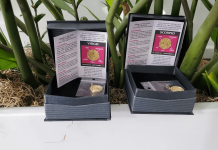