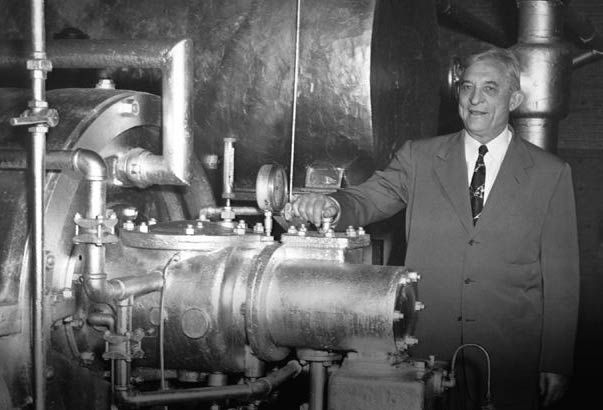 I’m one of those people that tend to run hot. Yup, it’s true. I’m that person wearing a tank top in May when the rest of the city is clad in spring jackets. I’m that person who is lobster-red at and dripping in sweat five minutes into a cardio class at the gym while everyone else remains cool and dry. And now that spring has arrived and the sun has decided to pay us a visit once again, I am that person sweltering in an apartment that features fantastic windows; all of which face west. Needless to say, air conditioning and I are friends.

Interestingly enough though, as I set out to write about how much I adore machines that cool the air around me and make me much less cranky, I discovered that air conditioning was not initially intended to make our lives more pleasant. In fact, much like the vast majority of modern conveniences and home appliances, the air conditioner has roots in industry.

The Father of the air conditioner

While the basic concept of air conditioning is said to date back to ancient Egypt where reeds were moistened in water and hung in windows to cool the surrounding air, the first modern air conditioner has only been around since the early 1900s. The man responsible was Willis Haviland Carrier, an engineer who in 1902 decided to go toe-to-toe with the laws of humidity to solve an application problem at a printing plant in Brooklyn, New York.

Only one year out of university Carrier was challenged by his employer to stop humidity from wreaking havoc with client Sackett & Wilhelm Lithographing and Publishing Co.’s colour register of fine, multicolor ink. When applied, the ink would misalign with the expansion and contraction of paper stock, causing a whole lot of poor quality prints, and subsequently, a whole lot of waste.

Then one foggy day, Carrier was chilling (pun intended) on a train platform in Pittsburgh, and as he looked through the mist he realized he could dry air by passing it through water to create fog, which would make it possible to manufacture air containing specific amounts of moisture, and keep paper from wrinkling and ink aligned. It took one year for Carrier to complete his invention to control humidity, which was the building block for air conditioning, as we know it today.

Today, air conditioning is everywhere. It is in our offices, in our homes, in our cars, yet strangely missing from public transit. It’s a convenience we take for granted until we are forced to face a summer day without it. And while today’s air conditioners still operate on the same fundamental science as Carrier’s system, they now incorporate things like controls, sensors, and advancements in vapor compression, and energy efficiency. Let’s take a closer look at two of the most popular types of air conditioners – portable and window. 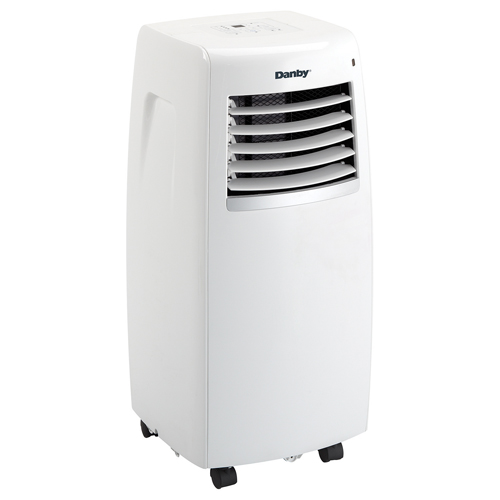 As the name would suggest, portable air conditioners are by their very nature, well, portable! Shocking, I know. That doesn’t mean you can toss them in your backpack and take them with you though on those horrendous summer bus trips to the office. Portable they may be, but they are intended for the home and come in different sizes to accommodate different square footages.

The Danby 10,000 BTU Portable Air Conditioner is a very popular model that can cool air from sweltering to comfortable within a 450 square foot range. So, depending on your home, that might mean it can keep your entire apartment living, dining, and kitchen nice and cool, or perhaps a den or rec room in a larger home. The great thing about this unit though is that it is on castors, so you can wheel it from room to room as needed, which means you don’t need to buy multiple to keep your whole space cool. It also comes with a remote, which means you can control it while you lay in crisp comfort on your couch. Throw in a glass of vino and a cheesy chick flick, and that sounds pretty darn good to me. 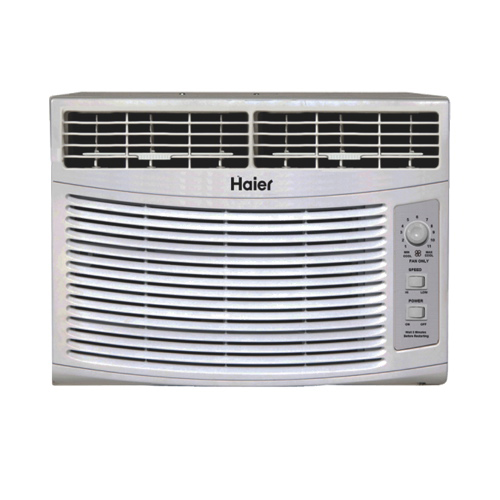 Again, no surprise here, window air conditioners are built to fit into windows, including those that open vertically or horizontally. The nice thing about window air conditioners is that unlike portable conditioners, they don’t take up any room in your home. That said, it you are a renter like me, they may not be permitted because they do stick out of your window, which to some isn’t the most aesthetically pleasing of situations. If only I owned my apartment! Anyway, I digress. Window air conditioners are ideal for keeping smaller rooms cool and comfortable and are very easy to install.

Take the Haier 5,000 BTU Window Air Conditioner for example–with its environmentally friendly coolant and two fan speeds, it is the perfect fit for a master bedroom or smaller living space. And, unlike its predecessors of the mid 1950s, which you may have seen in motel and hotel rooms across North America, when turned on, it does not sound like a jet plane is taking off 10 feet from your head.

The bottom line is this: the vast majority of humans are much more pleasant when not uncomfortably hot. So I think it goes without saying that we all owe a big thank you to Mr. Carrier for the epiphany he had while waiting for a train in Pittsburgh. If it weren’t for him it is very possible we would all be cooling ourselves with paper fans and complaining incessantly about the heat. With that said, air conditioning is readily available and affordable for anyone who seeks comfort, so if that’s you, do yourself a favour and look no further than air-con!