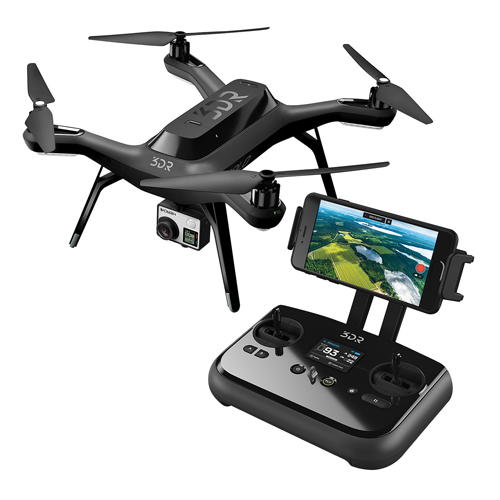 Every Christmas, my kids or wife buy me some remote-controlled gadget. One year it was a hot sports car, the next a monster truck. My favourites have always been the little remote-controlled helicopters. Unfortunately, while I am a crackerjack pilot in video games, in real, remote-controlled life, I pretty much suck. Every year they’ve gifted me a helicopter, I’ve crashed it beyond repair within days. I just can’t seem to get the flying down. I usually overcorrect and send the thing careening into the cat or something. However, this year they gave me a little beginner drone with a really blurry non-video camera built right in. Months later and the thing is still intact. That’s the beauty of drones; while they are not simple to fly, they are a lot easier to control than one of those little toy helicopters.

Which Drone is Right For You?

That ease-of-use, coupled with increasing affordability, has propelled drones into the mainstream of gadgets today, making them truly a hobby item, where once they were solely the realm of the military and professional cinematographers. And there are a lot of choices out there, from the simple and small, like my mini blurry-cam drone, to the pro-grade quadcopters with all the bells and whistles. So, as someone just considering a first drone purchase, where do you start? If you’re like most amateur drone enthusiasts, then you want something that’s fairly simple to control, and that can record a wide range of activities and landscapes at high definitions. You’ll likely want something that can have some range, and can as easily record aerial views of your kids’ soccer games, as well as the family barbecue. So, let me run you through a couple of options as to which drone is right for you: sport enthusiast.

First off, if you want a good drone, it is an investment. Sure, I love my little mini blurry-cam drone, but aside from occasionally using it to zoom around the house, buzzing the cat and scattering my wife’s important papers everywhere, I’m really not using it that much. If I had a more expensive, pro—grade drone, I would certainly be out there making amazing videos of the forests and landscapes outside my door. I would probably also buzz the neighbour’s cat a few times, too. He keeps leaving little presents in my yard. But, if you want to get into drones, spend the extra cash and invest in something that is worth it, with a HD cam and superior controls and flight time. It will make the experience, and footage, that much better. Here are a couple of great options to think about. 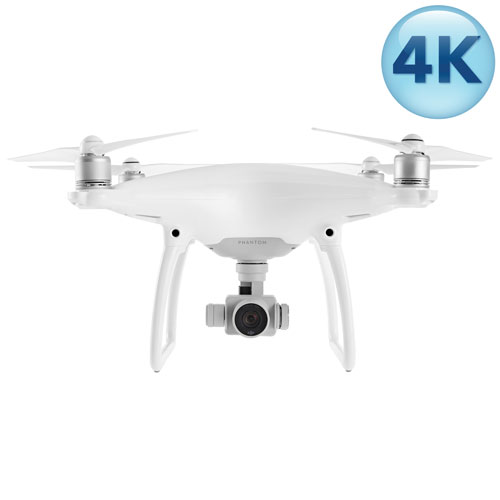 As my fellow Best Buy blogger Leo said in his review, the DJI Phantom 4 Quadcopter Drone is a pretty impressive little flying machine. It is a cutting-edge drone that is easy to use, and delivers crisp, clear footage. What makes it such a desirable drone?

With the DJI Phantom 4’s Tap To Fly feature, you use your smartphone or tablet (and the Phantom 4 app) to simply double-tap the location on your screen where you’d like your drone to fly (right from the Phantom 4 camera’s existing field-of-view), and that’s where it goes. Want it to return to you? Just tap again, and Smart Return Home brings it right back to you. It also has Sense and Avoid tech, featuring front obstacle sensors and an advanced computerized vison, so the drone reacts to and avoids obstacles in its path. That means it’s easy to fly outdoors and in. My cat would be much safer if I owned this drone.

With just a few taps, the Phantom 4’s ActiveTrack technology makes tracking a moving subject a snap (or rather, a tap). The 4K camera lets you easily and continuously track and film any subject, while flying in any direction or along any flight path, without using a beacon or band. It is also great for filming fast-moving action. Just engage the Sports Mode, and it can reach a top speed of 72 Km/h. And thanks to a light construction, it can keep in the air interruption for as long as 28 minutes on a single battery charge. 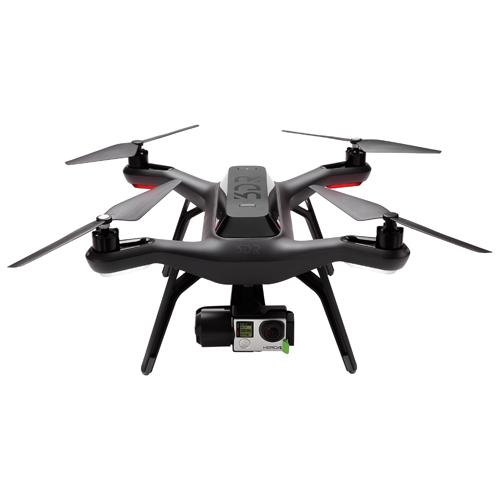 Built especially for the GoPro cameras, the 3DR Solo is ideal for people who already own GoPros and regularly shoot HD footage of their activities. And as Leo says in his overview of the 3DR, this is not your typical drone! With both the controller and the drone itself powered by 1GHz ARM Cortex-A9 CPUs, you can bet you’re in for superior flight control and footage.

Cinematographer of the Skies

Those wicked CPUs allow you to automatically control both the drone and your GoPro positioning in-flight. So, whether you are a beginner or a pro, you’ll still be getting awesome and sweeping shots with just the push of a button. And the 3DR’s Smart Shots technology features automatic scripted camera moves that mimic the familiar tricks of Hollywood directors. How cool is that?

The 3DR Solo features a video game-inspired controller with dual flight control sticks, a built-in display and programmable buttons. There’s even a pause button so you can literally “freeze” the drone in mid-air if you run (or rather fly) into trouble. You can also fit a mobile device (like a smartphone or tablet) to the controller’s arm, so you can monitor real-time HD video from the drone. It also gets about 20 minutes of flight time from a single charge.

In the end, if you are in the market for a drone and don’t already own a GoPro camera, I’d consider the DJI Phantom for its ease-of-use and 4K camera. However, if you already own that nice GoPro, and want to upgrade your HD filming experience, I’d opt for the superior cinematography, control and options of the 3DR Solo. What do you think? Is there a better drone for beginners? Let me know in the comments section what you consider would be the right drone for sports enthusiasts.