Every gamer knows that sound is as important as graphics in a game. You want to hear booming explosions, crackling fires and screeching tires. The gunshots need to sound realistic, and positional, so you know where they’re coming from. That’s why you’ll find a wide range of gaming-specific headsets out there, designed to give gamers the sound experience and features they need to stay competitive and immersed in their virtual worlds. I recently had the chance to test out the ASUS ROG Strix Fusion 500 Gaming Headset, created just for competitive gamers and amateur enthusiasts alike, and here (or is it hear) is my review. I know most PCs come with speakers, and a lot of current gen monitors have sound, as well, but if you game, then you need headphones. Why? Well, first of all, a good set of gaming headphones will give you full and immersive sound. You want to be able to hear the footsteps of enemies behind you, or overhead. You need fast, lag-free sound so you can react and frag your foes. Having great sound is as crucial to gaming success as having a lag-free internet connection, and fast mouse fingers.

The second reason is your family. While you’re blasting aliens and slaying orcs, your family does not want to be hearing the screams of agony or bursts or gunfire while they are playing a game of Exploding Kittens in the living room. So, you need a headset that blocks out all that unwanted noise, isolating you in your virtual world, so you can get down to business.

ROG Strix 500 Fusion out of the box

The very cool, diagonally cut box opens to reveal your ROG Strix headphones, and some extra ear cushions. Under the headphones is the USB connecting cable and usual documentation and quick start guide.

These are pretty solid headphones, with a very nice chrome gold polished metallic finish on the outside of the phones. Each headphone features lighting that can be customized using the ASUS Aura app on your desktop or mobile device. The bottom of the left earphone has an on/off switch for virtual surround sound, and that’s about it as far as buttons go. The controls for the headset (fast forward, rewind and volume) can be accessed on the left side of the headset. That bud features touch controls, so all you have to do is swipe up or down on the metallic side to change the volume; left and right to change tracks; and press and hold to turn it on and off. I have to admit, it is not very intuitive at first, and unless you look it up, the documentation doesn’t really spell it out. Also on the left earphone is a flexible boom mic that can be stowed away by bending it upward and pressing it into the headphone. That action also mutes the mic. The headset is a little snug, and I have a bit of a small head. But, it is adjustable, and feels quite comfortable. There are extra headphone cushions included with the headset, and they seem a bit lighter, and made of material rather than faux leather, although I just used the default set and they seemed fine. I didn’t sweat while using them, and they were very comfortable on my ears. The headset band also has soft and cushion-y padding.

The other design-related thing I think needs to be discussed is the lack of wireless support. There was no 3.5mm cable in the box, just the USB to microUSB cable, so I assumed this was a wireless headset. So, I plugged it in for a few hours to charge it before use, unplugged it, and it didn’t work. I was pretty confused until I realized that the USB cable had to be connected at all times. The two-metre cable is fine though if you are sitting in front of your PC gaming, however it may be a tad too short for Playstation gamers who want to veg on the couch and play while their console is way over on the mantle or somewhere more than two metres away.

Setting up the ROG Strix Headset

I followed the quick start guide and downloaded the Aura app onto my desktop. This allows you to fiddle with the RGB lighting on the side of the earphones, and synch it with other ASUS products with lights or other headphones worn by your teammates. It was really an easy PC setup, essentially plug and play after downloading and installing the software. For Playstation use, it is just as easy. Plug it in, go to your settings under sound, and choose the headset. As I said, the headset fits a little snug, but it does feel very comfortable. I used the faux leather ear cushions, and even after several hours of gaming my ears were not sweaty or uncomfortable. I found the touch controls a bit fiddly. But, since I don’t use my PC for listening to music, it wouldn’t be that big of an issue for me.

When it comes to sound, though, the ROG Strix Fusion 500 delivers. I usually use a good name brand headset, but the Fusion 500 blew it away in terms of audio capabilities. The snug fit serves to isolate your ears and kind of create a private listening chamber. The headset gives you really punchy bass, and crisp clear highs. Even mid-ranges seem fuller with this headset compared to my usual set.

What sets the ASUS ROG Strix headset apart though, is the 7.1 virtual surround sound feature. Just touch the button on the left earphone and the audio gets a nice boost, delivering optimized and more realistic sounds. I could hear the footsteps in games like Fortnite much more clearly and could pinpoint their direction more precisely. Best of all, thanks to the snug earphone fit, the sound doesn’t escape to the outside world, letting you enjoy the game while others enjoy whatever the heck they’re enjoying. The ASUS ROG Strix Fusion 500 Gaming Headset is the kind of headset I can see being appealing to competitive gamers and amateur enthusiasts alike. It has a solid and attractive build. You can synch it up to your ROG Strix computer for cool, RGB lighting effects. That’s great for competitive gamers who want to synch up their headset colours while playing.

It is also a comfortable headset to wear for extended playtimes. I used it for about three or four hours in a row while playing Fortnite and it felt great throughout. It is a bit clunky to use if you were pairing it up, say, with your Playstation VR headset. I tried that (the Fusion 500 is compatible with Playstation and Mac, thanks to the USB connection) and while it did indeed fit while wearing the VR helmet, it was a tad awkward feeling. Also, depending on where you have your Playstation located, you may need a USB extension to use these from your couch.

In the end, these are great sounding gaming headphones that really do deliver superb audio quality. You will get full, crisp and clear audio and pick up on audio details in games you hadn’t noticed before. I wish they were wireless and that the touch controls weren’t as fiddly, but otherwise I would definitely recommend them to gamers of all levels.

Check out all the gaming headphones available online at Best Buy. 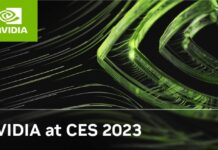