One of the most impressive laptop trends I’ve seen over the past five years or so is the ability for manufacturers to pack performance in an increasingly sleek package. The LG Gram 16 is the latest—and most impressive—evolutionary step forward. This is a high performance laptop with an expansive 16-inch display. Despite specs like an 11th generation Intel Core i7 CPU, a 16-inch WQXGA display and military-grade durability, the LG Gram 16 is considerably lighter than my 13-inch laptop. In fact, it is the Guinness World Record holder as the lightest commercially available 16-inch laptop in the world.

I just wrapped up testing an LG Gram 16. If you’re looking for a big laptop that’s light enough to pick up and take anywhere, this one has your number. It’s also built to Intel’s EVO standard, which means fast, responsive, and long battery life.

First impression: this is one ultra-light laptop

With processors delivering more performance than ever in smaller and more power-efficient form factors and SSDs replacing hard drives, the term ultra-light gets thrown around a lot with laptops.

However, the LG Gram 16 is a true ultra-light. When I picked it up, it was a real disconnect. It’s too large to weigh so little! The laptop felt unnaturally light. It’s thin—but not incredibly so—and that makes the light weight even more startling. There was a little bit of flex to the keyboard deck and at first, I thought the body was plastic, but LG says it’s magnesium alloy.

If you’re worried that thin and ultra-light means fragile, that is definitely not the case. The Gram 16 passes U.S. military MIL-STD-810G durability standards. That means tests for a range of punishing conditions including being dropped, subject to vibration, pressure on the lid, temperature extremes, and dust.

Second impression: it has a really nice display

Opening the lid of the Gram 16 and powering it up reveals another outstanding feature. It has a great display, especially if you plan to be using the laptop to get work done. Which is probably the case, if you’re choosing a 16-inch laptop …

Besides the physical size, it has a WQXGA display. That’s not 4K, but it is high resolution and at its native resolution the text looks razor-sharp onscreen, without being too tiny. The display also has a high degree of colour accuracy, with 99% DCI-P3 colour gamut coverage. Video and photos pop. To top it off, LG went with a 16:10 aspect ratio. That makes the display “taller” than a 16:9 screen, displaying 11% more content onscreen.

I found the combination was well-suited for writing, spreadsheets, and made Windows 10’s split screen mode practical.

It also looks very nice for video streaming, which is made even more immersive by the stereo speakers with DTS:X Ultra audio. The downside to the 16:10 aspect ratio is that 16:9 video has small black bars on the top and bottom, but they blend into the bezels so it’s not really noticeable.

Third impression: it is built for performance, and packed with ports

Another pleasant discovery was the the Gram 16 is fully outfitted with ports, and equipped for performance. That’s not always the case when thin and light are a priority. There is a full complement of USB ports. Type-A 3.2 versions offer high speed compatibility with peripherals like thumb drives. A pair of USB-C ports support Thunderbolt 4. You can use one for power, and the other can output 8K video. Or use each to drive a separate 4K display. In testing, I connected the laptop to my 4K computer monitor using USB-C. You also get HDMI, and a Micro SD card slot.

The only issue there is that both USB-C ports are on the same (left) side so you don’t have an option for which way you route the power cable.

Inside, the Gram 16 is equipped with the latest performance components including an 11th generation Intel Core i7 CPU, 16GB of LPDDR4x RAM, M.2 NVMe solid state storage, and Wi-Fi 6. The integrated Intel Iris Xe graphics are responsible for the impressive video output capability. This is not a laptop that’s recommended for gaming—that’s not a discrete video card—but you should be able play online games if you use the Gram 16’s performance mode and keep the effects down.

As you would expect from an Intel Evo platform laptop, the Gram 16 did quite well in terms of battery life. I didn’t come anywhere near LG’s claim of up to 22 hours on a charge, but …

Those numbers are based on maximizing power settings to prioritize battery life, and keeping the use light. I used a more balanced battery setting, cranked up the screen brightness (I hate working with a dim screen), and went with a combination of productivity tasks, streaming 1080p video and and several hours of software installation. I ended up with over 12-hours of use on a single battery charge. That’s a long day of real use on a big-screen laptop without needing to plug in the USB-C charger, a level that I would consider a win.

What if you want something bigger, like a 17-inch laptop?

The LG Gram 16’s display is a nice size, larger than the 15-inch panel on most business-class laptops without being too big. But what if you do most of your work right on your laptop and you want the largest display possible? LG has you covered with two larger display versions of this laptop. The company offers a Gram 17, outfitted the same as my Gram 16 tester (but with a 17-inch WQXGA display). If you want to maximize storage, there is also a Best Buy exclusive LG Gram 17 with a whopping 1TB of M.2 NVMe solid state storage.

Both of those 17-inch models still come in at under three pounds—less than half the weight of the last 17-inch laptop I owned. And still lighter than my new, 13-inch laptop ….

The perfect productivity laptop for a someone who’s mobile

The bottom line on the LG Gram 16 is that this laptop is ideal for a mobile professional, or a student who needs a laptop with decent performance. It may not be the thinnest out there or the most premium looking, but laptops of this size and class don’t get any lighter.

That high resolution, 16-inch display with its colour accuracy and 16:10 aspect ratio is ideal for productivity. As is the high quality keyboard. The performance, battery life and speedy Wi-Fi 6 ensure you’ll be able to tackle any project and keep at it all day without running for an electrical outlet. And if you decide to plug in for a workstation setup, up to 8K video output and ports for any accessory—new or old—ensure the LG Gram 16 has everything you need. 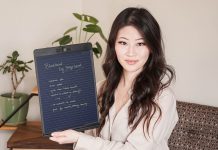 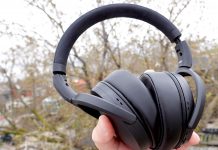 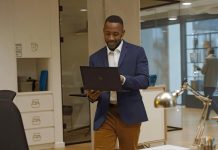 What you need to know about Intel Evo platform laptops