BenQ has released a brand new monitor that looks to break barriers in colour and clarity with modes that have been specifically designed for some very specialized applications. The new BenQ DesignVue Designer 27″ 4K Monitor (PD2700U) is a high-end monitor that may be perfect for the graphic designer or engineer in your life. Throughout the course of this review, we will take a look at the hardware that comes in the box, as well as the performance of the monitor from multiple perspectives.

Setting up this monitor was a breeze; no tools were required. The monitor itself weighs about 15 pounds, but in pieces; I had no issue manoeuvring the components to put the monitor together. In the box, you will find the power cord as well as USB 3.0, HDMI and DisplayPort cables.

A well-designed piece of hardware There are no physical frills with this monitor and that’s great. The physical bezel on the right, left and top of the monitor are nearly non-existent and the bottom bezel is under an inch thick. Due to the size/weight of the monitor and the lack of “give” with the adjustments, you will need two hands to make adjustments. The monitor can shift its height by about six-inches vertically, and it can be rotated or tilted. Like most monitors, the BenQ DesignVue Designer  supports many different angles (including vertical), but I wish that the display had a firm click when rotating clockwise and counterclockwise. This prevents the monitor from being a few degrees off-level. The base is sizeable, but that is to support the large 27″ display. The total profile of the monitor was sleek considering the size of the display. In terms of overall design, this is a traditional flat panel, not a curved display. The BenQ DesignVue Designer supports several different connections. The monitor houses 1 x HDMI 2.0, 1 DisplayPort 1.4 and 1 x Mini DisplayPort 1.4 port as well as a USB Hub with 4 x USB 3.0 ports built-in. These USB ports, however, require an upstream cable in order to work. My pet peeve with the design of the monitor was the buttons. You will find them under the bottom right-hand corner of the display. I did not love how the monitor did not have a small series of physical logos on the bezel or even a distinguishing ridge or bump on the end buttons like the “f” or “j” keys on your keyboard. There were times when I stumbled around the button while testing out the different Picture Modes. This could have been alleviated with more on-screen text or physical design changes. The BenQ DesignVue Designer is aimed at delivering an outstanding experience for a very specific set of professionals: designers (hence the name). This includes graphic designers, photographers and engineers, for instance. The reason for this focus is that the monitor comes with a very specific performance trade-off right out of the gate.

First, the positives. The BenQ DesignVue Designer 4K Monitor focuses on delivering amazing colour and contrast with a very high level of brightness. BenQ touts their AQCOLOR (“Accurate Reproduction”) colour technology as the reason for the great colour on the display; each unit is calibrated at the factory for the best experience out of the box. The colour really pops on this screen. It may seem out of the blue, but watching a BTS music video is always a great way to test the colour capabilities of your monitor. Their videos are typically a pastiche of different coloured sets and costumes and this monitor showed them off with great vibrance.

This monitor boasts a unique feature: the DualView setting. Essentially, if you have split your program windows equally between both sides of the screen, you can set different monitor settings for each side. The use cases for this feature seem pretty limited. The only application I could think of was editing a black photo on one part of the screen while carrying out another task on the other side. Based on what you’re doing with the monitor, you may also choose to use one of the presets like HDR mode or Animation mode. The unit also comes with a “Low Blue Light” mode to reduce digital eye strain when you’re getting closer to bedtime. From a brightness perspective, this unit gets bright. Additionally, it houses a light sensor right below the bottom bezel. If this monitor is being used inside of an illuminated office, by default the screen will adjust its brightness based on the light levels in the room. Beyond the monitor’s great colour, contrast and brightness, it also support a 4K resolution (3840×2160).

For non-gaming applications, this monitor is a stunner, but if you are planning to play a lot of games, you may want to look at another offering. Despite having a 5ms GTG response time, this is a 60Hz monitor. If you have a newer video card and the game that you are playing supports a high frame rate, you will likely see tearing or blur. Watching video at 720p60 or 1080p60 will look good, but if you are playing a newer game (or one that is being updated regularly) and your gaming rig has a newer generation video card (like an NVIDIA GeForce 1060 or 1070), you may notice some blur once the game gets past 60 frames per second. This monitor also does not support either AMD FreeSync or NVIDIA G-Sync.

The new BenQ DesignVue Designer 27″ 4K Monitor (PD2700U) is an excellent unit for designers and non-gaming purposes. Before you buy, think about the task that you will be undertaking primarily with this monitor. If you will be using AutoCAD, Photoshop or other design software, this might become your new best friend. Beyond that, if you complete a lot of colour correcting in your work, you are going to thank the technology gods for bringing this monitor in your life. However, if gaming is going to be the primary use, you may want to look at a different monitor that supports 120Hz or 144Hz, for instance. 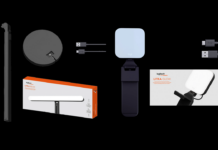