Why just sit and watch TV when you have the option of putting yourself in the middle of your movie, TV show, or game? All you need is a Sony Soundbar and you’ll experience what it’s like to see, hear, and feel every thrilling second of everything you watch or play.

Both the Sony HT-Z9F 3.1ch Dolby Atmos/DTS:X Soundbar and the Sony HT-X9000F – 2.1ch Dolby Atmos/DTS:X Sound Bar offer you 4K HDR compatibility, a new Vertical Sound Engine, and have 5 sound modes to enhance your audio for music, movies, and gaming. You can take your home theatre audio to the next level by mounting a pair of Sony SA-Z9R rear speakers. They’re sleek, discreet, and connect to the Sony HT-Z9F Sound Bar via the built-in Wi-Fi and Bluetooth streaming so you never have to worry about cords and cables.

Fill every corner of the room with Sony surround sound

When you have a Sony Soundbar connected to your television, every seat in the house is the best seat. The Sony HT-Z9F and the Sony HT-X9000F come packaged in a single, slim unit, but don’t let the size fool you. They offer up 7.1.2 surround sound powered by the latest Sony surround technology, the Sony Vertical Sound Engine. Whether you’re in an open concept living room or your rec room in the basement, the Vertical Sound Engine will push out “vertical” sound via the three front speakers.

Because both the Sony HT-Z9F and the Sony HT-X9000F offer you Dolby Atmos and DTS:X formats, all you’ll need to do is connect a single unit and you’ll experience the most immersive audio possible. If you’d like to enhance your sound experience even more, just download the Sony Music Center app and use the built-in Wi-Fi and Bluetooth on the Sony HT-Z9F to connect to the Sony SA-Z9R rear speakers. Because they are wire-free you can mount them in any location in the room without worrying about long wires and cables.

For immersive sound, just click the remote on the Sony Soundbar

With a Sony Soundbar, every movie, TV show, or streaming video gets the upscale treatment. That’s because the advanced digital processing available on the Sony HT-Z9F Soundbar and the Sony HT-X9000F Soundbar upscales everything to a maximum 7.1.2ch sound.

Whether you’ve just downloaded a new blockbuster or you’re tuned into your favourite classic TV show, all you have to do is pick up your remote, click a button, and your Sony Soundbar will convert any audio to immersive surround sound.

From 4K gaming to high action sporting events, there’s an endless amount of entertainment you can enjoy at home. Both the Sony HT-Z9F Soundbar and the Sony HT-X9000F Soundbar will enhance everything you turn on thanks to 4K HDR compatibility and 5 different sound modes.

Tap Cinema mode and you’ll feel as though you just stepped into a movie theatre. Sports mode puts you in the middle of the field and surrounds you with the roar of the crowd, while Game Studio mode, created by PlayStation developers, lets you experience all of the sights, sounds, and intense action of your most-played games. There’s also Music mode to tune you into your favourite songs, and News mode offers crystal clear dialogue to catch you up on the daily news. 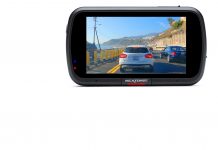 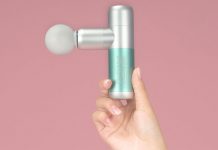