Did you know that your local Best Buy Store will accept a wide range of electronics and batteries for recycling, even if you didn’t purchase them at Best Buy? You may not think twice about them, but your old electronics can be a ticking time bomb, especially the ones that include a built-in battery. Bringing them to Best Buy to be safely disposed of and properly recycled isn’t just good for home safety, it’s also a ‘green’ way of getting rid of your electronic clutter.

Old Electronics and Batteries Can Be a Safety Issue

Many people have a natural tendency to be pack rats, especially when it comes to electronics. You just never know when you might want to use that old iPod again. Maybe in a few years one of the kids will need a laptop for school so that old one you shoved in the closet could be pulled out and dusted off. It will still run Word, right?

The problem is, many of these devices can turn into ticking time bombs as they age, especially the ones that have built-in batteries. Over time, these batteries can expand. That’s bad news. You can end up with corrosive or poisonous chemicals leaching out. With Lithium-Ion batteries (the ones that currently power everything from smartphones to laptops and portable speakers), swelling can lead to sharp edges puncturing the battery pack, which can release toxic gas and becomes a potential fire hazard.

Don’t believe me about expanding batteries? I’m as guilty as the next person of being an electronics packrat—probably more so—and I’ve documented multiple issues over the past few years from my own collection of stockpiled gadgets.

There was a first generation MacBook Air that suddenly began expanding and warping.

I took it apart (not recommended, but I was Apple certified at one point and feel relatively comfortable doing these sort of projects) and discovered the integrated Lithium Ion battery pack had gone from flat to over an inch thick, with enough force that it was pushing up the keyboard and distorting the aluminum case. Yikes …

Then there was the MacBook Pro battery I came across while rummaging through a drawer of spare components (that’s the photo at the top of this post). The expansion was bad enough the pressure blew the battery case wide open. That could have been a disaster.

The latest discovery was my trusty iPod, which has been a decoration for the past decade or so. I glanced at it a few weeks ago and noticed the display was distorted. Wouldn’t you know it, the entire case is being pushed apart by a swelling battery pack.

Don’t Throw Them Out! Take Them to Best Buy

Whatever you do, don’t toss old batteries or electronics in the garbage. That includes disposable batteries like the AAs you might have in a TV remote. This e-waste can leach a toxic soup of chemicals into landfill sites.

Instead, take them to Best Buy where they will be properly recycled. This keeps e-waste out of landfills and groundwater, while ensuring any components that can be reused get a second life.

If you have old electronics, or batteries, or old devices with built-in batteries, check out Best Buy’s Electronics Recycling Program web page to see which items are accepted at your local store. Doing so gets them safely out of your house, you get some green cred, and it’s a lot more fun than going to the local landfill or dump. 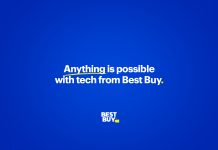 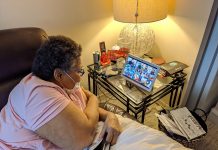