Let’s play a game. Name three revolutionary inventors. Thomas Edison? Okay. Alexander Graham Bell? Classic. Wright Brothers? Great. What about a woman inventor? Marie Curie! Good. Another one? Blank. Granted, there are a lot more male than female inventors. But as International Women’s Day is around the corner, I thought it would be fun to celebrate the women behind some of the inventions that changed our lives. Bonus: all of them influenced products that are available on Best Buy!

Thanks to the invention of the dishwasher, gone are the days when we had to hand wash dishes every day. We have Josephine Cochran to thank for that! Cochran liked to host gatherings and wanted to wash dishes faster without breaking them. Although the first dishwashers were already around at that time, their design was not practical—so she created her own. Believe it or not, only hotels and large restaurants were interested in her invention at first. It was not until the 1950s that the general public started to show interest in her product.

Her company was eventually purchase by KitchenAid, a brand you can still get today!

Dr. Shirley Ann Jackson was the first African-American woman to receive a Ph.D. from the Massachusetts Institute of Technology. Her research from the 1970s laid the technological foundation for the Caller ID and call waiting, but also fiber optic cables, solar cells, and the portable fax. Today, she is president of the Rensselaer Polytechnic Institute and was awarded the National Medal of Science in 2014.

Concerned by the crime rate, security risk, and slow police response time in her neighborhood in New York, Marie Van Brittan Brown went on to invent the first-ever home security system to help make herself feel safer at home. Including peepholes, a camera, monitors, a two-way microphone, and an alarm button to call the police, she received the patent for her system in 1969.

Now we have many options for home security available at Best Buy. You can learn more about these one the blog. For example, Best Buy Blog’s Editor Shelly Wutke reviewed one of the newest home security systems created by Ring.

Dr. Grace Murray Hopper joined the US Navy during the Second World War, after earning a Ph.D. in mathematics from Yale. During her time in the Navy, she worked on a new computer, the Mark I, and wrote the first compiler, which translates instructions into code. She also coined the term “bug” that describes a problem in a computer program, after her associates found an actual moth stuck in the computer!

You might know Hedy Lamarr for her roles in critically acclaimed Hollywood movies, but beyond her work as an actor, Lamarr changed the world forever when she invented a secret communications system during World War II. Using frequency hopping, her invention eventually led to today’s Wi-Fi, Bluetooth, and GPS.

Think of Florence Parpart next time you open your fridge because it’s thanks to her that you don’t have to keep adding blocks of ice to keep your food refrigerated! Cool fact, the modern electric refrigerator wasn’t her first invention. In 1900, she received her first patent for her improved street cleaning machine.

Sarah Boone didn’t come up with the concept of the ironing board, but she did invent the modern version of it we use today. Making it easier to iron sleeves and collars without creating unwanted creases, she received the patent for her improvements in 1892.

I didn’t see this one coming, but it turns out that the beloved board game responsible for countless family arguments has a secret history. For one, the inventor of the first version of Monopoly is not Charles Brace Darrow but Elizabeth Magie, and the capitalist board game (then called the Landlord’s game) was in fact, a critique of the evils of unchecked capitalism!

Now there are many different versions available; for example, at Best Buy you can find many themed versions to match a favourite movie or television series, or a favourite band (like the Rolling Stones shown above). There is even a “Cheater’s Edition” that encourages rule breaking to get ahead. I wonder what Ms. Magie would have thought about that!

Photography enthusiasts, you’ll be happy to know that Katharine Blodgett changed the game with her invention of the non-reflective coating. Sounds abstract? It’s used in camera lenses, eyeglasses, and automobile windows between others. Blodgett was the first woman to receive a Ph.D. in physics from Cambridge University and the first woman research scientist at the General Electrics laboratories. She received many awards during her lifetime.

Talking about awards, Barbara Askins was designated National Inventor of the Year in 1978. Why? Because she invented a method of enhancing underexposed photo negatives while working at NASA. Her technique also proved to be useful for the medical industry and to restore historic photos.

When Bette Nesmith Graham was working as a secretary for the Texas Bank & Trust in Dallas, she wanted to make her everyday life easier by finding a way to correct typing errors. Similarly to the way a painter paints over a mistake on canvas, she started to cover the errors with a liquid the same color as the paper. Liquid paper was created, helping millions of secretaries and students around the world.

Another invention that helped millions is the word processor. Invented by Evelyn Berezin at a time when secretaries still had to manually retype pages for wider distribution, the first computerized word processor simplified their lives and helped journalists and writers. Berezin also created her own company, Redactron Corporation, developed the first computerized airline reservations system for United Airlines, and was inducted into the Women in Technology International Hall of Fame in 2011.

Last but not least, your morning cup (or cups, no judging) of coffee was also influenced by a woman! Melitta Bentz, a housewife from Dresden in Germany, had the brilliant idea to use her son’s notebook to filter coffee, saying goodbye to coffee grounds and inventing the coffee filter. She then went on to create the namesake company Melitta, which still operates today and is controlled by her grandchildren. Thank you, Melitta Bentz!

These 14 women are only some of the amazing female inventors who have changed our lives for the better. Unfortunately, women remain underrepresented in science, technology, engineering, and maths. In fact, women account for only 13.07% of global patent applications according to a recent study by the UK’s Intellectual Property Office (IPO). It might not seem like much, but the proportion of women applicants is (though slowly) increasing. I hope these incredible ingenious women inspire others to follow the same path in the next decade! 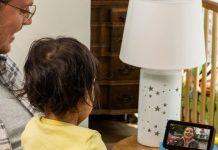 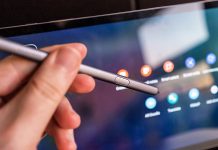 How to purchase a tablet for an older parent or senior 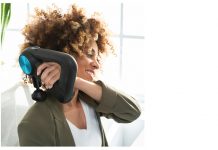 Caring for a loved one? Take time for much needed self-care