When we moved into our new house three years ago, my husband was ecstatic that the 100-year-old home was set up with a gas line. And so began the debate about electric vs gas stoves. “We can get a gas stove and barbecue!” he said. No way, I thought. I was far too worried about gas hook-ups, plagued with thoughts of open flame where my then almost three-year-old was. They’re more dangerous, I thought. But are they really? And do they offer advantages over electric that I’m completely not taking into account?

Fast forward a few years, and it just so happens that our current stove is on the fritz. The left side burners don’t work, and we agree that it’s time for an upgrade. And so this electric vs gas stoves discussion has come up again. Naturally, as is my nature, I started to do some research to determine the pros and cons of each. What is an electric stove and a gas stove?

First, it’s important to break down what defines each type, and how they work.

An electric stove runs off the home grid, plugging into a wall outlet like any other large appliance. A gas stove, on the other hand, needs an existing natural gas line or propane hook up in the house in order to gain its power.

You can get both types as either freestanding or slide-in, depending on your kitchen design and where you want to put it. The cost of the actual appliance is similar for both gas and electric ovens, though factors like brand and other features make them both available for a wide range of price points.

There is, it’s worth mentioning, a third category: dual fuel ranges. These include a gas cooktop along with an electric oven, providing the best of both worlds.

An electric stove is the easier of the two to set up—you can buy a new stove, and have it up and running instantly. To operate it, you simply push a knob or turn a dial and it can heat up fairly quickly. They are also easier to clean, often with a smooth top or flat glass plane that can be wiped down with a cloth or sponge.

With an electric stove, you don’t have to worry about issues like a clogged fuel line or defective igniters. The heat is distributed evenly across the various electric burners. Because the heat relates to a number on a dial, you can figure out the specific temperature you need for a cook, and tap into it the next time without having to gauge by the size of a flame, for example.

Electric stoves can also be more durable and stable, able to fully support even the largest pots and pans for your massive batch of homemade tomato sauce or big pot of hearty soup. You won’t need to worry about properly balancing the cookware, which makes them ideal for less advanced or new cooks.

There are lots of electric stove options from which to choose, available in a variety of shapes, sizes, and types, with different cooktop surfaces, finishes, and designs. They’re also versatile in that you can install them pretty much anywhere in your kitchen (or basement, for those who like to have second stoves), as long as there’s an AC outlet nearby. (Note that you will need a 240-volt outlet.) And because they are essentially plug-and-play, you won’t have to worry about costs for set-up.

Arguably one of the biggest advantages with an electric stove is that they are safer to use, since they use burners or burner surfaces that heat up versus open flames. This can be a dealbreaker for families with young children or toddlers who are prone to fidget with knobs and buttons, and put their fingers where they don’t belong.

When it comes to the oven, an electric one provides a drier, more evenly distributed heat that makes them better for roasting or baking.

Another advantage worth mentioning: usually electric stoves have storage space at the bottom that can be used for keeping cooked dishes warm, or for storing cookware like baking trays. (Though some gas stoves have this as well.)

Of course along with the great ease of setting up and using electric stoves comes some disadvantages. They can be more expensive to use since you’re tapping into the electric grid, and thus contribute to your electricity bill every time you turn it on. This, of course, will depend on where you live and how electricity costs compare to that of natural gas.

If there’s a power outage, you can still use a gas stove, whereas an electric stove will be rendered useless. This might not be an issue for most—there’s always take-out, after all. But if you live in a regions where power outages are common, such as up north in cottage country, you might be better off with gas.

The glass top surfaces of many electric stoves certainly look nicer and are easier to clean. But they can also be less durable than cast iron gas stove tops. It can also stain more easily.

Finally, busy families might appreciate that gas stoves heat up to your desired temperature much more quickly, while an electric stove heats up much slower. If you’ve ever stood by an electric stove waiting impatiently for a pot of water to boil so you can get some pasta ready for the kids, you know how frustrating this can be. As noted, gas stoves can heat up much more quickly, and thus cook food faster. You can also get more precise control since the flames spread along the bottom and sides of a pan, providing a more even, uniform cook. You might find with a large pan on an electric stove, for example, that meat or fish placed near the centre cooks faster and better than food positioned near the edges. Anyone who barbecues at home or at the cottage or campsite over an open flame knows how great the process can be, and how it can add flavour and texture to the cook.

You also have additional options with gas stoves that aren’t available with electric stoves, such as the ability to char and toast food, like peppers; as well as flambé sauces for a yummy dessert.

Gas stoves can offer a lower operating cost, for a number of reasons, especially if you are already paying for natural gas. Gas, as noted, typically costs anywhere from 10-30% less than electricity. While they might still use some electricity to run things like the clock and the lights, it’s likely negligible, at least in comparison to an electric stove. What’s more, since food can cook faster, you’re using the stove less often. This can also be handy for homes that don’t have air conditioning, and welcome not having extra heat distributing through the kitchen during the hot summer months.

Once you turn on a gas stove burner, you get instant heat through an open flame—there’s no waiting for it to heat up to the right temperature, and you can adjust the flame so that you get the exact right amount of heat that you need.

Because the flame is visible, you know instantly if you forgot to turn off the stove, which can be a lifesaver for forgetful folks who often can’t remember if they turned off the stove. It’s pretty hard to forget when you can see a large, bright flame burning, after all!

A gas oven, meanwhile, heats up quickly as well, which can help speed up cooking.

Open flames are great, but do pose concerns, as it can be more dangerous, particularly if you have children or pets in the house. You also need to be mindful never to leave any Unlike electricity, gas can leak, and if it builds up, it can be toxic.

As noted, set-up is not as simple and quick, and thus can be more expensive when you factor in the cost of the stove itself, as well as what it costs to have someone come run the gas line to it. If your set-up uses a propane tank, you will need to buy or rent one. And then there are added costs and maintenance requirements related to having it serviced as well as re-fuelled on a regular basis, depending on how much you use it.

The oven gives off moisture, which creates more of a humid heat, which can cause unwanted crisping and browning of baked items. And while they do heat up more quickly, the temperature can also fluctuate more, and create hot spots that can impact your cooking.

Finally, some remote areas and some homes might not even have gas lines, which makes gas stoves out of the realm of possibility to begin with. After much research into electric vs gas stoves, we may just bite the bullet and switch to a gas stove. Even with the installation cost of having someone come in to run the line, which is already in the house, and the added danger of open flames, I can’t deny the ability to cook faster and better. I’m an avid cook, so I feel like I’m ready to take the leap. And my son is now 6, so old enough to know not to stick his fingers into an open flame, or toy with the buttons on a stove.

But I’m still a fan of electric stoves, and the ease of using them. In fact, I’m even considering setting up our half-working electric stove in the basement to use as a secondary stove when we host large gatherings. This way, I get the best of both worlds.

The choice really comes down to preference; you can’t go wrong with either option.

Check out a wide selection of both electric and gas stoves at Best Buy Online. 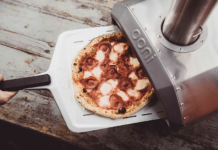 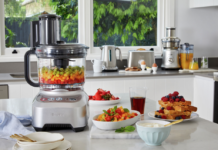 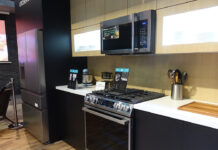