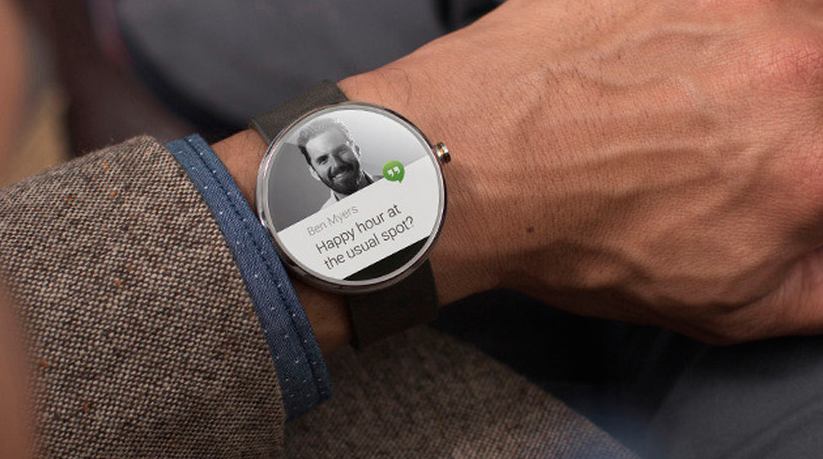 This was probably Motorola’s last major product unveil under the ownership of Google, and it was a big one. 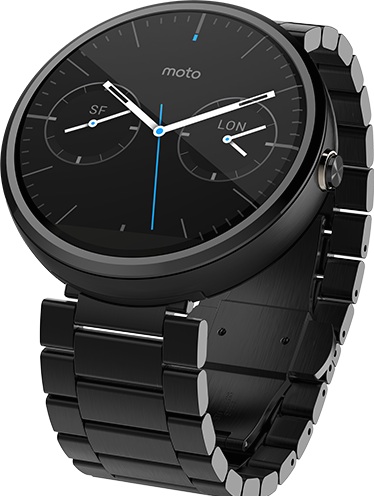 There’s no doubt that the most eagerly anticipated of the launches announced by Motorola was that of the Moto 360 smartwatch.

While designs to date have almost always featured a rectangular slab of glass, metal and plastic strapped to a wrist (obviously something high tech), the Moto 360 is the first mainstream smartwatch to feature a round face. It’s larger than your average wristwatch, but with the analogue clock face on its 320 x 290 pixel backlit display, it could easily pass as a stylish old-school watch.

Despite the stealth appearance, the Moto 360 is as high tech as it gets. The smartwatch is powered by Android Wear, displays contextually relevant notifications and when you need to know something, saying “OK Google” will let you ask for directions, dictate and send a text message or ask for directions.

The Moto 360 also includes fitness-friendly technology including a pedometer and heart rate monitor.

The current generation Moto G has proven to be a very popular choice among affordable Android smartphones (read Shelagh McNally’s review of it here). In fact, Motorola says the device is its best selling smartphone of all time.

The new version reflects consumer demand for a larger display, moving from 4.5-inches to 5-inches, while the primary camera is boosted to an 8MP model sensor (from 5MP). It also gains stereo speakers.

Motorola’s flagship smartphone also gets bigger, with a new 5.2-inch AMOLED Full HD display. It also seriously improves on the processor front, moving up to the Snapdragon 801 that powers leading Android smartphones like the Galaxy S5 and HTC One M8. 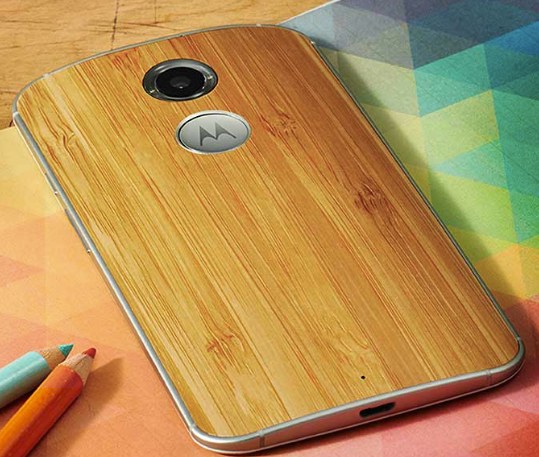 In Canada, Motorola will be initially releasing the Moto X in black and a natural bamboo finish that uses authentic, FSC-certified bamboo. So if you want a smartphone that stands out in a crowd (while offering size, a great display and excellent battery life), the Moto X may be a good choice for you.

If you prefer to use your smartphone with a Bluetooth headset, you’ll be interested in the hint. This little wonder is small enough to fit in your ear (it’s about the size of a dime), yet still packs a Bluetooth radio and enough battery power to go 10 hours on a charge.

It’s also voice-activated, meaning it can be used with Google search without having to pull out your smartphone.

Best Buy Canada is one of Motorola’s initial launch partners in Canada for the Moto 360 —you’ll find it on sale this fall, so you don’t have long to wait for one of the best smartwatch offerings to date. Expect to see the Moto X and Moto G by October as well.