This includes games such as 1-2 Switch, Super Mario Party, Fitness Boxing, and the Just Dance series of games. You can easily tell if a game supports handheld mode by looking at the back of the game or the game’s page on the Nintendo eShop. Click here for a full list of Nintendo Switch games avilable at Best Buy Canada.

The Nintendo Switch Lite will be available in three different colours: yellow, grey and turquoise. After looking at the three available launch colours, I’m still trying to decide what colour I like best. Currently, I’m leaning towards turquoise but you never know it might change!

Light, compact and made for on the go

Recently, when asked, many Switch gamers revealed that they mostly play Switch on the go undocked. So, it was only natural that Nintendo would release a model in the Nintendo Switch family that was geared for gamers who play on the go.

As a result, the Nintendo Switch Lite is even lighter and more portable than ever. Let’s take a look at the main features and specs of the newest Nintendo Switch family member:

When and where can I buy the Nintendo Switch Lite?

You can order the Nintendo Switch Lite at Best Buy now. Be sure to follow us on Twitter at @BBYC_Gamers for the latest updates on all gaming activities.

The Nintendo Switch Lite is great for those who don’t yet own a Switch and for existing owners who mostly play on the go. There are so many great games out on the market that there has never been a better time to own a Switch.

Games such as Super Mario Maker 2, Super Smash Bros. Ultimate, The Legend of Zelda Breath of the Wild, Pokemon Let’s Go, Pikachu!, Yoshi’s Crafted World, Fire Emblem: Three Houses and Octopath Traveler are just a small sample of the over 2000 games available on the system.

And, we’ve got to look forward to a whole slew of awesome games this fall including Luigi’s Mansion 3, The Legend of Zelda: Link’s Awakening, Pokemon Sword and Pokemon Shield, The Witcher 3 Complete Edition, Astral Chain, New Super Lucky’s Tale and many more!

Let me know in the comments section below if you are planning on buying a Nintendo Switch Lite for yourself or as a gift for someone else. What’s your favourite colour? 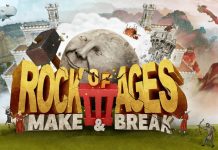 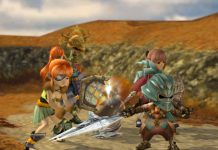 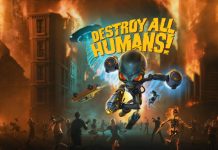