This past weekend, at EGLX, myself and fellow Best Buy blogger Matthew Rondina sat down with Ubisoft Toronto Watch Dogs Legion developer Lathieeshe Thillainathan to talk about the game. Read on to learn more!

Life as a developer on Watch Dogs Legion

Jon Scarr: Can you tell us a little bit about yourself and what your role as a live producer is on Watch Dogs?

Lathieeshe Thillainathan: Hi! My name is Lathieeshe Thillainathan and I am one of the producers on the upcoming game, Watch Dogs Legion. The Producer role is a very hard role to explain. My primary responsibilities are to manage the timeline, budget, ensure the vision we want to build comes out, and to make sure that the game ships on time.

At the same time, we do everything to make sure the builds are good by playing the game everyday with our team. Essentially, Producers do everything they can and help out wherever needed.

Character dialogue and the recruitment system

Mathew Rondina: With NPC or APC into the millions, how much recorded audio from these characters is there in the game? This is an incredibly ambitious feat!

LT: Quite a lot! I don’t have the exact number but I would say there is a substantial amount of lines of dialogue in the game. There are multiple lines, covered by multiple people—it’s quite a complex system.

Since the game takes place in the UK, we wanted it to sound as authentic as possible to London. So, we recorded a lot of the dialogue in the UK. Our team was really motivated to grab all the local accents that you would hear in London. And, the team wrote over a dozen different scripts for the game. On top of that, we use voice modulation to change the pitch of voices so that the people can perform multiple different characters in the game.

MR: How deep is the recruitment system?

LT: It’s actually a lot of fun! We built it in a way that we don’t tell you how to gauge the system. So, it really depends on how far you want to go. For example, some people will go on the route of “hey that person looks really cool, I want to recruit them because of their sweet jacket”. While others will look at a person and say “I want to recruit them because they are built like a boxer and I want to play as a melee character”.

The way that I usually play, is that I profile the character “hey that person has a problem and I want to find out more about their backstory”. I’ll then follow them throughout the world and learn more about them and then get them on my team that way. So, it’s multidimensional and you can play it as an action-adventure game with lite RPG elements. Or, if you want to go deep, the recruitment system will allow that.

Each character only has one life, make the best of it

JS: With permadeath looming over all players will there be a point where you run out people to play as?

LT: The game has over 9 million people that you can recruit onto your team. Well, okay, maybe not 9 million people—I might be exaggerating a little bit. I’m not sure exactly how many people are in the game but there is quite a lot.

There’re many different options that you can choose from and paths that you can go down. We are thinking about adding some Easter eggs but nothing I can talk about to you today. As you know when you play the game the characters will die and permadeath is a consequence in the type of game we are making.

The world is in a really chaotic state and we want to make sure the consequences are real for your actions. When permadeath happens, we make sure that it’s not accidental. When you are fighting someone and loosing, the game tells you that its your last stand. If you want to get up, you are choosing to go into the permadeath state. If you come out of it, you’re fine.

However, if you do go into permadeath because you are playing as the resistance the mission can still be completed. It’s a team effort, another operative can come in and finish the last part of the mission. It’s tough though, while playing I find that you get emotionally invested in these characters. You spend a lot of time building them up and learning their stories and when they die it’s horrible.

MR: What can you tell us about the different traits of the Enforcer, Infiltrator, and Hacker?

LT: Each one of the classes can be applied to any of operatives in the game. Once you finish the origins story of a character, the game will ask you what type of class you want to apply to that character.

Each one of the classes have their own set of perks and special abilities. For example, the Infiltrator has an AR Cloak, which allows you to move around a space silently without being detected. On the other hand, if you are a Hacker you get a spiderbot. You can control it and it can act as a defense mechanism.

JS: With game streaming services such as Stadia coming to market, can you comment on how this affects the development process of making a game

LT: I believe we are just getting into the era of the cloud now. As you know, Watch Dogs Legion will be on Stadia when we launch on March 6, 2020. The interesting thing I have noticed with developing for Stadia is that it allows us to internally debug the game faster.

However, what we are most excited about with Stadia is accessibility. The fact that people can play the game where ever they want and however they want, is really exciting. As cloud gaming evolves, we can use the cloud to enrich the world and have stronger simulation.

We are just at the very beginning of that now. I am personally interested to see how cloud gaming evolves over the next 5 to 10 years. However, at the current moment, I feel its really about accessibility and being able to take the game with you and experience it on your TV, laptop, or phone.

JS & MR: Is there anything else you would like our readers of the Best Buy Blog to know?

LT: Watch Dogs Legion is out March 6, 2020 on Xbox, PlayStation, Stadia, and PC. I’m really excited to see when the game gets in players hands what comes out of it. When I play it, I start spending hours on my own personal story and then talk about it with the team.

So, I can’t wait to see the personal stories gamers are going to build and then start talking about them on social media. I really hope our fans enjoy the game and get a lot of fun out of it.

Pre-order Watch Dogs Legion for PlayStation 4 or Xbox One 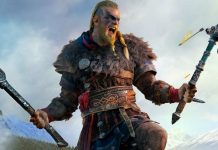 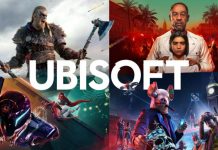