Best Buy Blog
Home TV & Audio TV & Home Theatre Everything you need to know about HDMI cables but were afraid to...

My daughter bought a television for her room recently, and while I was drilling holes to affix it to the wall in her room, I asked my wife to run out and pick up an HDMI cable at the store. It wasn’t long after she left that I got a text asking “Uh, which kind of HDMI cable? There are tons of different ones here and at wildly different prices.”

You may have experienced the same thing the last time you went to buy an HDMI cable. Why are there so many brands, prices, numbers and features? Which one do I need for my particular situation? Well, it is both easier and more complicated than you think, but I am going to try and give you everything you need to know about HDMI cables but were afraid to ask.

What Does HDMI Mean?

HDMI stands for High Definition Multimedia Interface. The standard was developed in 2002 as an improved means of transferring uncompressed digital video and audio data from a source to a monitor, television, video projector, video consoles, and etc. Prior to the development of this format, HD TVs were limited to either DVI or component video for connection. DVI only carried the video signal, and not the audio.

HDMI’s format carries both video and audio signals, along with CEC (Consumer Electronics Control) and DDC (Digital Data Channel) and an Ethernet data connection. Several versions of HDMI have been developed and launched since the initial release of the technology.

The Alphabet Soup of HDMI Cables

The HDMI standard has been updated about seven times, depending on the versions you count, with each adding certain features and improvements. The current version used by modern entertainment devices is HDMI 2.0 (well, actually HDMI 2.1 but I’ll get into that in a bit), although HDMI 1.4 (released in 2009) was a huge improvement in the standard, adding such things including the HDMI Ethernet Channel (allowing HDMI cables to act as ethernet cables), 3D support, 4K support up to 30Hz, an HDMI Micro connector, and an Automotive HDMI system for cars.

We don’t really need to go into all the different versions and what they offered, as currently HDMI cables are classified as either Standard HDMI cables or High-Speed HDMI cables. Both types differ in their maximum transfer rate (bandwidth). But, boiled down to what you really need to know, HDMI Standard cables work with resolutions up to 720p and 1080i. HDMI High-Speed cables work with 1080p and above, while also supporting features such as 3D video and 4K.

As for cable types, there are five you will commonly see:

When HDMI 1.0 came out, there were only two connector types: A/B (standard and dual-link). However, newer versions of HDMI gave way to additional connectors, and now we have five HDMI connector types. Type C is a mini connector intended for portable devices, while Type D’s micro connector resembles a micro-USB connector, and is meant to bring HDMI to mobile devices. Type E is for the Automotive Connection System.

Okay, now that I’ve gone ahead and told you that HDMI 2.0 is the current standard. I’m going to tell you I fibbed a little, because HDMI 2.1 is actually the new digital gunslinger in town. HDMI 2.1 was officially announced on January 4, 2017, and officially released November 2017. It adds support for higher resolutions and higher refresh rates, such as 4K at 120Hz and 8K at 120Hz. The format also introduced a new HDMI cable category, called 48G.  This new cable category certifies cables at the new faster speeds those formats require. 48G HDMI cables are also backwards compatible with older HDMI devices, and older cables are compatible with the new HDMI 2.1 devices. The only difference is the full and higher bandwidth is not possible without the new 2.1 cables. Got it?

I wouldn’t worry about getting new 2.1 devices and cables for now, as it will take some time for consumers to really see the format being universally adopted and on devices for a while. Plus, that backwards compatibility I mentioned a few sentences ago means your Blu-ray player, television, game console and other devices won’t stop working when HDMI 2.1 is everywhere and on everything.

What About Gold Plating on HDMI Cables?

One question I often get asked is if it is worth it to get gold-plated connectors on your HDMI cables? Well, gold is actually worse at conducting electricity than copper, although the difference is so minimal, there really is no discernable difference. The other reason to use is gold, is it doesn’t oxidize like copper, which does reduce conductivity over time. If you live in a wet, dank, humid place, then maybe, just maybe yes, I would buy HDMI cables with gold plating, but otherwise, it’s a big “meh” for me.

The last thing I want to talk about regarding HDMI cables that you should know about, is the length of the cables. As with most video, audio and data cables, HDMI cables can and will suffer from signal degradation over longer lengths. That really shouldn’t be much of an issue, though, as most people tend to keep their game consoles, Blu-ray players and other associated devices close to the television anyway. But, from the research I’ve done, 50 feet is generally considered the maximum reliable length, and I have even seen strong recommendations that you should never have an HDMI cable longer than 30 feet. Either way, it’s pretty rare to even see HDMI cables longer than 25 feet in most stores.

If, say due to having big complicated home theatre system with components everywhere in your entertainment space, you do need to have longer HDMI cables spooling hither and yon, under carpets and underfoot (hey, who am I to judge?) then there are indeed extenders available.

There. Do we have a better understanding of HDMI cables? Did I miss something, or leave out some important info that would be crucial to a purchase? Let me know in the comment section below, and don’t forget to take a look at the HDMI cables available online at Best Buy. 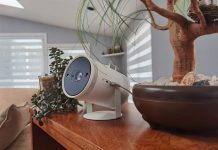 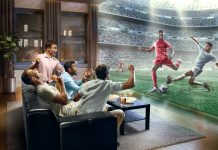 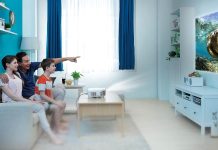 Enter for a chance to win Twinkly smart lights for your...