True wireless earbuds connect to a smartphone or music source using Bluetooth, and there’s no wire connecting the buds to each other. The idea is great. The execution isn’t always perfect …

The buds themselves have to be big enough to accommodate a battery and Bluetooth chips without being so big they’re uncomfortable or simply fall out. Connectivity can be tricky, because the buds are not only staying connected to the music source, they must remain connected and in sync with each other. Skybuds were a relatively early arrival on the scene (they collected some award hardware at CES 2016), but they remain one of the best bets out there if you’re interesting in moving to true wireless earbuds. I’ve had a set for months now and here’s what I think of Skybuds after an extended evaluation.

Skybuds arrive in a plastic box that shows off the buds themselves (they’re available in black like my review units and also in silver). Inside you’ll also find the Skydock charge and carry case, a USB cable (for charging the Skydock) and a selection of ear tips. No fin-style tips, even though Skybuds are promoted as being suitable for fitness use. More on that shortly …

The initial setup was relatively straightforward. Once powered on, the earbuds connected to each other (using near-field magnetic induction), and quickly showed up as a Bluetooth device on my iPhone. You then download the Skybuds app, which is available for iOS and Android.

That’s where the patience comes in. The app itself is a quick download. But one of its functions is to install firmware updates. And a firmware update not only takes time over a Bluetooth connection, but it has to be deployed to both earbuds. There was one waiting for me when I first set up the Skybuds and it ran between one and two hours per bud. The app warns you that the process can take three hours, and you need to keep the buds in the dock and charged, with your smartphone nearby during the entire process.

So maybe take some time to read up on the Skybuds features, like Siri and Android Assistant support, hands-free calling, and water resistance. You might also want to brush up on the controls, which basically means memorizing which bud to tap and how many times (there’s a single easy-click button on each).

The Key is the Twist and Lock Fit

Earlier I mentioned there were no fin-style tips, which might seem like an oversight for earbuds that are promoted for being great for exercise. Especially with true wireless earbuds, because if one pops out, it’s hitting the floor. That’s not likely to end well …

The omission is because the shape of the Skybuds themselves is carefully designed to stay firmly in place using a ‘twist and lock’ motion, no fins required. I was surprised at just how effective this is. Despite their size, these earbuds stay very securely in place and they’re comfortable to wear. i could jump around with them in my ear and they didn’t fall out. I have trouble with the fit of many earbuds, so to me this was one of the best features of the Skybuds.

Having a good fit doesn’t just make them more secure, it’s also important for good sound with earbuds. If they hang loosely in your ears, they just plain won’t sound very good.

Earbuds That Deliver on the Audio Front

Speaking of audio performance, I was happy with what the Skybuds delivered. The sound was energetic, especially at the high and mid-range levels. Bass was a little thin, but that’s usually the case with earbuds. It’s tough to replicate the low end response of the massive drivers found in on-ear and over-ear headphones in a tiny earbud. But I was able to tweak that with my smartphone’s music equalizer and ended up being quite happy with the overall sound.

Skybuds are rated for up to four hours of music playback on a charge. I clocked between three and four hours, depending on music volume, which is about average for this segment these days. The louder you like the music, the lower the battery life.

To charge the Skybuds (and to keep them safe when not being worn), pop them in the Skydock charge case. It takes about one hour for them to recharge, and the Skydock itself has a battery that will fully recharge the Skybuds five times. So in total, you can go about 24 hours before having to plug into an electrical outlet.

As mentioned, I was prompted to run a firmware update right after connecting my Skybuds to my phone. And as annoying as it is to wait for that update to run, it’s worth it for the two new features it delivers.

Find My Skybuds is pretty useful for true wireless earbuds, which are small enough that they can be easily set down and forgotten. There are two parts to this. Location shows the last known location on a map, so you can narrow the hiding post down to an address. Proximity will then let you know when you are getting physically closer, based on the Bluetooth connection (assuming there is still a battery charge left). You can search for each of the components—left bud, right bud and Skydock—individually.

Awareness is another very useful feature for fitness buffs. It becomes an adaptive noise cancellation of sorts. You play music and the microphone is used to pick up ambient noise. You set your “awareness” level and the microphone lets some of that background noise trickle into what you hear, above the music. This is great for runners who want to hear traffic noise, for example. Leave it off and zone out with nothing but music….

Skybuds are a Solid Choice in True Wireless Earbuds

I’ve tested a half dozen or so sets of true wireless earbuds and Skybuds remain my favourite at this point. 14 Best Buy customers rate them 3.9 out of 4, so I’m not alone in that assessment. For me it’s that twist and lock fit that really sets them apart, but Skybuds also deliver on music quality, water resistance, battery life and extra features.

If you want to compare earbud options, Best Buy carries a huge selection of wired and wireless earbuds, from all the top audio companies. 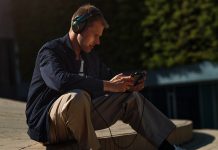 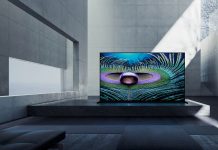 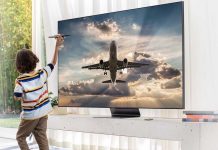