The Samsung Galaxy Buds Live are among the strangest true wireless earbuds available, but they are surprisingly good most of the time.

It’s not totally surprising Samsung would try its hand at something odd. The Galaxy Buds Live are a major physical departure, not just from the Galaxy Buds+, but from whatever else is out in this category. Rather than stick a bud in your ear canal, these simply rest alongside it, which would seem counterintuitive, yet somehow works.

Fit and comfort are vital to whether or not you go with these. And if you do consider yourself someone who hasn’t found a pair of earbuds that feel just right, these were made with you in mind.

By now, all the puns about the Galaxy Buds Live are out there. References to opening a can of beans, or comparing the black variant of the product to pinto beans. There’s definitely some funny stuff out there.

But the product has serious intentions, and its design is supposed to be practical. Not to mention universal. For starters, the lack of any protruding earbud carries some consequences that play big roles. First, the 12mm drivers inside are there to produce additional power, since the sound has to travel further into the ear than it otherwise would. You don’t get the opportunity to create a tight seal to give the bass a chance to present itself.

Second, it makes the Buds Live so much smaller. The case is among the smallest I’ve seen for any true wireless pair, where the buds lock into place through magnets. Indeed, the buds themselves are very small, and you do have to be a little extra careful handling them. They could slip out of your hands accidentally. The glossier finish is partly responsible, but it’s largely down to the diminutive size.

Despite the slim and svelte build, Samsung did try to offset it with some degree of power and ergonomics. It included active noise cancellation (ANC) to help block out background sounds, and also features touch-sensitive controls on the earbuds. There’s no ambient sound mode to pipe in background noise through the microphones because there’s no real need to. The exposed fit does let in enough ambient noise, as it is.

The fit is among the most comfortable I’ve experienced to date with any pair of true wireless earbuds. I never felt discomfort or had to fiddle with them, save for the odd time where I’d slide them back in place.

Pairing these with a Samsung phone is as seamless as it gets. The Galaxy Wearable app recognizes and pairs them instantly. It’s not altogether different on other Android phones, as I had little issue doing it with a Google Pixel 4 XL.

The app retains its role as the gateway for features and customizations. The equalizer has six presets to choose from (I recommend Dynamic), and you also learn the onboard controls, too. By default, a simple tap on the left or right plays/pauses. A double tap answers/ends a call or skips to the next track, while a triple tap repeats it. Holding it activates ANC. You can also choose to have one side bring up Spotify, trigger Bixby or set volume up or down.

I mentioned earlier that there is no ambient mode, but there is something similar under the Labs section meant to relieve the feeling of “stuffiness” when not using ANC. There’s also a Gaming mode to reduce the latency between audio and video when playing games.

Find My Earbuds is back in case you misplace or lose the earbuds. You do need to be in Bluetooth range, and it’s only applicable to the earbuds themselves, not the case. If you misplace them while they’re in the case, you will have to find them the old-fashioned way.

Listening with the Galaxy Buds Live

I readily admit I was skeptical when Samsung first unveiled the Galaxy Buds Live. I had a hard time believing the exposed areas wouldn’t be problematic, and yet, they pulled it off somehow. My biggest concern was for the bass, which often struggles when there isn’t an adequate seal to keep it from leaking out.

The Buds Live don’t really have good passive noise isolation because there is no physical way to pull it off. That’s why Samsung touts the ANC support so much. But even then, without the ability to passively block out some sound, the earbuds have to work harder to get it done. That’s near impossible to do here, simply because of the physics involved.

Despite that, they performed better than I thought they would. Samsung went with a pretty neutral sound that should appeal to most listeners. They just aren’t made for those who want heavy bass or the kind of ruggedness that’s great for running or the gym. The IPX2 water resistance isn’t very high, and frankly, I wouldn’t trust these with copious amounts of sweat.

But for leisurely activities or just having something to listen hands and cord-free, they are surprisingly good. I went bike-riding with them several times and came away impressed with how well music came through. I wasn’t as impressed with the ANC performance, which was passable for low-end frequencies. But again, hardly a surprise because good ANC needs the passive isolation part to do its thing properly.

Call quality is excellent, thanks in large part to the microphone array Samsung used in the Galaxy Buds+. The other element is the Voice Pickup Unit, which uses the accelerometer to convert vibrations in your jaw’s movement to voice signals through bone conduction.

The Galaxy Buds+ are still kings for battery life at up to 11 hours, whereas the Galaxy Buds Live won’t come close to that, maxing out at six hours. But it’s understandable. The larger drivers eat up more of the battery, and with ANC onboard, it only makes it harder to keep them going for longer. They’re smaller stature is certainly another factor.

The case gets you another two charges for about 20 hours total. They do support quick charging, getting you an hour’s worth of listening after only plugging in for five minutes. And there’s wireless charging, in case you want to just place them on a pad.

The Galaxy Buds Live have an advantage in that, once you get them to fit properly, they stay put and won’t feel uncomfortable. Of course, that is subjective, as there are no guarantees the fit will feel perfect. But if they do, you will appreciate how they don’t fall out, like the AirPods can. While you could get these as an iPhone user, I’d be cautious because you won’t get notifications, nor the Spotify integration. If you’re okay with that, then these are a better option just on fit alone.

Compared to other great true wireless earbuds, it’s a tougher call. The Galaxy Buds+ are much better on battery life, while the Jabra Elite Active 75t are great for workouts. You get better ANC with Sony’s WF-1000XM3, though it’s a toss-up on fit. To go with the Buds Live, you’re looking for something that is different from all of those. 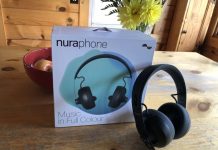 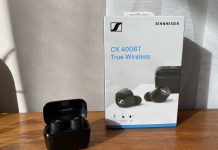 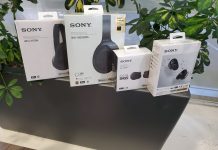