For those that love board games, today’s review should be pretty exciting, and that’s because the game I’m reviewing is part of a whole new concept in board games. The game is called When In Rome, and it makes use of Amazon’s Alexa voice assistant for gameplay hosting. How weird, and cool is that? If you enjoy trivia and want to enhance your next party or game night, with a fun team-game for virtually any number of players (technically 2-8 players are recommended, but there’s no need to stick to such limits), then this is the game and the review for you. Read on for full details.

Important Note: You must have an Alexa enabled smart speaker/device to play this game!!

What is When in Rome?

When in Rome is a trivia game consisting of 2 teams (of virtually any size). The teams travel the world and experience unique cultures while also answering fun, multiple-choice questions posed by “locals” from the cities you’ll visit to earn valuable points. The game is hosted by Amazon Alexa via the Amazon Echo (or a similar Alexa enabled smart speaker): this means you must have such a device to play. The questions posed come from categories including culinary customs (i.e., local food and drink), linguistic (including slang), and those that are simply random or strange. Players always have the option to choose between an “easy” question from one of these categories (worth 2-3 points) or a “harder” question (5 points) from another. The question bank features over 20 hours of audio based questions, posed by people with accents, from each of the represented cities. Alexa will make sure that questions are not repeated before you’ve exhausted the bank, so there is a good bit of fun to be had here. I also wouldn’t be surprised if the database of questions expands over time.

Playing When in Rome is not at all difficult, but it does require a little bit of explanation. Luckily, when you’re actually playing the game, Alexa explains the rules and how everything works as you go along; there’s no need whatsoever to read any boring or complicated manuals or anything like that.

You begin by getting into 2 teams: the blue team and the red team. If you have 4 people playing, you can have 2 players per team. If you’re hosting a party with 20 people, you can have a 10/10 split, or 15/5, or any other breakdown that you wish. The point here is simply that there’s really no limit to the number of people who can play this game, and the teams don’t necessarily need to be even Steven.

Once the teams are set, there are up to 9 rounds of trivia and travel to be played (maximum). Although, the game can end earlier if all of the souvenirs in play are collected. Each round consists of both teams flying to the city, or the country, of their choice and answering one question related to the location that it’s in. You can begin the game in any city that you wish. A single game lasts around 20 to 30 minutes at the most.

One thing to note is that although you can begin the game in whichever city you choose, once play begins you can only fly directly to connecting cities (cities that are connected by a dotted line drawn on the game board). This rule is bypassed when you’ve made a “friend” in one or more connecting cities which then enables you to move one additional step beyond any city in which a friend is located.

This may sound a bit confusing at first, but it’s really not complicated at all once you’re playing the game. Note: To make a friend (represented by the blue and red pieces shown above) in a particular city, you must travel to that city and successfully answer a question there. This allows your team (red or blue) to leave a friend piece on the board where that city is located.

The souvenirs I mentioned earlier are randomly placed, one at a time, on the board by Alexa. This gives you a chance to earn more points by going to the city, with the souvenir in it, and correctly answering a question before the opposition. The souvenir tokens consist of a button, a thimble, a key, a ring, and a pick (like a guitar or mandolin pick).

In a way, this makes When in Rome feel a bit like The Amazing Race because you want to reach those souvenir cities first. You then want to correctly answer the question to collect the souvenir and a decent number of points along with it.

Finally, there are special cards that you can sometimes collect that will give you specific advantages during gameplay. For instance, turns are not simply doled out in a back and forth manner from round to round. Sometimes you have to answer a random toss-up question to be given the chance to go first.

Thus, Alexa might ask you something that has to do with the percentage of the population in a given city that likes to partake in a certain activity (i.e. What percentage of the people in Montreal ride bicycles?). Each team gets a guess at the percentage and the team that comes closest to the correct number gets to play first in that round.

However, if you’ve previously received an Upgrade Card, it may give you an advantage such as being able to skip the head-to-head question and simply go first based on being a “VIP” or something similar. This could be a big advantage in the race to collect a souvenir.

Once 9 rounds of the game have been played (consisting of just one question in each round) or all of the souvenirs have been collected (Alexa only placed 3 of the 5 tokens the first time we played), the points are counted and a winner is declared.

A broad knowledge of world geography and culture are very important advantages in this game, so if you ever decide to play it yourself, be sure to add some well-traveled and broadly educated players to your team.

Another point of strategy is to visit countries/cities in the game that you are somewhat familiar with in real life. For instance, I once spent a year living in New Zealand, so I’m more comfortable tackling trivia centred around Auckland and New Zealand than, say, Mumbai.

Please take a few minutes to watch this brief video overview of some of the major features of the When in Rome board game.

I have to admit, I’m not much of a board game person myself, yet I really enjoyed playing When in Rome. I found the concept to be clever, the questions to be challenging, the gameplay fun and educational, and the social aspect just about perfect. You can literally play with 2 teams of any size, making it equally ideal for both large parties and intimate gatherings.

All in all I would most definitely recommend When in Rome to all board game lovers,  trivia buffs and anyone with a love for travel and culture. But best of all, no dice being included or required means that no silly luck is involved in winning (something I never quite seem to have in dice games). So, it’s fun for all with a fair and square chance for everyone to win. Have fun playing When in Rome, even if you’re not really there! 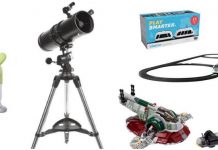 Best educational toys for back to school 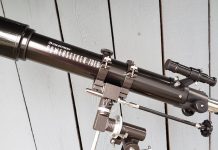