If you’re a toy/memorabilia collector like me, you might be interested to know what’s new in the world of Star Wars toys and merchandise? If so, stick with me today as I cover some of the latest and greatest from that galaxy far, far away in honour of the quickly approaching unofficial Star Wars holiday: May the 4th.

Something I noticed not too long ago was the new fully articulated 6″ Star Wars The Black Series action figures in retro Phantom Menace packaging—just like their original 3.5″ counterparts from millennia ago. Well, technically just 1 millennium. Even more technically, just from the previous millennium, as in 1999 when Episode 1 and a whole lot of really cool toys came out!

These new toys are much like those originals, only now they’re bigger and even better! They’ve got a ton of detail, a ridiculous amount of articulation, and cool accessories (like lightsabers and blasters). What’s more, the packaging for these is just incredible, and sooo nostalgic. As a Star Wars fan and collector myself, I love these prequel series figures!

Has any film series in history inspired as many different games as Star Wars? There have been so many different types of Star Wars themed games down through the years that even the most dedicated fan would have difficulty keeping track. Take for instance the Arcade1Up Star Wars Digital Pinball Machine shown in the header image of this blog.

This 3/4 scale arcade quality digital pinball machine has real-feel flipper, tilt, and nudge; ball feedback; light-up back glass; a 23.8″ LCD field of play; dual speakers; adjustable legs; a real working plunger; and more. Not only that! It also has 10 Star Wars themed games for you to play, including A New Hope, Han Solo, Boba Fett, Darth Vader, Masters of the Force, The Empire Strikes Back, Star Wars: Rebels, and others. Ideal for players aged 14 and up, this gaming table makes an excellent edition to any games room, living room, rec. room, or Star Wars fan’s bedroom!

Of course, if pinball isn’t your thing, there are also a ton of Star Wars themed video games out there, like Jedi: Fallen Order. I’m not exactly a video game expert myself, but the screen capture above certainly makes this game look cool. Set shortly after the events of Episode III: Revenge of the Sith, in it you are a survivor—a padawan learner that must complete your training and develop your lightsaber and other key skills to become a true Jedi and rebel. How cool is that! And this is only one of many Star Wars video games you can enjoy.

Finally (at least in the games realm), are some really cool Star Wars themed board games. There are both Star Wars originals and classic board games (like Monopoly) with a Star Wars twist. Whatever your taste, there’s something available for you. I briefly got ahold of the Star Wars: X-Wing Miniatures Board Game a couple years back and was impressed both with the complexity of play and the cool mini X-Wing and TIE Fighters that are included. This game is for 2-4 players aged 14 and up and only takes about an hour to play. Just one of many great Star Wars games that are available!

For reasons I myself can’t quite explain, Funko Pop! figures are all the rage across a variety of different film and comic book properties—and Star Wars is no exception. People just love to collect and display these fun, distorted figurines. Even I have to admit that with their oversized heads and cartoon personalities, they are somewhat adorable… at least most of them. Some of the currently available Star Wars characters include D-O, BB-8, Rey, and Kylo Ren. The only drawback I can find for those that love these figures is that the characters are randomly assigned. That would likely bug me, but to some I bet the surprise is half the fun!

Another Star Wars item that’s always popular—no matter its form, is the adorable Baby Yoda (AKA, The Child). And there are many different versions of Baby Yoda available, from plush toys to mini figures to stickers, and even the aforementioned Funko Pop! figurines.

If you’re a fan of the Disney+ series The Mandalorian, you’re already very familiar with this cute yet powerful character. And if you love The Child as much as most fans do, you can now have enough different versions of Star Wars: The Mandalorian – The Child (Baby Yoda).

Of course, there’s plenty of other cool Star Wars stuff as well, including LEGO Star Wars build sets, Star Wars themed drones, and all the various Star Wars media, including DVDs and BluRay discs of the classic films and TV shows. Obviously, not all of this stuff is new, but there’s always a lot of great new Star Wars stuff coming out—especially when it comes to Star Wars LEGO sets. One of the coolest things I’ve seen recently, however, is the Arcade1Up Star Wars Digital Pinball Machine discussed above. I was originally made aware of this machine by my colleague on Best Buy Canada’s French blog, and I’ve been dying to give one a try ever since. Out of everything on this list, that’s the item that I’d be going for!

As you can see, there’s always a great selection of Star Wars merchandise available at Best Buy. Stop by and take a look today,

Have a birthday coming up? Gift ideas for kids of any age 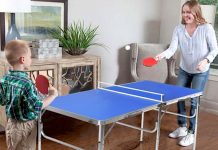 Great toys, games, & activities for kids and parents to enjoy together