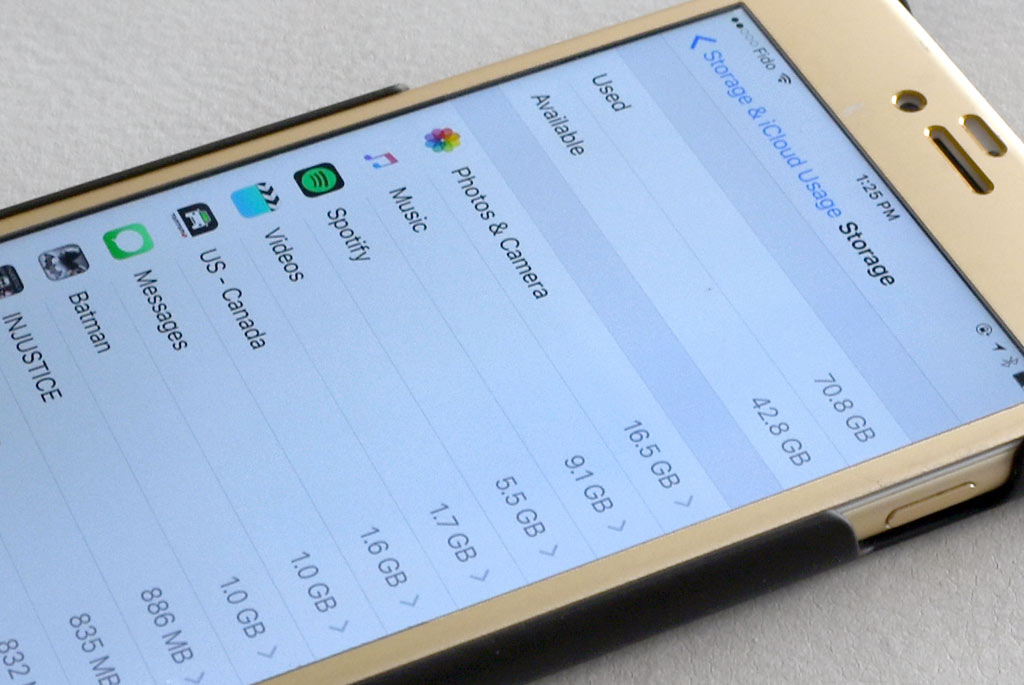 There’s a new update for your phone, or a new app or game you want to try, but you can’t download it because you’ve run out of storage space. Situations like this are becoming more routine, and in cases where internal storage isn’t expandable, some maintenance is necessary to make room. If storage, or lack thereof, has been an issue for you, there are options for creating some breathing space for your data.

It’s worth remembering that the storage amount denoted on a device’s specs is never exactly how much you have to work with. Manufacturers don’t publicly subtract the amount that the operating system and preloaded apps take up. So, for example, a 16GB iPhone 6 has about 12.2GB free to use. Similar numbers—sometimes worse—can be found in certain Android devices.

The lack of storage becomes especially pertinent when operating system updates are released. Last year, iOS 8 was a 1.1GB download, yet needed over 5GB of free space to perform both the download and install. Clearing out that much room on 16GB models proved challenging, to say the least. This year, iOS 9 is leaner and doesn’t need as much room for installation, but even beyond updating a phone, storage stewardship is necessary, no matter how big your phone is. 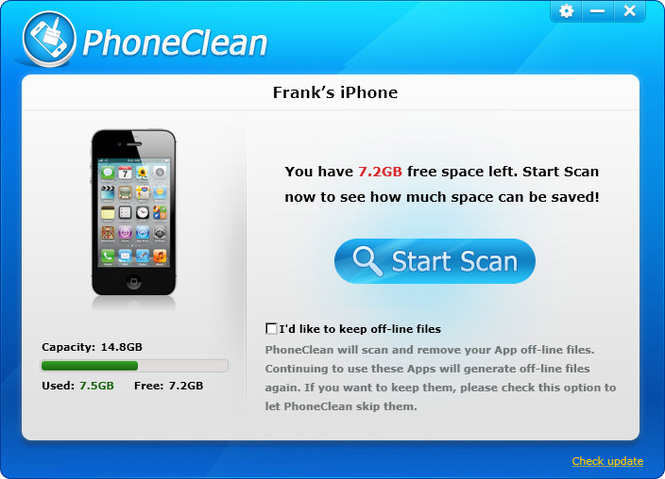 Identifying which apps are taking up the most room isn’t hard. On iOS, you only need to open Settings>General>Storage & iCloud Usage>Manage Storage to see a list of all the apps you have installed and the storage amount they take up. Tap on any app and you have the option to delete it. Generally, this deletes everything related to the app, so if there are hidden files tucked away somewhere, they should be removed, too.

On Android, going to Settings>Storage shows a breakdown of where the storage lies. Tap Used Space and you can then see how much apps, photos/video and audio take up, respectively. Tap on Applications and you can see what’s what. The other two take you straight to the corresponding apps where you can delete things manually.

All those photos, images and video clips you message and receive are not reflected in the app that stores all your photos and video. They are instead part of the messaging app’s storage. You can’t remove the messaging app entirely, and you probably don’t want to delete your entire history, so you will need to go through the time-consuming task of deleting images separately. An easy way to do this on iOS is to open up a message thread, go to Details, hold down on an image and choose delete to trash it.

Android doesn’t have quite the same setup. Incoming images and video are sent to either the Gallery or Photos app. From there, you can select all the images or clips you want to remove by tapping the settings on the top right, choosing Select Item and then filtering through what you want to remove before hitting the trash icon.

It can also help to use an app that scrapes for junk files and app caches and deletes them en masse. Data Eraser and PhoneClean are two that can do the job through a Mac, though other apps designed to boost battery life also have this type of feature baked in. Android has a lot of these, too. AVG Cleaner and One-Click Cleaner are good ones, but a search on Google Play will line up many others.

If you haven’t gotten into the habit of backing up your data (even when security should be the primary reason), then consider this as a good enough reason to do so. Regularly backing up content that takes up a lot of room—photos, video, music—can make a world of a difference.

Apple has iCloud (prices have dropped for it, too) and Google has Google Drive. There’s also Dropbox, Box and OneDrive, among others. These are cloud-based options that can be configured to automatically upload images. In fact, you can use an app like IFTTT to do that whenever you’re connected to your home Wi-Fi network. You can also choose to manually back up everything to a computer or external hard drive (plugged into a computer) to ensure you have them put aside for safekeeping.

There is Photos on the Mac to do this, or you can use Image Capture on a Mac to move over images in batches as you go along, moving them to a folder of your choosing. Android is made easy with the free Android File Transfer app for Mac and PC, which is a drag-and-drop situation.

Backing up on a regular basis kills two birds with one stone. It protects your data from being lost for good, while also giving you the flexibility to delete content that is either old or not important enough to keep any longer. Setting it up to work automatically adds convenience to that paradigm.

Sticking to a plan 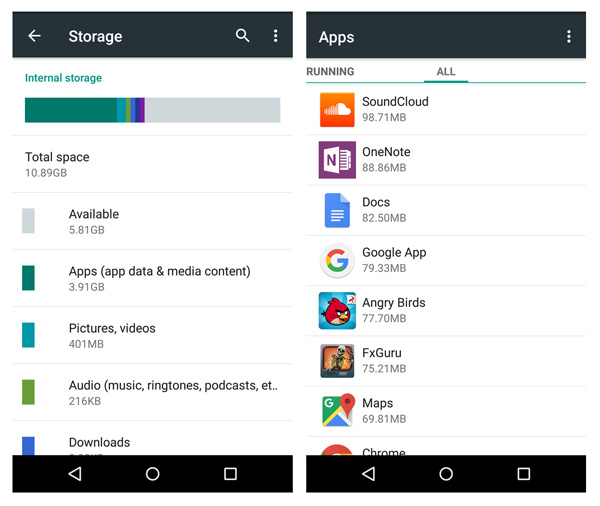 If you have a microSD card for your smartphone, make good use of it by storing media onto it instead of your phone’s internal storage. This can save a lot of room for apps. Video clips and games are usually the biggest culprits when it comes to bloat. Speaking of bloat, the apps that come pre-installed on a smartphone are not removable—they can only be disabled. So, a memory card can be a huge aid for that, especially when your phone’s internal storage is small from the start.

Not that you have to do it every single day, but taking a little time for some cleaning on the phone can pay off down the line. That funny photo or graphic may have been good for a quick chuckle, but if it has no cachet beyond that, better to delete it. That person you messaged with briefly but is gone for good should probably not still have their messaging thread around. Those apps you never use and the games you’ve lost interest in may also be expendable. Taking the approach you would take in keeping your home clean can really help manage the space you have to work with.

Smartphones tend to work better when they have a cushion of storage space to work with, much like how computers function. Maintaining your own artificial cap isn’t a bad idea.

If 16GB, or 32GB or whatever size you have is no longer enough, you may need to consider upgrading to a handset that offers more. Like everything else digital, file sizes continue to creep up, not down, and with 4K video and caching streaming music set to become standard features, expect space to be taken up quickly.