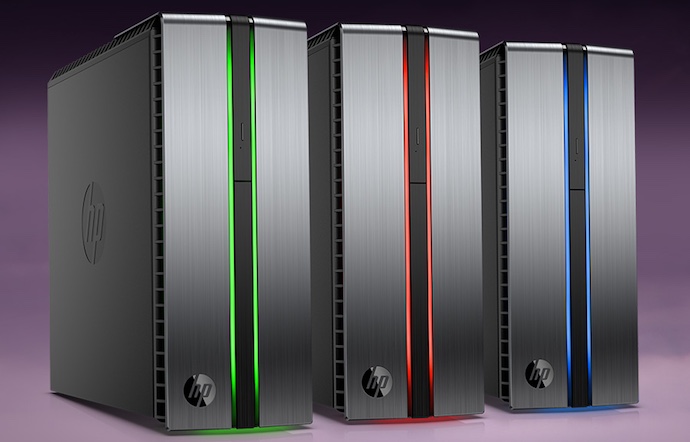 Not Your Parents’ HP

So I’m not trying to slag Hewlett-Packard or anything, but the company has a reputation for making business class PCs. They make other products too and some of those (like the HP Spectre x360 I reviewed earlier this year) are very cool, but when I think HP, I tend to think big, dark grey, somewhat generic looking tower PCs. Solidly built, reliable, easy to maintain but a little dull. Something that fades into the background in an office. Maybe that’s because I saw so many of these computers when working in IT; maybe it’s because I own one myself and it’s definitely the opposite of flashy.

The HP ENVY Phoenix is nothing like those stereotypical HP computers. In fact, about the only things the ENVY Phoenix shares with my old HP are the desktop form factor, the HP logo and the “Intel Inside” sticker. 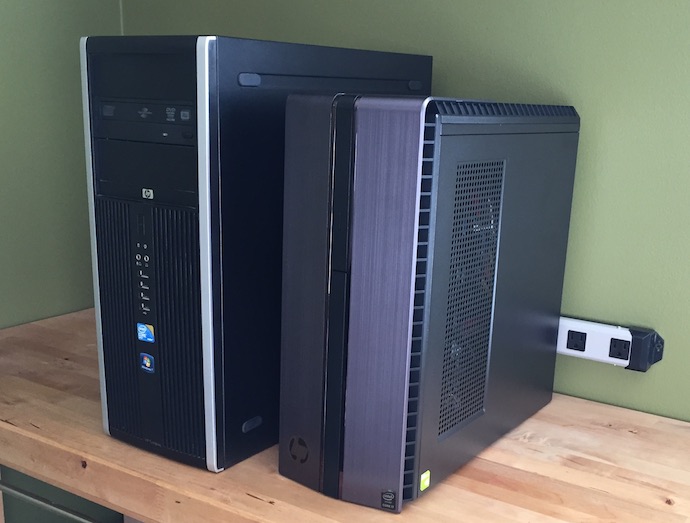 Look at the physical difference between these two PCs! Although far more powerful, the ENVY Phoenix is smaller so it takes up less room on or under your desk. While there are plenty of ports, they’ve been banished from the front so the look is unbroken (don’t worry, a wide selection is still easily accessible on the top of the case). The plastic and black painted steel has been replaced with a gleaming brushed metal chassis. And when you power it up, the ENVY Phoenix puts on a light show that lets you know, this is a high performance gaming PC, not your parents’ HP. 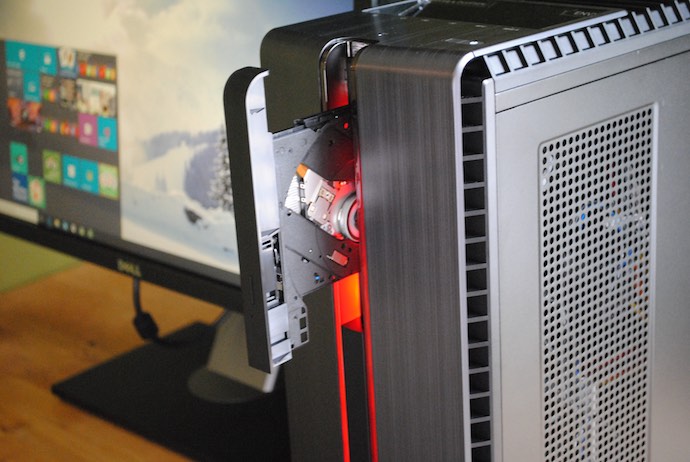 HP designed the ENVY 860 Phoenix to be a gaming and multimedia powerhouse. It’s not just a pretty face, it has the specs to back up those lighting effects. 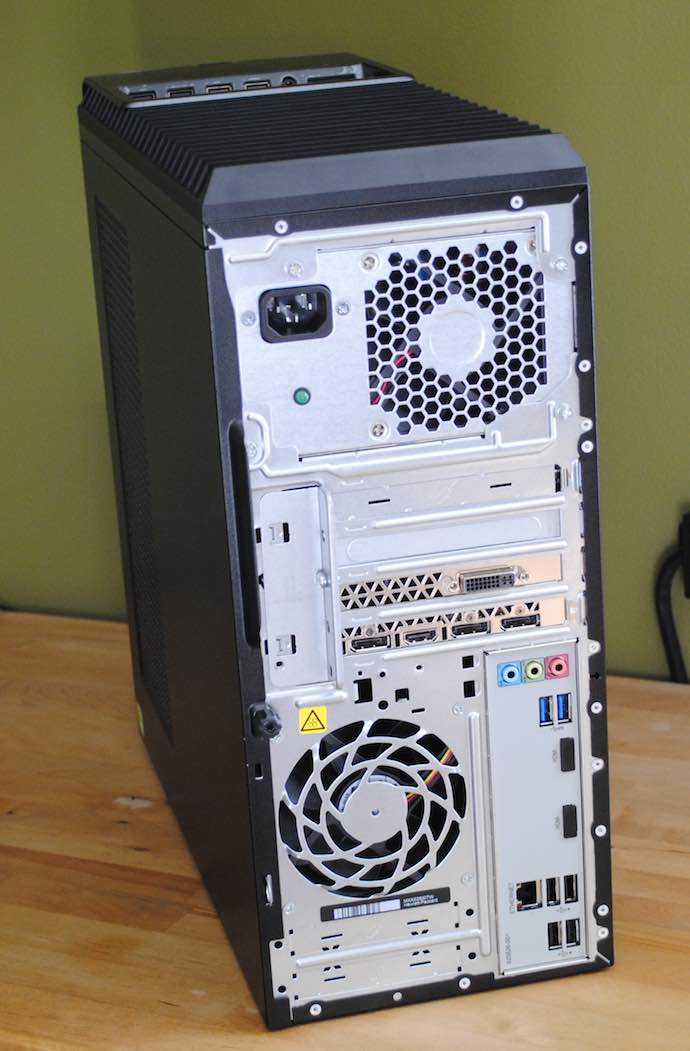 Starting with the CPU, there’s a 6th generation, quad-core Intel Core i7 inside and to keep it humming, HP installed 16GB of fast, DDR4 RAM. To reduce boot times, keep Windows 10 as snappy as possible and reduce the load time of your favourite games, there’s a 128 GB SSD. plus, you’ll have tons of room for large game installs and a library of big multimedia files (like digital movies) thanks to a 2TB Seagate Barracuda hard drive.

Graphics muscle is provided by an Nvidia GeForce GTX 960 video card that’s more than up to the challenge of PC gaming, as well as butter smooth multimedia playback. And speaking of multimedia, the ENVY 860 Phoenix’s sound is tuned by Bang & Olufsen and supports 5.1 surround sound. Mind you, you won’t experience the full effect using the built-in speakers, but connect this PC to some decent external speakers and it should rock. Liquid cooling keeps everything from overheating, despite the relatively compact form factor.

Unfortunately, my monitor is a lowly 21-inch panel at Full HD resolution. It would have been nice to see this PC pushing 4K pixels on a bigger display, but that was not to be …

I’m primarily a Mac guy in my day-today computing—that HP tower I have is used for Windows-specific testing, but 95 percent of my time is split between a MacBook Air and an iMac. Normally, I’m pretty happy with that setup, but using the ENVY 860 Phoenix was an eye opener in terms of just how fast a computer can be. And while the speed was one thing, the expandability is something that a Mac user like myself could very easily get used to. One thumbscrew and you you have full access to the motherboard, expansion slots, RAM and drive bays. Upgrades are matter of minutes, not a multi-hour project requiring specialized tools, the risk of one slip ruining a key component and the reality that simply cracking the case just voided your warranty. 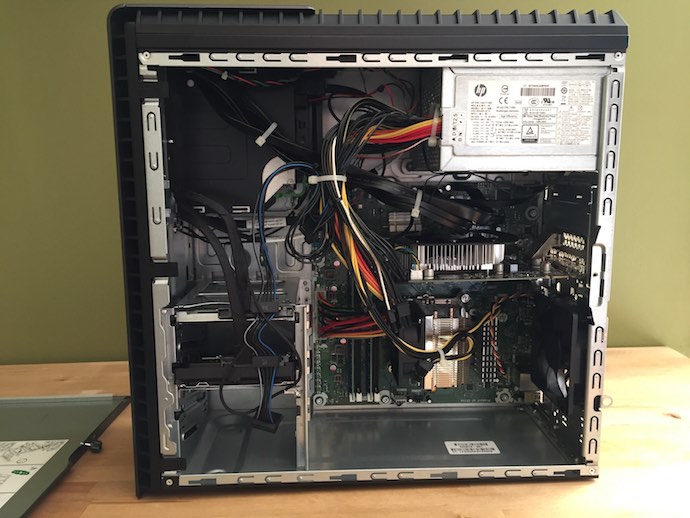 And the LED lighting special effects are pretty cool, too. You can control them using HP’s Lighting Control panel, but I just liked having them cycle through the red/blue/green.

And if you want to use the HP ENVY 860 Phoenix as a high performance business machine, no-one will judge you. It’s got the processing power, graphics capabilities and storage capacity to take on demanding tasks like 3D rendering and editing video. I have no doubt it would make short work of any Excel spreadsheets you threw at it as well. 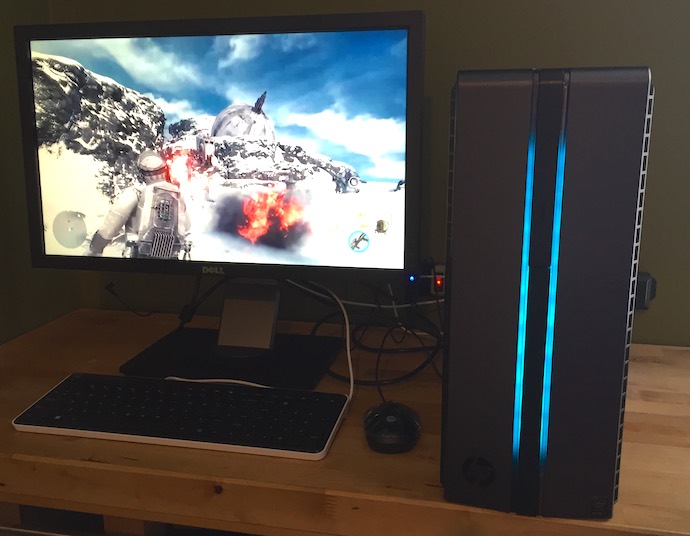 Was there anything that bugged me about the HP ENVY Phoenix? Anything at all? My only beef was the keyboard and mouse HP supplied with the PC. Pack-in peripherals are often on the basic side, but these really stood out as being almost a crime to plug in to the computer. They were perfectly functional, but they were wired, very lightweight plastic and the colour didn’t even attempt to match the PC. But let’s be realistic here. The ENVY Phoenix is a gaming PC. HP could have included a matching brushed metal, Bluetooth keyboard and mouse and most buyers would stuff them in a drawer in favour of using a dedicated gaming keyboard and mouse (read Chris Loblaw’s scoop on how to choose these peripherals to maximize your gaming experience).

Other than that minor detail, right out of the box the HP ENVY Phoenix is a solid gaming rig that offers performance, expandability and a very cool look. If you’re in the market for a PC that’s up to the challenge of playing games, crushing data or being the focal point of a multimedia setup, put this one on your list.