In 2019, almost everyone has a favourite podcast. By 2020, almost everyone who is anyone will have their own podcast. Whether waxing philosophical about your favourite D&D campaigns to an audience in the tens of people or providing a forum for top climate scientists to share their research on climate change, podcasting, Twitch streaming, and other platforms for audio and video blogging are more popular than ever. In order to get in on this burgeoning field, all that is really required beyond drive, determination, and a thirst for the topic is a computer, internet connection, appropriate audio and music editing software, and a microphone. Blue has released the new Yeti X USB microphone and is providing the opportunity to have professional level audio without professional level costs. While the Yeti X may have been born for podcasting and vlogging, it is capable of much more, including PC gaming. The Blue website says it is ideal for “professional level gaming, Twitch streaming, podcasting, and YouTube productions. So whether the goal is to broadcast your labour of love to friends and family or an audience immeasurable, the Yeti X can help meet both goals. With Christmas just around the corner, the Yeti would make an amazing gift for an aspiring media personality of any age.

The first thing I noticed was that this is, aesthetically, the best-looking desktop mic I’ve ever seen. Period. I knew as soon as I saw the picture on the box that to my sense of style, this was the cat’s pyjamas (Cat’s pyjamas? Wow! Am I really that old?). With bated breath I opened the box and there it was, a luxurious, sleek, and stylish microphone and stand in matte black with black chrome accents.

I have an older Yeti Pro which I also use and love as it sounds amazing and looks great and this new design is based on that but with a few noticeable tweaks. Since the beginning when Blue Microphones launched their now iconic “snowball” mics to a niche market, they have combined aesthetic innovation with performance. I love that you know a Blue microphone, including the Yeti, the second you see it as they are unique looking and in the best possible way. My older Yeti microphone is round and the Yeti X is more rectangular with stealthy lines to give it a new yet familiar look. The Yeti X has an aluminum body with a strong, robust feel to it and it weighs in at 2.8 pounds including the stand. It stands just under 12 inches tall. The controls are streamlined as well with just one button on the front of the body and one button on the back.

The front facing button/dial covers multiple functions. Pushing the button is MUTE/UNMUTE and pushing it with a long hold switches through Gain – Headphone Volume – and Blending functions. Twisting the dial left or right turns mic gain up or down, the headphone volume up or down, or it blends how much computer audio and microphone audio you hear in your headphones depending on which function you are in. The rear facing button cycles through the different microphone modes which I will discuss in more detail shortly.

The body of the Yeti X can be easily removed from the stand giving more options in how you may want to deploy it. It can be attached to a broadcast boom arm for example or even set in certain shockmounts. It is always good to have options and Blue has made sure that you have them with the Yeti X. Another one of the valuable new features is the high-resolution LED light meter that encircles the front dial. These lights give you instant visual feedback on your levels and does this in real-time. This is a great addition to the Yeti line.

Easy to Setup and Use The Yeti X is a USB microphone that was straight plug and play simplicity. I plugged the included 6 ft cable into the Micro-USB slot on the bottom of the microphone body and plugged the USB into my iMac, although it is compatible with Window computers as well. I opened Adobe Audition, changed my audio input setting to Yeti X and away I went. As simple as that. As far as performance, the Yeti X has great sound capture and reproduction. However, none of this even matters if the Yeti X can’t perform as is intended—let me put that fear to rest now because it absolutely can. The Yeti X features a 4 capsule condenser array (up from 3 in the earlier model) which provides a crispness and clarity to the recorded audio. With the aforementioned button on the back of the body, you can set the microphone’s record mode to cardioid, omni, bi-directional, or stereo by cycling through these options.

You would use cardioid for regular podcasting or audio streaming as the Yeti X records audio from in front of the mic whilst in that mode. Omni mode records from all sides for a 360-degree pattern and would be utilized for recording a round table discussion or a conference call for example. The bi-directional mode records from both the front and back and would work for interviews or other sound immersive recordings and stereo mode records from the front as well as the sides so you be best used when there is more than one audio source to record that are essentially in front of the mic. As far as tech specs, the Yeti X features a 48khz sample rate at 24 bits. One of the more important components of the Yeti X was something I wasn’t initially aware of but after closer inspection and use, see it as one of the more valuable features, especially for younger or novice podcasters or audio recorders. Blue VOICE in an optional software download that provides vocal effects along with several presets for streaming and broadcasting. These presets give you a straight out of the box big broadcast voice with no knowledge of compression or EQ required. Simply click on the setting you want. You need to download the Logitech G Hub software to use it (Logitech acquired Blue Microphones in 2018). It allows for the customization of the LED lights around the front dial. You can pick whatever regular or peak colours you want. After I installed the software and connected my Yeti X, it instantly updated the firmware so this is the best and easiest way to achieve that as well.

If I had to voice any concern it would be that the Yeti X only has a USB connection as there is no XLR option on this one. My older Yeti Pro has XLR and in my mind not having this option is a bit of a negative as it would provide even better recorded sound quality.  Now, I assume not having XLR functionality certainly kept the costs down and since it still sounds amazing, this may in fact be a moot point.

Another potential concern that I encountered was with the Micro-USB connection. When I first inserted the cable on the bottom of the mic body, and while I never had an issue with it coming out during normal use, it didn’t feel super secure in that smaller slot. Now, during my use and testing of it I lifted and moved the microphone around and it did not in fact come out so again, perhaps this is much ado about nothing. With Christmas just around the corner, this is a great gift idea for the aspiring media personality in your life or perhaps it’s finally the chance for you to fulfill that lifelong dream of streaming and sharing your knowledge, whatever that looks like, with the rest of the world. If you think this might be what you’re looking for, then drop into your local Best Buy and check out the Blue Yeti X microphone to see if it is right for you. Happy Shopping! 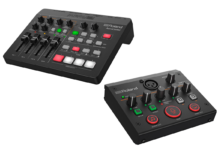 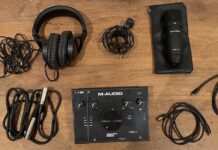 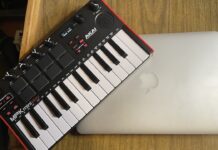