Cast iron cookware has been around for centuries. Long before the electric stove was invented in the early 1900s, most meals were prepared using cast iron skillets, pots and griddles, and an open flame. A lot has changed since then, but the appeal of cast iron remains the same. Said to be the best cookware ever invented, the key to its longevity lies in its care. Follow these simple rules and your cast iron cookware will last for generations to come.

The skinny on cast iron cookware

Cast iron is much different from stainless steel cookware. First off, it’s a whole lot heavier: I mean we’re talking about solid iron here people! But weight aside, cast iron cookware comes with a host of benefits:

The very first thing you need to do when you purchase cast iron cookware is to season it. This does not mean you need to salt and pepper the cookware to taste. Seasoning is the extremely important process of cooking oil into the surface of the pot or pan to give it natural non-stick properties. To season your cast iron cookware, you first wash it with hot water and dry it thoroughly. Then, using a cloth soaked in vegetable or olive oil, rub the entire surface of the pan, including the exterior. Next, place the pan on a cookie sheet upside down in an oven heated to 350-degrees, and leave it in for an hour. When the buzzer goes, turn the oven off, but leave the pan in there to cool down on its own. Now you have a seasoned pan ready to be used.

There are a handful of tried and true dos and don’ts when it comes to caring for your cast iron cookware.

If you’ve stayed true to the do’s and don’ts but your skillet is rusty, or perhaps your memory slipped and you did the unthinkable—like put your new cast iron skillet in the dishwasher—you needn’t worry: cast iron is very forgiving.

If your cast iron pot or pan is rusty, it can be a result of several factors. It could mean the pan isn’t properly seasoned, has been scrubbed too hard, or not completely dried after washing. Regardless, if you are seeing rust spots, you should scrub or sand off the rust, and then re-season your pot or pan as if it was new.

If food is sticking to your cast iron cookware, it is a sign that your seasoning has been degraded. So grab some olive or vegetable oil and re-season your pot or pan to regain that non-stick quality.

If your meal decided to stay put in your cast iron pot or pan, don’t grab a metal spatula and start hacking at the gunk. Instead, put about ½” or an 1” of water in the bottom of the pan and boil it until the gunk loosens up. Then, when the water cools a bit, you can use a sponge or cloth to wipe it away. Once clean, put it back in the oven to dry completely. While it’s still hot, wipe a touch of oil on the inside, let it cool, and you’re back in business.

If you accidentally, or purposefully put your cast iron cookware in the dishwasher, it will very likely come out with a film of brown dust on it. Try to first wipe the dust off with a paper towel and some water. If it does not come off, use an abrasive sponge or steel wool to scrub the film off, and then, guess what? You re-season the pot or pan and it will be good as new.

Cast iron cookware is a fantastic addition to any kitchen. That said, if you are the type of person who likes to let their pots and pans soak after use, then cast iron is not for you. But, if you are willing to put in a little extra effort to care for your cast iron, it will stay with you for a lifetime; and perhaps a few lifetimes after that. 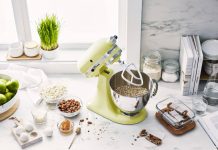 How to add colour to a bland kitchen 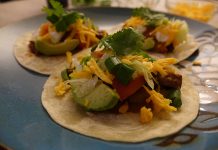 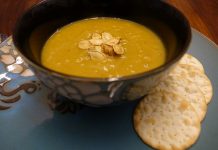 Creamy pumpkin soup to warm you up on a cool night