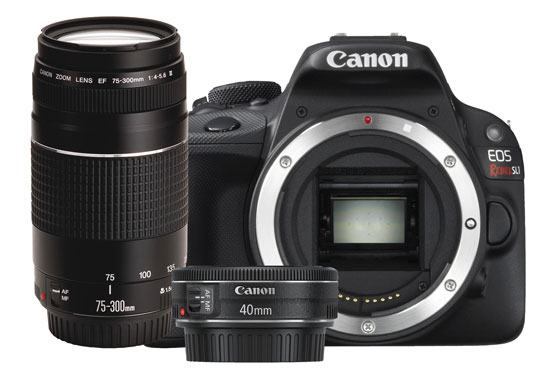 So you love photography and you’ve decided you want to push your images to the next level. Maybe you’ve had a point-and-shoot for a few years now and you’ve used it to death. Maybe you’ve found yourself looking at photographs on blogs and in magazines and thought “How can I make my images look that good?”  Well the chances are those images were made using a DSLR.

Today I’m going to look at some of the advantages of the DSLR over the point-and-shoot, and some of the reasons why you might want to make the leap to the world of the DSLR.

Now before I go any further I want to say that I believe it is possible to make a great image with any camera, regardless of the price tag. I would always recommend buying a point-and-shoot first and learning as much about using it as possible, before moving on to a DSLR. The concepts of lighting and composition are universal, regardless of the equipment you are using, so a little research into these topics can make the world of difference to your photography.

That being said, there is no arguing against the fact that a DSLR will ultimately produce image quality that far exceeds that of the average point and shoot. You’ll see better sharpness, clarity and resolution, better color rendition with less distortion effects.

DSLRs also produce larger files which means you can make bigger prints for your walls. I strongly believe that the printed image should be the end goal for almost all photography. It is the best way to appreciate our photographs and also the most reliable way to archive them. (Best Buy carries lots of affordable inkjet printers, which are a brilliant investment. Photographs make fantastic gifts.)

One of the major reasons for the higher image quality that a DSLR produces is the sensor. The sensor is hands-down the single most important component in a camera. DSLR sensors are bigger than their point-and-shoot counterparts and this is what allows them to produce bigger files. It also allows the DSLR to perform better under low-light situations, which is one of the major advantages of working with a DSLR.

Speaking of advantages, here are my top ten advantages of shooting with a DSLR over the average point-and-shoot:

The concept of ISO is still very much in existence in the digital world, except now instead of being stuck with an ISO setting we can increase it as required (up to a point). But now instead of grain we have something called ‘noise’. Film grain is considered a kind of ‘organic’ effect which actually has certain merits from an artistic point of view, whereas digital noise is really just a distortion effect which degrades the overall quality of the image.

Keep the ISO low
So the rule of thumb is always to keep the ISO as low as possible, because the higher the ISO the more noise. Every DSLR will have a button marked ‘ISO’ where you can quickly and easily access and change the ISO. Increasingly we’re seeing an ‘Auto’ setting whereby the camera will automatically choose the lowest possible ISO setting.

High ISO performance is one of the areas where manufacturers are constantly trying to make improvements, and nowadays it really is astonishing what DSLRs are able to produce in low-light conditions, even under circumstances where our own eyes struggle. 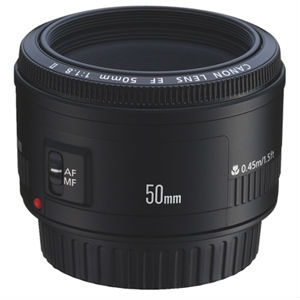 Ditch the kit lens
After the sensor, the lens is the next most important part of the camera. The power of the technology shipped inside even your entry-level DSLR nowadays is truly impressive. Unfortunately the kit lens that comes with the camera body is not able to do justice to the capabilities of that camera. I always recommend upgrading to a prime (non-zoom) lens, because they offer great value for money. A 50mm lens for example is a great place to start.

It can be tempting to think that you need a pile of different lenses for your camera, but really this isn’t the case. An excess of equipment can be as much a distraction as anything else, so find a good lens within your budget (and remember there are great third party lens manufacturers out there like Sigma and Tamron), and worry more about what you’re going to do with the equipment than you do about the equipment itself.

Real photographers use a viewfinder
I’ve often said that I consider a viewfinder to be a really important feature of any camera, particularly if you’re a less experienced photographer. It allows you to really immerse yourself in the process of making images. The average point-and-shoot does not have a viewfinder, whereas every DSLR has one. The Sony A58 actually has an electronic viewfinder which shows you a real-time preview of the final image, which is a really neat feature. Most DSLRs just show you a straightforward view of the scene in front of you, so if your exposure is off, you won’t know until you check the image on the LCD screen.

RAW is best
The ability to save RAW (uncompressed) files is another must-have feature for the serious photographer. Most digital photographs are saved as jpeg files, which are actually a compressed version of the image captured by the sensor. The processing engine within the camera makes decisions about what information should be kept and what information should be discarded when performing this compression, and typically the result is that detail within the shadow and highlight areas is lost. If you use an editor like Adobe Lightroom 5 to post-edit your images, you can do a whole lot more with a RAW file than a jpeg file.

Capture the decisive moment
Shutter lag is one of the major drawbacks of point-and-shoots, and smart phones for that matter. If you’re just taking snapshots of friends and family it might not be much of an issue, but if you’re really trying to capture decisive moments, then shutter lag will become the bane of your life. With a DSLR the shutter snaps the instant you press that button, giving you total control over the moment.

Ergonomics
As with the viewfinder issue, there is something about the heft of a DSLR that I find helps me to get into the photography mindset. The feel of the handgrip inspires a certain confidence and focus in me that a more lightweight camera never will. The buttons and controls on a DSLR are also laid out in such a way as to allow you quick and easy access to important functions, which can ultimately mean the difference between you getting the shot and missing it.

Accessorize
Photographers are notoriously keen on gadgets and equipment, and when you get into the world of DSLRs there’s no end of accessories out there to add to your collection. Here’s a few things you might like to consider, in the order I would recommend buying them.

1. Photo editing software. For me this is an absolute must-have. I use Adobe Lightroom, which is really powerful.
2. Tripod. A tripod comes in handy in a lot of scenarios, so invest in a good one – it’ll probably last you a lifetime.
3. Spare battery. There’s nothing worse than having to end your shooting day because of a dead battery, so always carry a spare.
4. Telephoto lens. A good telephoto will open up a whole world of possibilities. 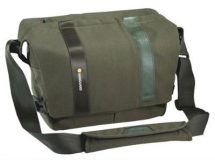 5. Camera Bag. As your equipment collection grows you’ll need a dedicated bag to carry it in. There’s so many great bags out there nowadays, whether you prioritise the form or the function. Personally I really like Vanguard’s Vojo shoulder bag.
6. Speedlight. Like the telephoto lens, a speedlight flash will allow you to get shots that otherwise wouldn’t be possible, especially when you start using it off-camera.
7. Cleaning kit. Lenses invariably end up with finger smudges, so a good cleaning kit is very handy.
8. Spare memory card. Memory is cheap and plentiful nowadays, so there’s no need to rely on just one card.

So there’s my intro to DSLR cameras. Ask me anything that you want to know about DSLRs in the comments below