Best Buy Blog
Home Feature Buying a laptop: What you should know about processors

One of the most confusing aspects of buying a laptop is the processor, or CPU. It’s not difficult to figure out which CPU a laptop has—in fact, processor specs are one of a laptop’s primary bragging points. But what does it all mean? Is AMD better than Intel? What’s a core and what’s the difference between having two (dual-core) four (quad-core) or six (hexa-core)? How can one Intel Core i5 CPU be so much faster than another Intel Core i5 CPU? The answers to these vexing questions and more as I outline what laptop buyers should know about processors.

Intel and AMD are the two powerhouses when it comes to laptop processors. Actually, Intel is the real powerhouse here, moving roughly 83% of the CPUs used in PCs while AMD sits at 17% of the market.

While there’s no clear winner between the two in terms of design, these days Intel is pretty much the undisputed king of laptop CPUs based on popularity. It also offers a wider range of products.

AMD is more active in game consoles (its chips power both the Xbox One and Playstation 4) but its CPUs do show up in notebooks—including a number of models from Hewlett Packard—and they perform quite well.

PCs and laptops used to have single-core CPUs. Now, multiple core systems are much more common.

Each core is like a standalone CPU, able to perform a task independently. The more cores your laptop processor has, the faster your system performance tends to be (within the same processor family): one core can be running Excel, one can be performing background tasks and so on. Two cores is the minimum for most Windows and Mac PCs these days, with quad-core showing up frequently and some machines starting to offer hexa-core options (read about those here).

This allows the processor to take advantage of operations that are programmed to support multi-core functionality. However, because the virtual cores are sharing the resources of an actual single core, it’s not as fast as truly using multiple cores.

RAM isn’t the only memory in your laptop. The CPU cache is a small amount of memory that’s much faster than RAM. As the processor operates, it writes data to that CPU cache for faster performance—the contents of the cache may then be accessed again as part of operations and when the cache is full data gets written to RAM. There may be multiple levels of cache memory (L1, L2, L3) and generally speaking, the more cache memory a CPU has, the faster it can operate—it’s spending less time for data to write to or be uploaded from RAM.

All other things being equal, if you are comparing two processors from the same family, the one with a higher clock speed will be the faster chip.

However, with mobile PCs especially—where energy conservation is highly valued—CPUs don’t usually run at their full clock speed at all times. A high clock speed CPU in a small form factor without active cooling may only be able to perform at its full clock speed for a short period of time before overheating and slowing down.

Complicating clock speed is turbo boost. Some laptop processors have this feature which lets them perform at clock speeds above their rated limit for short periods of time, offering some extra oomph for CPU-intensive tasks.

Most of the CPUs used for laptops have integrated graphics. The circuitry that drives the display is part of the processor and shares RAM with the CPU.

Like the CPU itself, the integrated graphics chip varies (Intel CPUs feature Intel HD or Intel Iris graphics), but should be more than capable of driving HD or higher video and displays. Video games don’t fare as well with integrated graphics, though.

High performance machines like gaming laptops will usually have a dedicated graphics card for much better performance.

At first glance, Intel’s recent CPU hierarchy would seem pretty straightforward. Most Windows and Mac PCs are running a Core i3, Core i5 or Core i7 CPU (there are others, but let’s keep things as simple as possible).

So it stands to reason that a Core i5 is a Core i5 and directly comparable.

Unfortunately, it’s not that easy. Using the Core i5 example, there are desktop and laptop versions (desktop being more powerful than laptop) and variations between Core i5 processors in terms of features like the amount of cache, turbo-boost support and hyper-threading capability.

Complicating things still further, there have been multiple generations of Core i5 CPUS (the Sandy Bridge series in 2010, Ivy Bridge in 2011, Haswell in 2013 and the newBroadwell series that debuted at CES 2015). Going back to 2010 there are  around 100 different Intel Core i5 processors, many still in use. Outside of variables like the number of cores, cache and clock speed, each generation showed an improvement in processing power.

So before jumping to any conclusions about how “fast” a laptop processor is, you need to know not just the manufacturer and the family, but also the generation.

So What CPU Should Be In My Next Laptop?

Everything I’ve covered so far leads up to this question. The truth is, there is no single correct answer.

Which CPU to look for in your next PC depends on variables like your budget, how much value you put on battery life over performance, what you plan to use the laptop for and even what operating system you’ll be running. You’ll see relatively low powered CPUs like Intel Celerons in Chromebooks (which are more casual use laptops with low operating system and application demands) while Windows laptops and MacBooks more commonly use an Intel Core i5.

The key is to go into the decision making process knowing something about processors so you can make an informed decision instead of being dazzled by numbers and tech jargon—something I hope we’ve accomplished.

As you’ve probably gathered by now, comparing CPUs can be like comparing apples and oranges. The only way to put a subjective number on a CPU is to run benchmark tests on it. By running standardized tests, a score can be assigned that lets you compare the relative power of different laptop and PC processors. There are many variations of these, but I prefer Geekbench by Primate Labs (a sample Geekbench score chart is shown below).

That being said, whenever I buy a new laptop—no matter what I intend to use it for—I always opt for the newest, most powerful CPU I can afford. I may not need everything it offers today, but a more powerful CPU will continue to provide decent performance into the future when operating system upgrades and new software tax the capabilities of less expensive processors. Doing so may add several hundred dollars to the purchase price, but the way I see it, that saves a lot more cash in the long run if it means I get an extra year or two of productive use out of that computer. 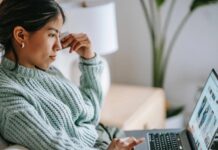