Growing up in the 80s and 90s, I played a lot of video games. That makes me an OG – Original Gamer. My first online game experience was playing Doom against my friends circa ‘96 with a dial-up connection. Even then, I understood how online connectivity, latency, and routers can make-or-break the gaming experience.

Flash forward to today, and online gaming has gone mainstream. Network lag persists so manufacturers are creating dedicated gaming routers. I’m reviewing the NETGEAR Nighthawk Pro Gaming 6-Stream Wireless AX5400 Wi-Fi 6 Gaming Router (XR1000). With a low-latency design, is this router a suitable choice for dedicated gamers looking to get an edge? Let’s find out, starting with the design.

The Nighthawk line of routers have always been known for their slick, jet-fighter inspired design and the XR1000 does not disappoint. It comes with four removable antennas that attach to the body on the sides and in the back. The XR1000 features an angled design that can be placed flat or mounted onto a wall. If you have a dedicated gaming room, I highly recommend you mount the router on the wall, and adjust the antennas accordingly.

Under the hood, the XR1000 has a triple-core 1.5GHz Processor and 512MB of RAM. Having a powerful processor in a router is especially important for gamers. This allows the router to support more devices for VR gaming and 4K streaming. A fast processor will also boost wireless, wired and USB performance.

On the back are four LAN ports, a WAN port and a USB 3 port. The LAN ports have gigabit per second throughput but no port aggregation. On the front, you’ll find tiny LEDS for power, internet connection, wireless activity, etc. There’s also a button to disable Wi-Fi and a Wi-Fi Protected Setup (WPS) button.

I’m old enough to remember when routers were designed to be open, password-free networks by default. That is no longer the case. On the bottom of the XR1000, you’ll find the default network name and password. Just to be safe, they also place a removable sticker on the front with the same information.

I downloaded the Nighthawk app onto my smartphone, connected the router, and entered the default password. The XR1000 automatically took me to routerlogin.net to complete the install.

The internet connection and speed was detected to optimize the XR1000’s performance. This is the first time I’ve seen a speed test performed by a router during the install. This makes a lot of sense to me. From there, you can customize your network name and password for both the 2.4GHz and 5GHz bands.

DumaOS is the user interface of the Nighthawk Pro Gaming Router. The DumasOS console allows you to manage and optimize your network. Instead of apps, features in DumaOS are called ‘Rapps’ (router apps). Most Rapp panels have customization options that are explained in a step-by-step guide available in the Help section.

Users can save their favourite Rapps to their personalized dashboard by clicking a pin icon. In the future, this lets you configure your network from a single page with ease.

As a bonafide router nerd, I love the DumaOS dashboard. It has a ton of customization options. Some of the features completely surprised me.

The Geo-Filter tab reduces game lag by guaranteeing local connections. It ensures the server you’re using is close to your location. You can also view your ping to the game’s host/server and see the location of other players in your game.

Ping Heatmat shows your ping to game servers all around the world. Select a game from the list and the map will fill with servers. This is crazy stuff. It really shows us just how connected we are globally with online gaming.

I downloaded the Nighthawk app but I was unable to see the DumaOS inside it. Perhaps they will update it in the future. Instead, I accessed the DumaOS Dashboard by going to routerlogin.net on my PC.

I spent a considerable amount of time inside the DumaOS dashboard. It’s networking nerd heaven. You don’t have to be a gamer to appreciate the real-time data it provides.

Network Monitor provided statistics about my network connection, broken down by device, application and the type of real-time traffic. The graphs are super clear and visually showed me which devices were bandwidth-hogs.

Network Overview shows a live graph of my overall bandwidth usage. The Category Breakdown panel displays how much bandwidth is being used by specific processes in a device. For example, it can break down real-time usage between general web usage, file sharing, email and social media. As a test, I played a YouTube video on my smartphone, and the social media usage category went up right away. It is truly monitoring my network in real-time.

I’ve always struggled with gaming router reviews. Online gaming depends on a lot of factors such as max download/upload speeds, connection type (wireless/Ethernet), the gaming device etc. Once all those factors have been controlled and optimized, then you should consider a dedicated gaming router.

Personally, I’ve been on the fence with gaming routers. For most people, the best thing you can do is ensure a hardwire Ethernet connection to your router. However, after spending some nerdy time with the XR1000, I truly believe it can help you gain an edge in competitive online gaming.

DumaOS is the best thing I’ve seen in the networking space in years. It gives gamers a little edge over others with Geo-Filter and Ping Heatmap. I love the ability to see the ping and location of servers on a global map. It just truly shows how global online gaming really is.

DumasOS can help gamers gain a competitive edge. If you’re not a networking wizard, I recommend taking some time to familiarize yourself with all the DumasOS Rapps. The Help section provides all the information you need for the different Rapps. If I had a dedicated gaming room, I would set up a computer and monitor just for DumasOS live monitoring.

If you’re ready to take your online gaming to the next level, I highly recommend you check out the NETGEAR Nighthawk Pro Gaming 6-Stream Wireless AX5400 Wi-Fi 6 Gaming Router (XR1000). 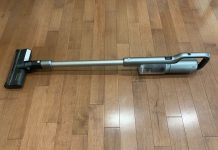 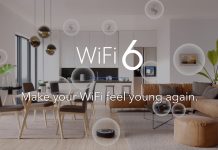