One of the most used features on any smartphone is its camera. Photo sharing site Flickr published stats showing the three most frequently used cameras among its members for 2014 were Apple iPhones. And if you own a smartphone, you are no doubt aware of the cloud-based photo storage and sharing your platform offers for free. You’ve also likely heard about related security concerns. Enter the Lyve Home, an innovative device/app combo that automatically backs up all your digital photos (and videos) to a secure hard drive, organizes them into a single library, displays them (think digital photo frame) and lets you share them as well.

Full Lyve Home specs and details are available on its product page. The heart of Lyve Home is Lyve, a software service intended to act as one central library for all your digital photos, no matter where they’re stored.

Lyve aims to solve the age-old problem (or at least decade-old problem) of people accumulating digital photos on their smartphones, tablets and PCs—ultimately losing track of many of them in the process. The Lyve app is available for OSX, Windows, iOS and Android. The cloud comes into the equation as a master directory for all those images, which is stored in your Lyve account. Lyve doesn’t actually store your photos and videos in the cloud and that’s a critical distinction compared to services like iCloud. Instead, Lyve uses metadata to build an index of your files, which remain stored safely on the original devices.

That central index becomes the access point for searching, viewing and sharing your photos, from anywhere.

You choose the photos to share initially and as you take new ones, Lyve will automatically update your library. You can then view, copy or share those digital photos from any connected device. Lyve says the photos are optimized for each of these devices to provide the best viewing experience while reducing download time and storage space.

What Exactly Is Lyve Home?

Lyve Home takes the Lyve software to the next level. Partnering with Seagate, Lyve Home builds on the Lyve app by offering a high capacity (2TB) hard drive to physically store a copy of your digital photos and videos. The process is automated and the files are uncompressed. If you lose the original, the copy on the Lyve Home is an exact duplicate.

Sounds Cool, but Does It Actually Work? The Lyve Home box contains the device itself (an upright white rectangle with rounded edges that looks a lot like a smaller scale Apple Airport Extreme router with a 5-inch display covering one side), a power adapter and a card with three instructions: I’ve seen device with similarly minimalist instructions before and they often tend to end with head scratching and a trip to Google in search of more detail. In this case, it really was simple.

When you plug in the Lyve Home, the display comes to life and you are asked to pick a Wi-Fi network and join it. Ethernet is also an option. Once online, you are prompted to enter your Lyve account, or create a new one (it’s free)—all using the virtual keyboard, which makes it feel like you’re holding the world’s thickest smartphone (see photo at left). Account setup complete, it begins displaying a few default photos in screensaver mode (with a handy clock on the bottom third of the display). You can select any photo and delete it.

Download the free Lyve app on a device and that’s where the magic happens. I installed it on my iPhone.

You don’t have to look for the Lyve Box, just sign in with your account then in your privacy settings, give the Lyve app permission to access your photos. Suddenly, everything in my Camera Roll was on the Lyve Home. And I do mean suddenly. I have an 802.11ac Wi-Fi router, the Lyve Home supports 802.11ac and my iPhone has 802.11ac as well. The combination makes for pretty fast data transfer (the actual files upload directly to the device over Wi-Fi, only the metadata went via the web).

There is also a preference setting to enable or disable automatic uploading via cellular service.

Within the app are all sorts of viewing options, tagging ability, the option to see devices associated with your account (and whether they are online or not) and even its own camera and video function.

With its ports, The Lyve Home lets you import (or export) photos using a USB hard drive, thumb drive, or SD card. You can hook it up to a TV using its HDMI port for a slideshow. Some Vizio Smart TVs have built-in support for Lyve and Google’s Chromecast also supports Lyve.

Lyve Home worked pretty flawlessly for me, but I was working with relatively recent photos and only two devices. I’ve seen reports from reviewers that suggest the Lyve Home sometimes struggles to import older files. And if you if you build a sizeable photo library on the Lyve Home, I could see navigation becoming a challenge. The photos are presented in chronological order and with the few that I uploaded, scrolling up and down to find a specific photo was simple and fast—but I’m not sure how effective scrolling is if you have thousands of photos stored on the device.

There is also the potential for some of the “wrong” photos to make it onto the Lyve Home for all to see. It’s a similar problem with having “sensitive” photos automatically backed up to a cloud account. In this case, those photos aren’t online but they are on a device in your home that’s displaying them on a nice LED screen. You can turn off automatic photo updating on a device, but that’s a step not everyone will remember to do. I’m not going to say any more on this topic, but it is something to consider for some smartphone owners…

The Million Dollar Question: Is Lyve Home Worth Buying?

Okay, “Million dollar” question is a bit high, but we’re still talking some significant coin here. If Apple or Google is going to offer free cloud storage for your photos, is it worth paying the extra for Lyve Home? The system isn’t going to appeal to everyone. But if you have nagging doubts about cloud storage, the Live Home gives you 2TB of uncompressed storage, safe and secure in your own home. Combined with the Lyve app(s) it allows you to share those photos among your devices and family. So you get a comprehensive, centralized library and “anywhere” access to any of those photos without the risk of hacking, a local backup copy of your digital photos (and videos) and Lyve Home also includes a pretty cool display for your photo library. Put that way, the price doesn’t seem so unreasonable. 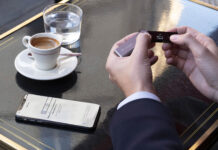 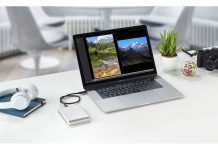