Samsung brings its best laptop in years to market, and the Galaxy Book Pro 360 is filled with features that should draw more than a little attention. The catch is that it may depend what kind of user you are, and what you envision your workflow looking like down the line.

I say that because there is a balancing act going into this device that is specific to Canada. Unlike in other markets, some specs aren’t up to you to decide. Moreover, there are a couple of design points that impact how the device works and feels. This is a 2-in-1 laptop that also works a lot like a tablet. Samsung’s S Pen even comes with it in the box. There’s a lot to like when assessing the whole package, and during my testing, I had to gauge how much the positives outweighed the negatives.

The Galaxy Book 360 inside out

Not surprisingly, the AMOLED screen is the standout here, and with good reason. OLED displays aren’t common on laptops, and certainly not on 15.6-inch models. And yet, not only is that so prominent here, it’s a key reason to consider this device. The contrast is outstanding, and I couldn’t help but enjoy looking at it, no matter what app or task was open.

For video, that’s obvious. I watched an episode of The Falcon and The Winter Soldier and the colours popped out. My one disappointment was that the resolution wasn’t higher. It would’ve been nice to have 4K as an option, but I would’ve also settled for 2K as a consolation. It’s not just for the crisper video or images, it’s also because text looks sharper, too. Samsung probably chose not to do it for price considerations, though I couldn’t help but wonder if it had gone higher there.

This is a touchscreen, and that plays a big role when it comes to using the device as a tablet, or with the S Pen. I’ll touch on that later, but as for the rest of the internal components, there are good things going on. If you plan to park this at a desk, the Thunderbolt 4 port can handle two external 4K displays. A built-in microSD card slot is nice if you need to work on some images or video. Two additional USB-C ports cover charging and any other peripherals you want to connect.

Weighing in at just above 3 pounds (it’s under three for the 13.3-inch model), it is a pretty lightweight laptop. Part of the reason is clearly the lack of metal on the frame, but in spite of that, the thinner body and feathery weight make this highly portable. You don’t have to flip the screen all the way backward to turn it into a tablet, but when you do, it’s easy to treat it that way. The S Pen’s presence is key here because it can ignite creative tasks, especially where precision might be helpful. For me, personally, it helped with editing photos in Photoshop and Lightroom. I imagine artists who like to draw or paint may also appreciate both the pen and the size of the screen, just the same.

The S Pen works much like it has on other laptops or tablets. Click the pen’s button close enough to the display, and a menu of pen-enabled apps pop up. It’s the same menu, same features, so nothing new here. But it might feel new if you’ve never used the pen on a laptop before. I found it easy to like the precision, and it shows that Samsung’s incremental improvement with pen input in the Galaxy Note phones translates well to a laptop like this.

It’s this kind of seamless integration that makes me wonder what could have been with higher resolution. When editing a RAW photo in Lightroom, extra screen pixels do help, especially when zooming in. With such a precise pen to use while applying brushes to an image, I did find myself wishing there were more pixels onscreen.

My one gripe is where to actually put the pen when I didn’t need it. Its flat side magnetically attaches to the Galaxy Book Pro 360’s outer lid, but it’s not the sturdiest connection. If I was careful, it wouldn’t detach at all, whereas the wrong move or bump, and it could fly right off. Unfortunately, without a holster or some kind of clamp to keep it in place, it’s an accessory you’ll likely need to pocket to keep safe. It is important to put things in perspective as to what this laptop can and can’t do well. It’s certainly not a gaming PC, as the internal components, especially the graphics card, can’t handle the most demanding games. Streaming video is perfectly fine, and the AMOLED screen does help a lot to make good content look good. The Galaxy Book Pro 360 is a snappy machine, no question. It runs programs smoothly, and should generally feel efficient.

However, there is a caveat to all this and it has to do with the onboard RAM. For reasons that I’m unclear on, Samsung opted to only offer 8GB RAM configurations in Canada. To me, that’s a potential problem because running multiple apps that need memory will slow things down as they try to claw whatever they can find on the system.

I can’t help but feel disappointed in Samsung’s decision to limit users this way. Content creators who use demanding apps all at once will know how important memory is to workflows. And yet, you go into this laptop limited in how far you can push it. It’s a shame because I know how much of a beast the Galaxy Book Pro 360 must feel like with 16GB of RAM to work with.

Samsung at least spared no expense at populating the laptop with its own apps. I’d usually look at this as little more than a manufacturer’s bloat, but some of the apps are pretty good. One I liked was familiar from the company’s phones and tablets: Smart Switch. It lets you transfer over photos, contacts, media files, messages and more from a phone—or to a phone. Sharing and Quick Sharing are similar in concept, and also work pretty well, too. The AKG-tuned speakers are okay, though not as good as I would’ve hoped. It’s not that they’re not clear, they’re just not loud enough. I find I get louder performance from comparable laptops, and given the size, I expected something more here.

The body on the Galaxy Book Pro 360 is a fingerprint magnet, despite using a matte finish. I so appreciated the navy veneer, only to have to routinely rub it down with a microfibre cloth. The hinges holding the screen upright are not the sturdiest out there. There is noticeable give when moving the device around, and equally so when tilting the screen backward fully.

Then there’s the keyboard, which is really flat with only 1mm key travel. I didn’t have much use for the numerical pad on the right side, but did get annoyed with the smaller Shift key on the left side.

The webcam isn’t spectacular, but it’s still very good for any video conferencing situations. The fingerprint sensor was a strange one for me. Easy to set up, I found it very inconsistent when I put my finger on it to unlock the screen. My experience doesn’t jive with a lot of what other users are saying, so I can’t be sure if it was an issue with my specific review unit.

Without question, this is one of the major strengths for the Galaxy Book Pro 360. Samsung rates it at up to 16 hours per charge, and I definitely found that to be pretty accurate. With heavy usage, I ended up in the ballpark of 12-14 hours, which is excellent for a laptop this size. What helps a lot is how little it sips when idle or asleep. To me, it’s not unlike the way newer vehicles stop the engine when fully stopped at a red light. That saves on emissions in the same way this saves power.

It makes it really easy to binge on video and catch up on a show without worrying about endurance. Plus, it charges up pretty quickly through its included USB-C charger.

It’s hard to find a 15.6-inch laptop that feels as lightweight as the Galaxy Book Pro 360. That mobility is a central theme to how this laptop feels whenever you use it, and the screen only adds to the overall package. Samsung cut some corners where it could to make the sum of these parts work, and those sacrifices are worth looking at to assess whether this is for you.

Despite the limits, it’s hard not to like how well it performs. My concern is more for longer-term scenarios where workflows will demand more of the resources under the hood here. If you feel there’s enough already to get the job done, you won’t be disappointed at performance and battery life to help get you there. Plus, the S Pen is a slick tool when you want to get artistic. 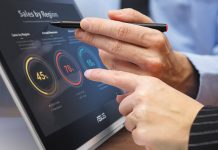