Originally envisioned as an inexpensive laptop for students, Chromebooks have evolved significantly since they’ve been around for more than a decade. In fact, that’s why it’s time that Chromebooks finally get their own buying guide.

There are so many choices now and such a wide range in models and form factors, that it can be difficult to pick the right one. Students and parents of students in particular may find it confusing. There are still lots of Chromebooks out there aimed at the education market, but if you don’t know any better, it’s easy to end up with a premium Chromebook that’s overkill for a school setting. This guide will help you to make an informed buying decision, so you end up with the perfect Chromebook for your needs.

Let’s start by debunking some myths about Chromebooks, because a lot has changed since the first ones were released in 2011. You don’t want any of these misconceptions to have an influence in your decision-making process.

Absolutely false. Yes, they were originally designed to be used primarily online with G-Suite, but modern Chromebooks can also be used fully offline. Here’s a feature on the subject if you want to learn more details about how fully functional a Chromebook is when it’s offline. Again, this is false. Specialized accessories like gaming mice or graphics tablets that require drivers or custom apps might be a problem, however for most peripherals there is no concern. I regularly use my Chromebook with a standard Bluetooth mouse, computer monitors, a wireless printer, and external drives.

Want to learn more about Chromebooks and PC accessories? This post covers everything from Bluetooth mice, to external storage and computer monitors. This one is a little more complicated, but the answer today is that this is largely false. The combination of Chrome OS and its low system demands, a focus on online apps, and a goal of keeping costs to a minimum meant early Chromebooks were often underwhelming in terms of hardware.

This included processors that were generations old, dim displays with low resolution, minimal RAM and little storage. Most of today’s Chromebooks are still equipped with less RAM and storage than other laptops, but quality has caught up in a big way. Processors are usually only a generation behind other laptops, and displays have improved considerably. Some premium Chromebooks have specs and displays that put them on an even footing with popular Windows laptops and MacBooks.

Myth number 4: You can’t do much with a Chromebook

Once again, this false, and based on the earliest Chromebook experience. Chromebooks are ideal for productivity and collaboration using Google Workspace (formerly G-Suite). They can also be used with web-based or Android app-based versions of popular software like Microsoft Office. They make great video streamers and web browsers. With the ability to run Android apps, Chromebooks gained a whole new level of functionality.

You can even game on a Chromebook using apps, or Google Stadia. Want to learn more about how Google’s Stadia cloud gaming service works with Chromebooks? Gaming editor Jon Scarr has you covered.

With the big myths out of the way, here’s what you should be looking for within the three classes that modern Chromebooks tend to fall into. Many companies still offer basic, entry-level Chromebooks. These are ideal for primary grade students. They aren’t equipped with the latest and greatest technology and you’re going to find a lot of plastic cases, but they make a great choice for young students. One of the attractions is price. Entry level Chromebooks are extremely affordable—often costing less than a tablet.

In terms of hardware, this class of Chromebooks is typically equipped with a low power processor like an Intel Celeron, 4GB of RAM and 32GB to 64GB of flash storage. The display is likely HD resolution. Most also offer an integrated webcam.

Hardware is modest at this price point, but cable of handling anything a primary school student might be asked to do in terms of assignments, plus it will be capable of web browsing and video streaming. Those with touchscreens will be able to run Android apps.

When choosing an entry level Chromebook for primary-grade students, watch for battery life (8-hours or better is ideal), and a webcam (a must-have for remote learning). If the Chromebook is going to be carried around, you may want to opt for a smaller display (11-inch or 12-inch) for less weight, and a rugged design. Some manufacturers design Chromebooks that meet military standards for drop protection, and some even include spill-resistant keyboards. The current sweet spot for Chromebooks is in the mid-range. Chromebooks in this class are still significantly less expensive than most other laptops (often half the price), but the improvement over early generation models is night and day.

This is where you start to see some models replacing the plastic bodies with aluminum. RAM is typically 4GB but storage usually sees a boost to 64GB or 128GB. Processors start to shift into the Intel Core i3 or AMD Ryzen 3 range. Wi-Fi is 802.11ac or better. Keyboards are improved, with many offering backlighting. Displays are usually Full HD (1080p), often touchscreen, and they have improved brightness and colour range. The higher cost and larger size (displays usually start at 13-inches) may make parents of young students think twice, but Chromebooks in this class will serve most students well—even at the college and university level (assuming their program doesn’t require specialized software).

These Chromebooks also make great family computers (here are some reasons why). Mid-range Chromebooks are all going to include integrated webcams and offer at least 8-hour battery life. There are a few features you should consider in this price range. Integrated Google voice is handy, especially if you have Google smart devices in your home. Some Chromebooks in this price range offer active stylus support—which is especially handy if they are a 2-in-1 (more on that shortly). RAM over 4GB will let you have more tabs open without taking a performance hit. You should also pay attention to ports. Do you want to be able to plug in thumb drives? Make sure there’s a USB Type-A port. For future-proofing you’ll want USB-C. Do you want to be able to physically connect to an external monitor? Look for HDMI or video-capable USB-C. Some also offer SD card slots. There’s nowhere that the difference between first Chromebooks and current versions is more stark than with premium Chromebooks. “Premium” is a concept that wasn’t even on the radar a decade ago. However, as a generation of users has graduated from school to the workforce, it’s only natural that manufacturers would make premium Chromebooks for a higher-end experience.

This is where things get interesting. Premium Chromebooks are equipped with the latest hardware, including recent Core i5, Core i7 and Ryzen processors. Bright, colourful 1080p displays with HDR support get the narrow bezel treatment. Wi-Fi 6 is making an appearance. Some models are starting to show up with 16GB of RAM and 512GB of PCIe storage! Overkill for a Chromebook? Maybe, but these Chromebooks are ready to take on the demands of professional users. Designs are also getting the premium treatment, with metal alloy bodies, precision edges, and even extras like quad speakers, stereo microphone arrays, 1080p webcams, and fingerprint readers.

At this point, there really is nothing you need to specifically be aware of when shopping for a premium Chromebook. They are all very well equipped. Know any must-have features you want (like a 1080p webcam, screen size, or form factor) and you should be happy. Ultimately, the design or “look” of the Chromebook is likely to be the deciding factor for many shoppers. Within those three main classes are two major divisions in form factor: traditional laptop style, and 2-in-1 Chromebooks.

Traditional laptop-style Chromebooks are just what they sound like. Some people prefer this setup. However, 2-in-1 Chromebooks come with many advantages. Equipped with either a 360-degree hinge or a detachable keyboard, they can be used as a tablet. This is very handy for reading, drawing or writing with a stylus, or when using Android apps—many of which are optimized for a tablet. 2-in-1s equipped with a 360-degree hinge can also be used in other ways, with the “tent” mode (which hides the keyboard) being especially well suited to viewing video. If you decide that a Chromebook is the device for you, Best Buy has the widest selection of models available. You’ll find a Chromebook for every need, every budget, and from all the top brands. 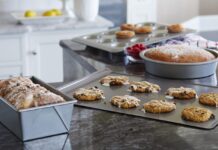