Since I started working out daily at the beginning of 2021, I also started drinking a lot of smoothies. And as someone with a passion for cooking, a blender is also a necessary tool in my kitchen arsenal, used for everything from blending sweet potatoes for my annual Thanksgiving and Christmas dinners to blending ingredients for soups. I have owned a Wolf microwave for years now and know that I love the brand. So, when the opportunity to try out the Wolf Gourmet Pro Performance Blender came my way, I jumped on it.

What is the Wolf Gourmet Pro Performance blender?

The Wolf Gourmet Pro Performance blender is a blender with a 64-ounce jar that has four programs for accomplishing a variety of blending tasks. With 1,500W and 2.2 peak horsepower, it can tackle even the toughest jobs. And its dedicated soup function doesn’t just puree soup ingredients but even heats them.

True to Wolf’s name, it’s absolutely gorgeous with a sleek stainless-steel base and red knob that fits perfectly with my kitchen colour scheme (all of my small appliances are either silver or red). The sizable jar is made of shatterproof BPA-free Tritan, which Wolf says was chosen because of its durability, light weight, and glass-like clarity. Nonetheless, it’s odd that a brand like Wolf didn’t use glass. The jar, which has side measurement markings for ounces, cups, and millilitres is covered with a tight-fitting lid that has a hole in the middle to fit the emulsion cup with a tiny hole for drizzling things like butter or oils into dressings and a filler cap that has convenient measurement markings on the side, ideal for adding small amounts of ingredients to dips and dressings. The included tamper accessory fits through the hole when you remove the filler and emulsion cup should you need to break up clumped ingredients that are stuck in the middle or scrape off ingredients stuck to the walls of the jar.

The non-removable stainless-steel blades inside are built to last – you can tell just by looking at them that they aren’t flimsy and can take anything you might throw at them.

The sleek base has two buttons at the top for Pulse and Start/Stop along with a control knob that features the four main functions (Smoothie, Ice Crush, Puree, and Soup) along with Variable Speed Control from 1-10. What sets this unit apart from other blenders is that, as mentioned, it doesn’t just blend soups but also heats them, so you can go from cold ingredients to hearty soup in under seven minutes.

Set-up is simple: take everything out of the box, wash and dry the jar, lid, and tamper in mild, soapy water, then place atop the base (do not wash the base – just wipe down when needed) and plug it in. Add your ingredients, turn the knob to the desired setting, and start/stop as needed.

How well does the Wolf Gourmet Pro Performance blender work?

To truly put this blender through its paces, I wanted to test all three main food programs: smoothie, puree, and soup. I also wanted to check out the Variable Speed Control to get a feel for the power of the unit and how well you can manually control it to avoid over- and under-mixing ingredients.

I made three things: smoothies, hummus dip, and a hot soup.

The smoothie mode nicely blended the ingredients, which included pre-crushed ice from my refrigerator, frozen mangos and avocados, powdered greens, and almond milk. I noticed the base shifting around a bit while chopping the ice and frozen fruit, sort of like a washing machine that’s off balance. But this only lasted for the first few seconds. Once the smoothie was ready, which took about a minute, I noticed some chunks of avocado remaining. But who doesn’t love a chunk or two of fruit in their smoothie? The blender was quite loud, but I have yet to find a blender with a smoothie function that isn’t. I made a second smoothie with ice, a ripe banana, fresh spinach, powdered almond butter, powdered greens, and almond milk and it was buttery smooth – the perfect consistency.

When making homemade hummus using the puree function, the machine sufficiently pureed the canned chickpeas along with the tahini, lemon juice, and other spices. I loved that I didn’t have to use the tamper at all. Like with most blenders, however, it was tough to get all of the hummus out of the jar once ready to serve, requiring that I stealthily maneuvered around the blades to scoop out every last bit.

For hot soup, you’ll benefit most by using a recipe that involves roasting vegetables first, then adding them to cold cream, broth, and/or other liquid ingredients. I tried two types of soup: one with potatoes that I only needed to blend while already hot and another to blend while cold using the soup mode. The soup mode runs for six minutes and 45 seconds, first blending the soup then heating it to just under boiling.

I first tried the Variable Control Speed with already heated soup, just to puree the cooked potatoes to get that creamy consistency. It’s important not to blend any potato-based soup (or any potato dish, for that matter) for too long or it will become gummy and inedible. I didn’t need to, though. After just a few seconds (really!) at Variable Speed 1 or 2, it was the perfect consistency.

Later, I used another cold soup mixture and the soup function to see how well it would heat up. It worked beautifully, first pureeing at a high speed than heating, which was evident through the steam coming from the top. Once done, I carefully removed the lid and the soup was slightly bubbling, making it the perfect temperature to pour and chow down right away.

One thing worth noting is that the blender jar stained quite easily, especially when making curry-based soup. If you are using ingredients that tend to stain, like turmeric, curry, or beets, make sure to wash the blender jar out immediately when you’re done. For tough stains, soak it overnight in a vinegar and water solution. For really tough stains, combine ¼ cup baking soda with a cup of vinegar, wait until it’s done foaming up (it will foam right to the top) then add two cups of water. Run this mix on the Soup function then rinse. If it really comes down to it, you can also resort to a bleach and water solution and let it soak for hours to get it back to looking like new.

This blender does it all, and the large and wide 64-ounce jar is great for those who like to make large quantities, whether it’s smoothies (or spiked drinks!) for gatherings or big batches of soup. It’s odd that, with such an elegant base and from such a high-end brand, you’d expect to get a glass jar.

Nonetheless, the Wolf Gourmet Pro Performance blender is an eye-catcher in any kitchen. And it’s more than just a blender. It’s a small cooking appliance, too. The power is mind-blowing: I imagine I could get smooth and creamy mashed sweet potatoes for a holiday dinner in literally seconds whereas it would take minutes in a regular blender.

I wasn’t happy with how easy the jar stained with certain ingredients, but if you can be mindful of cleaning it thoroughly right away after each use, you can keep it looking like new. And the handy accessories are perfect for those who love making things like homemade salad dressing, healthy dips, and even complex sauces that you can heat up right in the blender in addition to your basic smoothies and purees. 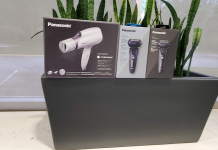 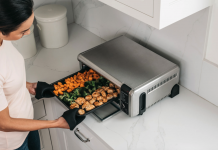 Back-to-school: Toasters for every type of meal 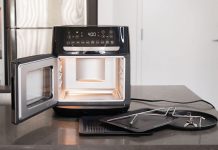