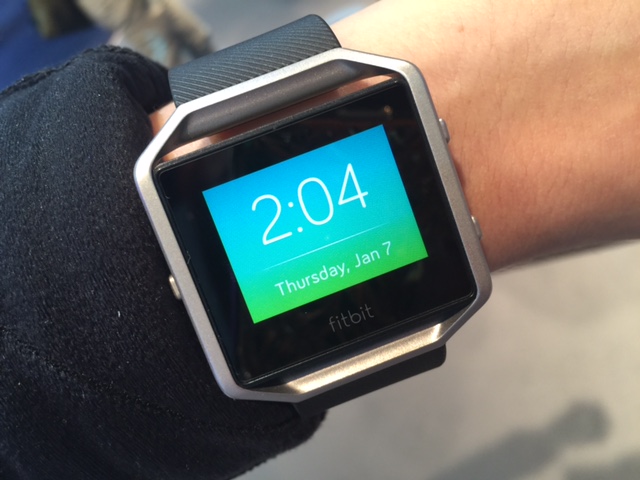 Fitbit may be known by many as the King of Wearables, so it wasn’t surprising the company announced a brand new fitness band at the Consumer Electronics Show this year. At the Fitbit booth at CES, the company was showing off the latest addition to the family; the Fitbit Blaze. The Blaze comes packed with all the smart features you’ve come to know and love from Fitbit (and if you haven’t come to know or love them yet, you should; they’re a great company with quality products and smart information).

What will the new Blaze do?

The Blaze will measure steps, track sleep and monitor your heart rate, but it adds on new functions to the existing Fitbit ecosystem. The Blaze has smart activity tracking to allow you to keep tabs on all your fitness activities. “SmartTrack” as it’s called will automatically recognize and record exercises for you, so you’ll get credit for a workout even if you forget to log it. Calls, texts, and calendar alerts also come in via the band, but you can only view them, not respond. The touchscreen face (in full colour) will also allow you can control your music too. 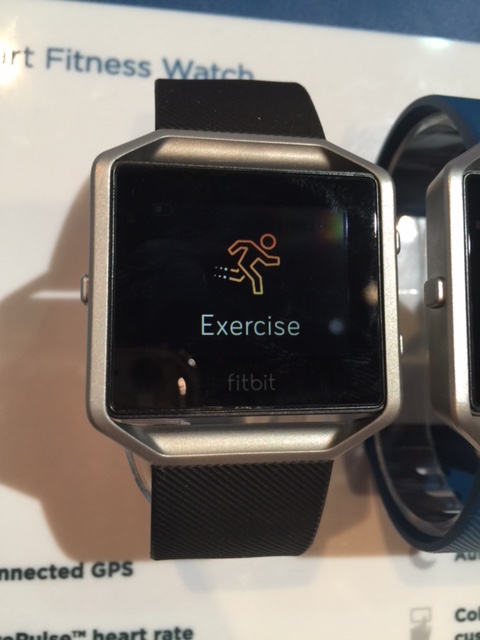 Blaze also boasts a boxy but chic metal bezel. While some people were saying it’s big and wide, others were complimenting its slim/thin profile, so it may have the best of all worlds when it comes to wearables. The Blaze also has plenty of band options from leather to metal and more.

Getting hands on with the new band was a treat; Fitbit had lots of stations to test and try the bands. They’re much lighter than they look and the touchscreen was very responsive. Fitbit Blaze also syncs wirelessly to more than 200 devices, so you can get workout summaries, analyze your trends, track your nutrition and plenty of other functions.

I asked the Fitbit representative I talked with about the watch face, and if it was in any way customizable, as many other smart watches/wearables are. She told me there were several faces to choose from so it’s easy to personalize. She also told me the battery should last 5 days on a charge; which is great, given that it’s also working hard sending you alerts for calls and texts too.

The company also had its entire existing line on display to test and sample; and my personal favourite the Flex was also there with many fun, bright coloured bands.

I’m at CES all week.  Watch for more updates daily, and follow me on Twitter and Instagram to get the latest updates from CES 2016 in 140 characters or less!