VR, or virtual reality, isn’t new. The technology has been in development since the 1960s, but it has now entered a truly captivating phase where seemingly anything is within reach, be it a faraway locale or a game that pits you smack in the middle of the action. Now that it’s ready for primetime, you can experience it at home like never before.

What is the big deal with VR?

The word “big” is probably a good place to start because it’s like standing in one place in reality, yet feeling like being somewhere that could be much bigger virtually. It’s technology that triggers multiple senses at once through an immersive experience.

To work and play in a virtual environment, you will need a VR headset. These are technically known as HMDs, or head mounted displays, but VR headset is the more common term. A VR headset is able to effectively display environments that are life-sized, with head and positional tracking that follows you, giving you a 360-degree view of everything around you.

Instead of looking at a screen, like a TV or mobile device, you are viewing a canvas that is both massive in scope and feels like it has planted you somewhere else.

These were popular a few years back but are less popular now with the advent of high quality premium headsets. They are basically entry-level VR. The headsets are very affordable, require no real maintenance, and are highly portable. Ideally suited for 360-degree video, especially on YouTube, rather than immersive VR content that might also need input devices, like controllers, these headsets are mostly known as “Cardboard”, based on the standard Google implemented several years ago. That’s not to say you can’t use a controller, because you can. If it can pair with the phone via Bluetooth, and the game supports it, you are good to go. They don’t have straps that wrap around the head. You place a smartphone in the slot at the front of the headset, then hold the viewer to your eyes. Setting up content to watch is as easy as going through the step-by-step procession on the Cardboard app on Android and iOS. Like the View-Master, which is aimed at children, Light Mobile VR headsets are for quicker interactions that might not be more than five minutes at a time.

Taking it up substantially are the Premium Mobile VR headsets. These are made from better materials and include straps that contour to your head for a tighter fit and seal. You still need to slide in your smartphone to actually watch something, but the interaction is more seamless. The lenses are adjustable to get the right focus, and the fit and feel is more natural. The newest in this category is the Meta Quest 2 (previously Oculus). It’s the closest to a standalone VR headset with internal memory to store movies, games, and more. You still need a smartphone to set it up and run the Oculus App (iOS or Android), but the phone does not get inserted into the headset. You then use the Meta Quest 2 without wires or any tether to restrict your movement.

While the Light Mobile is a good starting point, VR headsets in the Premium segment deliver a true VR experience.

This is VR at its height. The capabilities of tethered headsets are beyond the scope of what smartphones can deliver with the other two segments because they run off of computers or game consoles. This means more power, higher resolutions, better graphics, and more immersive experiences that feel deeper and more intimate. You’ll notice that the Premium tethered models have a stronger focus on comfort too. Tethered headsets are built to feel comfortable for long stretches, even though they generally weigh more than those in the other two segments.

How does VR work?

To bring all this to life, VR headsets have lenses that magnify and focus on the content, making it possible to wear one and see clearly without prescription glasses. The lenses reshape the image for each eye to create a stereoscopic 3D image that aims to mimic how human eyes actually see the world around them. The resolution is halved, so that it is equal for each eye. This is why when you look at VR content without the headset, it looks like two mirrored images next to each other.

It generally works this way, regardless of whether the content is coming from a computer connected to the headset, or if it is playing off a smartphone that is placed right in front of the lenses. In both cases, the actual display is not 360-degrees, but closer to 100-degrees—something you won’t really think about because looking all around feels like a full 360 experience.

This works with head tracking, where sensors and other components inside help reduce latency to milliseconds, so that there is no lag between head movement and what appears on screen. Look to the left, right, up, down, or anywhere, and it should feel like everything is as smooth as it is under normal circumstances.

Then there’s motion tracking, which the tethered VR headsets are capable of supporting. This is where your hands come in, meaning that the controllers that come with those headsets can be tracked, so that however you move them or whatever you do with them translates in real-time to an action in the VR space. Press the trigger, and you can be shooting a weapon. Pull back with one hand and outstretch the other, and you could fire a bow and arrow. Wave your arm, and you might scare away some fish. Do a throwing motion to toss a ball or some other object. In VR terms, the controllers are usually your hands. Note, however, that some Premium tethered models can be enhanced with hand-held accessories as shown to the right.

What can I see or play using VR?

Depending on the type of headset you are using, the content can vary. Even so, there’s more and more of it coming out from developers. This can be something informative and educational about sharks—where you are placed under water to see them up close, or a game that turns your hands or controllers into virtual weapons.

The breadth of content is pretty wide. Flying a spaceship, painting on an invisible canvas, walking a tightrope across tall skyscrapers, interacting with animals, seeing athletes up close, and plenty of games of varying design.

Not every VR experience requires you to move your body. It’s possible to play a game in a stationary position using a compatible gamepad controller, where you can look around without having to physically move out of position. You can also view video shot from a 360-degree camera, angling your head around to see the full view in any direction.

Wearing a pair of headphones that plug in directly to the headset or smartphone gives you both the sight and sound of whatever it is you are looking at.

Apps like Vrse, Jaunt, Ryot, and IM360 all offer VR video out of the gate, and there are still more apps popping up that do the same. Everything on YouTube is viewable, even if it isn’t a 360 video, showing 2D content like a big screen TV right before your eyes.

Is VR safe to use, or am I asking for trouble?

This is a good question to ask because the senses are so engaged that it may be too much to handle. VR-induced nausea is a possibility if the motion is too much for you. Getting the right focal distance by adjusting the lenses and taking frequent breaks are good ways to avoid something like that from happening.

For VR that requires movement, an open and unhindered physical space is really important. For tethered headsets that constantly need a power and content source, the snaking wires are something you should be aware of so as not to trip. After all, you can’t see your surroundings while wearing a headset.

Arm movements can also be dangerous if they make contact with something. Kids and pets should also be kept away during play. VR is the real deal, and it has plenty of room to grow. What is out now is the beginning of a new category that is available to early adopters who want the tethered option, as well as curious newcomers who want to see what it’s all about amidst the Light or Premium Mobile options. 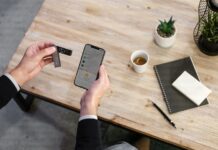 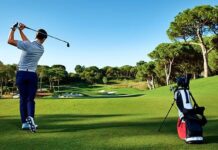