Virtual reality has always been a promising technology and several generations into VR hardware, it’s now incredibly compelling. The latest release from virtual reality pioneer Oculus is the Oculus Quest, an all-in-one VR headset that eliminates the wires and the need for a PC. The biggest buzz in VR gaming is Vader Immortal: A Star Wars VR Series. The award-winning game trilogy takes a deep dive into Darth Vader’s past, letting users get hands-on with iconic Star Wars weaponry and ultimately take on the Sith Lord himself in a duel. And the final episode lands today, November 21. Put these two together, and you have something really special. That’s right, it’s bundle time.

For a limited time, buy an Oculus Quest VR headset and you get all three episodes of Vader Immortal: A Star Wars VR Series for free!

November 21 is the launch date for the third and final instalment of the Vader Immortal series. Here’s what to expect:

“In Episode III, players will lead an attack on Vader’s castle with a contingent of friendly forces. Like in the first two episodes, fans will learn new skills and techniques to help them on their mission, like how to use an Imperial Blaster and thermal detonators, in addition to wielding an ancient lightsaber and Force powers. Players will need every advantage as they clash with stormtroopers, Imperial officers, and other enemies on a climactic push to reach the top of the castle where Vader, and the fate of Mustafar, await.”

Vader Immortal: A Star Wars VR Series — Episode III arrives today for the Oculus Quest. And it’s included, along with the first two episodes, when you buy an Oculus Quest VR headset.

Oculus cut the cables when it released the Quest VR headset and made virtual reality accessible to a far wider audience.

You get a pair of second generation wireless Oculus Touch controllers that are tracked by four ultra wide angle sensors. Visuals are more immersive than ever with a two OLED displays, each with a resolution of 1440 x 1600 pixels, and a 72Hz refresh rate. The entire headset weighs just 571 grams, and has built-in speakers. And you don’t need a gaming PC—or any computer for that matter—to play.

To learn more about the Oculus Quest VR headset, be sure to read Leonard Bond’s post from when the system was first announced.

The big announcement today of course, is the bundle being offered by Oculus, marking the release of the third episode in the Vader Immortal series. The bundle is available for both the 64GB and 128GB versions of the Oculus Quest VR. How does it work? Once you activate your new headset, all three episodes of Vader Immortal: A Star Wars VR Series will automatically appear in your library.

Note: Offer is good from today (November 21) until January 31. The headset must be activated within 30 days of purchase to receive the bonus content.

Get your lightsaber ready and head to Best Buy for your new Oculus Quest VR headset!

*Valid on purchase of a new Oculus Quest VR headset (64 GB or 128 GB) (“Qualifying Product”) between 21/11/2019 and 31/01/2020 or while supplies last. To be eligible to redeem Offer, you must be at least 18 years old or the legal age of majority in the jurisdiction in which you reside at the time of purchase. Void where prohibited by law. Qualifying Product must be activated within 30 days of purchase to receive Offer Item. Offer Item (digital content only): Vader Immortal: A Star Wars VR Series – Episodes 1-3 and Lightsaber Dojos for your Oculus Quest device (approx. retail value: C$35.97). Offer Item must be redeemed on or before 02/03/2020 and within 30 days of Qualifying Product purchase. Qualifying Product subject to availability, quantities are limited. Not valid on prior orders or purchases; cannot be transferred or otherwise redeemed for cash or promo code(s). Cannot be combined with other offers, discounts or coupons. Facebook Technologies reserves the right to modify or discontinue offers at any time. Limit of 1 Offer Item per Qualifying Product purchase. Other exclusions and limits may apply. Consumer is responsible for payment of any applicable tax for redemption of offer. For full Terms and Conditions and all details, visit https://www.oculus.com/legal/quest-vader-immortal-bundle-offer. 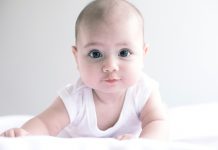