Smartwatches have been slowly getting better at offering true value as both extensions of smartphones and activity trackers with fitness in mind. Smartwatches and fitness trackers aren’t necessarily the same thing, though they may share similar features.

Fitness trackers are meant to be functional devices focused on tracking daily activity, whereas smartwatches are designed to be more multifaceted, with support for apps and, in some cases, wireless network connectivity.

Apple announced its latest smartwatch in the Watch Series 7, with availability starting on October 15. It’s a very modest upgrade from the previous model, but may feel like a bigger leap forward if you’re coming from an older model. The Series 7 retains Apple’s S6 processor, though the bigger differences come on the outside. More rounded corners complement a screen that’s 20% larger, so it fits closer to the watch’s edges. You now also get IP6X dust protection, plus the usual WR50 waterproofing.

Apple didn’t change much on the exercise tracking side, other than adding some extras for cyclists. You still get the same SpO2 sensor to measure blood oxygen on demand, along with the ECG (electrocardiogram) to keep tabs on your heart’s health.

Some of the new features come courtesy of WatchOS 8, like new fitness routines centred on pilates, and mindfulness practices. Not to mention the Wallet app and its newfound support for unlocking compatible doors. Those aren’t specific to the Series 7, but you should expect to have them when you use this watch.

With models that support cellular LTE connectivity, you can make calls, send/receive messages and play music straight from the watch. Non-cellular models can do a lot of things too, save for phone calls, as there is no eSIM functionality. Battery life is basically the same as the Series 6, except you can charge this one much faster. Just remember that the Apple Watch will only work with iOS devices. If you are looking for something more affordable, you can always try the Apple Watch SE or Apple Watch Series.

Samsung tried to simplify things by using more conventional naming. In short, the Watch4 Classic is the successor to the Galaxy Watch3, while the Watch4 is based on the previously-named Watch Active models. The Classic sticks with the physical rotating bezel that makes navigating the watch so much easier. The Watch4 makes it touch-sensitive. In both cases, you get a vibrant AMOLED display, plus a new operating system to rely on.

These are the first Samsung smartwatches to run on Google’s Wear OS, as the company moves on from its own Tizen platform. That means better access to more apps, and eventually, direct access to Google Assistant. Bear in mind that Samsung Health takes precedence over Google Fit to track exercise, so it’s not a full Wear OS experience.

You do get the similar waterproofing, so durability isn’t really a problem. There’s a fair bit of tech inside to use, starting with the excellent heart rate monitor, as well as the SpO2 sensor for blood oxygen levels. There is an ECG as well, but it’s not live yet because Health Canada has yet to approve it.

These watches can track up to 90 exercises—six of them automatically—and with built-in GPS, distance and routes are easy to track, too. Sleep tracking also gets better with useful information displayed on the Galaxy Wearable app.

Samsung doubled the watch’s internal storage to 16GB (12GB of which is free to use), which is great for adding apps and watch faces, but also for music. That lets you save Spotify playlists for offline listening directly from the watch by pairing it with headphones. You can also take make and take calls directly from the watch, including the ability to respond to messages.

This watch comes in 45mm size, whereas the Vivactive 4S is the equivalent at a 40mm size. Garmin rates battery life at up to eight days in most passive use cases, and that cuts down to about 15 hours when GPS is on.

This is every bit an activity tracker, but it also increasingly adds the look and feel of a smartwatch. The Charge 5 marks the first time a Fitbit activity tracker comes with a colour scree, plus new sensors. You get the EDA (electrodermal activity) sensor previously introduced in the Sense, plus the SpO2 sensor to measure blood oxygen while you sleep.

There’s even built-in GPS to track distance on runs, walks and hikes. The heart rate monitor is still intact and you can always use it to check your heartbeat. Fitbit also introduced a new feature it calls the “Daily Readiness Score” to track where you stand with your health and fitness. It includes details on your sleep and heart rate variability. You can only access it through a Fitbit Premium subscription, with the first six months being free.

You can also access the same Readiness Score on other Fitbit devices, like the Sense, Versa 3, Versa 2, Inspire 2, and Luxe.

More than the group of smartphones and trackers above, there’s a wide range of wearables like smartwatches and activity trackers. 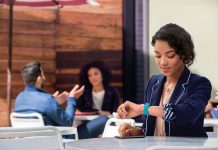 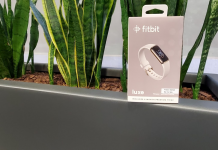 Enter for a chance to win a Fitbit Luxe fitness tracker 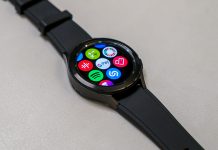