Best Buy Blog
Home Video Games Review: Tom Clancy’s The Division, was it worth the wait? 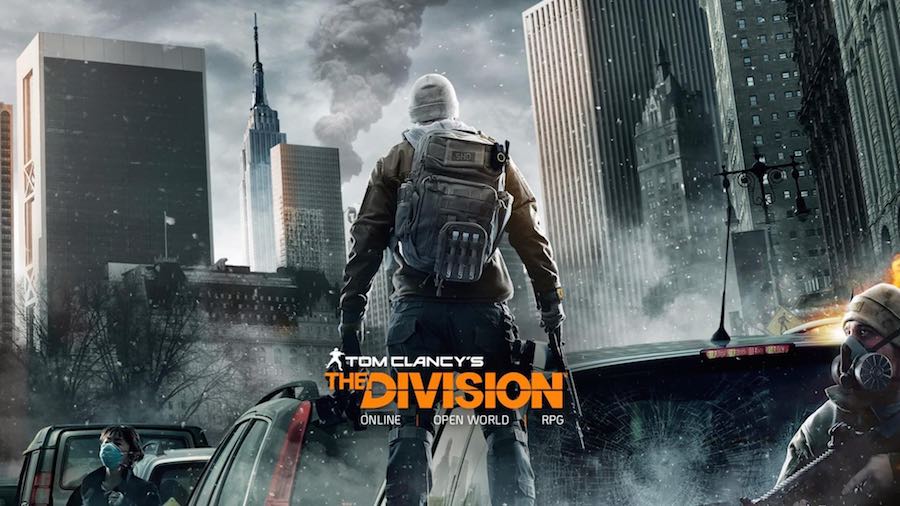 The original trailer seen at E3 2013 of Ubisoft’s upcoming 3rd person, cover based, Tom Clancy universe shooter was absolutely mind blowing. After several launch dates being pushed back, a closed alpha, a closed beta and an open beta, we have finally seen the official release. It might not be exactly what we thought it was going to be, but what we got with Tom Clancy’s The Division is well polished, unique and great to play.

Ubisoft’s latest Tom Clancy video game takes place in Manhattan after a pandemic has reeked havoc on its inhabitants. You play as a sleeper agent from The Division. A last ditch network of individual and highly trained agents, who once activated by the government, will help bring back order and safety to the people, while also looking for clues to what actually happened. You and your fellow agents will fight looters, rioters, prisoners who have escaped and taken up arms, fire wielding cleaners bent on burning away the contamination and a militia angry for being left for dead. Throughout all this not only will you also be helping those in need, you will also be tracking down who or what caused the outbreak in the first place. 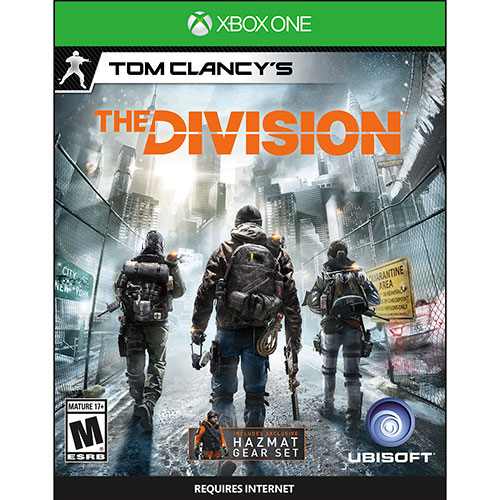 Even post outbreak Manhattan has a lot to offer

While you explore and fight your way through what’s left of Manhattan island, you will complete missions for supplies to help improve your base, consumables, items, weapons, gear and blueprints to help you craft better equipment, all the while collecting fragments of what’s left, to piece together what actually happened and what or who caused the outbreak.  As you collect supplies you will upgrade 3 different wings of your base, each wing corresponding to a specific skill tree. The 3 different wings are medical, tech and security. By upgrading these wings you will also unlock talents which give passive abilities, perks which help increase inventory, consumable slots and more. 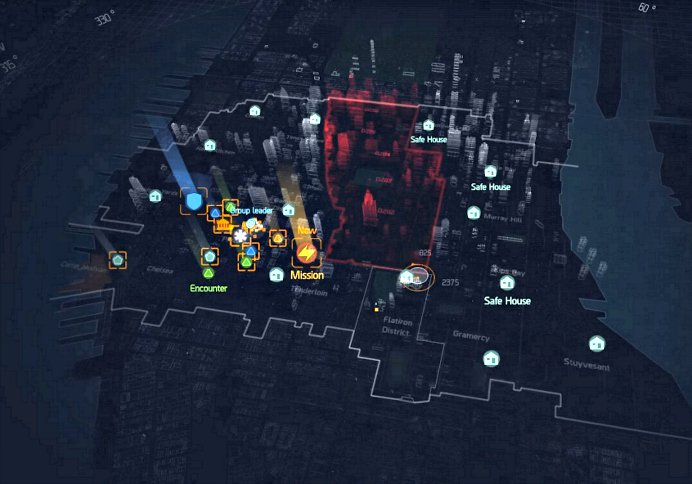 Exploring the bulk of Manhattan is quite exciting, you can do this alone or with up to three friends and in all honesty, it is much more fun with friends, but still a good experience alone. Playing through all the story missions, most of the side mission and encounters, should pretty much get you a character that is max experience level, with some decent gear and a fully upgraded base. Max level being 30 in this game, and once reached it will also unlock some other nifty features. Such as a new vendor in the base, who sells you items via Phoenix Credits, a special end game currency that can only be earned once you have reached max experience level. It will also unlock daily challenge missions, which are story missions that are cranked way up to 11 in difficulty. When completed they give you a high end reward for your troubles. So far myself and two of my friends have attempted one of these challenge missions, since we all recently reached level 30 and it was brutal, we couldn’t even get past the first group of enemies so they are certainly worthy of the name. 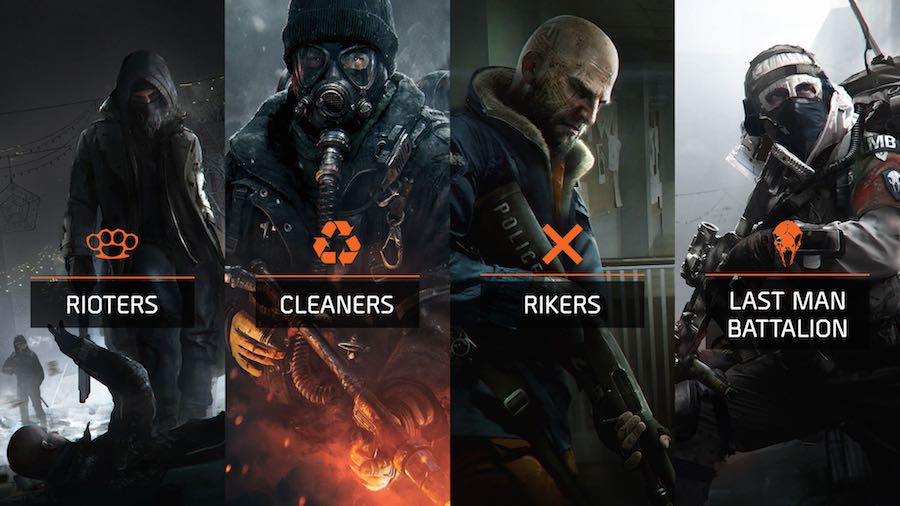 You’re probably asking, but Brad aren’t you a pro gamer who can defeat the likes of any game ever? Well once you reach level 30 in The Division, you begin the end game, as it were. Like other loot based shooters, The Division is all about collecting rare and powerful weapons and gear through fighting enemies and hopefully having them drop the awesome loot. During the main sections of the game you will collect increasingly better loot but none of it will compare to what you find in the Dark Zone. Before we talk about that, I want to finish up with the main part of the game. Getting through the story and upgrade paths of The Division should take you anywhere between 15-20 hours depending on how much time you spend looking for collectables and if you are completing story missions on the harder difficulty. That in itself is not a bad experience and for some it will be a complete experience, it even offers a few interesting moments and even a few things that will make you think, but in all honesty it’s really just getting your toes wet before you venture into the Dark Zone.

The Dark Zone is unique and intense

Ok, so we have completed all the missions, reached max XP level 30 and now have some decent weapons and gear, it’s time to enter the Dark Zone. Keep in mind you don’t have to wait till level 30, but it’s where you will spend the bulk of your time after level 30. The Dark Zone is The Division’s PVP area, but it’s not what you might think it is. All Division agents in the Dark Zone are on the same side, this means you can enter and help your fellow agents as you all team up to fight the game’s highest and hardest level NPCs. What makes this zone so special though is that when you collect loot you can’t immediately equip it, first you have to extract it from the Dark Zone as everything there is contaminated and needs to be secured separately. This means while roaming the Dark Zone you can only collect a limited amount of loot before you have to extract it, you start with 6 slots for Dark Zone loot and it can be upgraded at the base to carry more.

Extraction is probably one of the best and most intense features of The Division. When you have a full bag of Dark Zone loot that needs extracting, you must make your way to one of the extraction zones scattered throughout the Dark Zone. Once at the extraction you call for a helicopter to come and drop a rope for you to attach your gear to. When you call for extraction you shoot up a flare and a 90 second counter starts, before the chopper will arrive. The big game changer here is that everyone in the area will know that an extraction is going down and you just shot a flare up to announce your position. Now this is where PVP suddenly rears it ugly head. When you collect loot in the Dark Zone you will have a sack appear under your normal backpack showing players you have Dark Zone loot you need to extract. They won’t know what or how much gear you have,  just that you have some.  This means they can decide to disavow the Division,  attempt to kill you and take your hard earned loot, this is called going rogue. When you go rogue, you and your group (if you are in a group) will suddenly be called out and marked on the radar for other agents, you will have a timer and bounty placed on your head. While rogue if you continue to kill other players your rogue level will increase to a max of 5, when you reach max rogue level a manhunt will be placed on your head. This means all Division agents in the area will be hunting you down for a huge reward. If you manage to survive your fellow agents onslaught and get your countdown timer back to zero(by avoiding combat with non rogue agents), you will be rewarded quite well with currency and Dark Zone experience. Extraction and rogue agents makes the Dark Zone a fresh and exciting take on PVP and will always keep you on your toes, since you will never know who you can’t trust, until it’s too late.

Regardless of whether you are helping to take back the streets of Manhattan in the games huge single player/co-op world or in the Dark Zone, the game is a feast for the eyes. With huge amounts of detail and ever changing weather and night to day cycles, The Division is one of the best looking games I have seen this year. The only thing I could say is lacking in the looks department, is the low amount of facial customization you have with your character. This is only a minor gripe though as while exploring and collecting loot there are vast amounts of clothing (which are purely aesthetic) so over time you can create a character that resembles your personal style or something different all together. 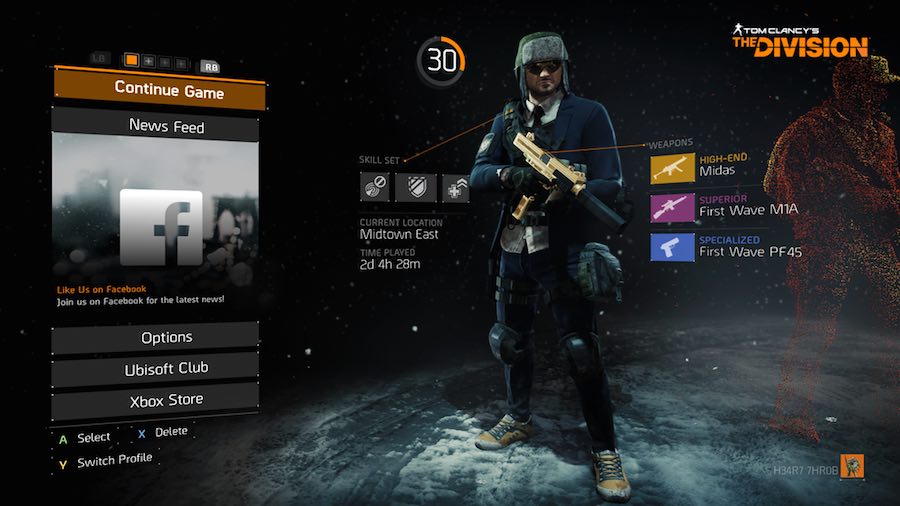 There is still a lot to be said about The Division, as there is a lot with in it quarantined walls. Its has beautiful graphics and scenery, the cover based shooting feels great and is easy to get the hang of and a great soundtrack which knows when to pick up at all the right moments. The Dark Zone is such a great take on multiplayer and actually forces you to talk to other players, and makes engaging in PVP an interesting high stakes gamble regardless of if you think it’s the right choice or not. It’s definitely a good take on the shoot and loot genre (think games like Destiny and the Borderlands series), but it might not be for everyone. There has already been huge outcries from players demanding a more robust competitive multiplayer experience and there has already been patches made to fix certain exploits and weapons that have been deemed too powerful. An example, is the sub-machine my character has in the picture above called the Midas, it has already been modified as it was deemed over powered.

I think what Ubisoft has done here is truly unique and well worth playing for anyone who enjoys third person shooters, loot collecting or  just anyone looking for something fresh and interesting. With a year of both free and paid DLC already planned The Division seems to be just gaining speed and I for one can’t seem to get enough of it. If you decide to play it, I wish you luck in the Dark Zone, as you never know what will go down waiting for extraction in Tom Clancy’s The Division and that’s what makes it great!

+ The Dark Zone is unique and intense

-End game can be a bit of a grind

Get your copy of Tom Clancy’s The Division on PS4

Get your copy of Tom Clancy’s The Division on PC