This month on the blog we’ve been hearing about more and more content that’s coming out in true 4K. (Want a quick refresher course on what 4K is and why it’s great? Click here.) 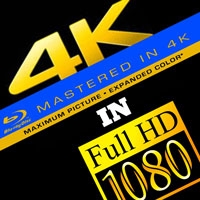 From the new Ultra 4K version of movies, to getting sports and other live entertainment in beautiful 4K directly in your home, content is starting to catch up to this great new technology. We’re also starting to see some new terminology around 4K: e.g., movies coming out that are “mastered in 4K” or “optimized for 4K.” What does that mean, and how can that help you fill the 4K void? Read on for more.

4K is all about image quality

4K resolution as we’ve heard is four times clearer and sharper than existing HD. Some movies have recently been announced that are made in 4K; movies like The Martian, The Lego Movie and Fantastic 4. (For more, read Leo’s recent article about 4K movies here.)  To enjoy the amazing video quality of this format you will need a 4K compatible Blu-ray player, HDMI cable and, of course, a 4K television.

So what does “mastered in 4K” mean?

Sony is credited with inventing the “mastered in 4K” format. They have begun re-releasing some movies from their older catalogue in this higher resolution. These movies, like the original Ghostbusters were shot in the 2000’s or even back in the 80’s, before 4K existed. But technology exists to re-master these older films in 4K format today. (While I could get into SD versus 1080p versus 35mm film, and conversions, suffice to say the originals get tweaked to bring them in line with today’s technology.) 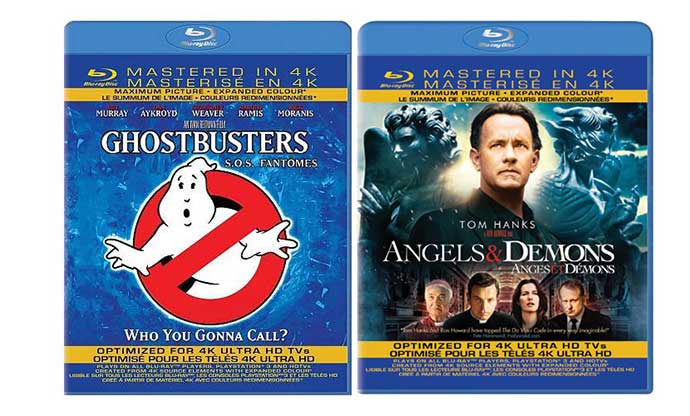 With upscaling that’s happening when some films are re-mastered, what’s happening is Sony is ‘improving’ the original film using mathematical algorithms. Upscaling converts low resolution video into a higher definition picture; basically it  enlarges the picture and then optimizes all the extra pixels 4K provides by digitally filling in the blanks, to vastly oversimplify this technology and how it works. (And it can be complex.)

As explained by our friends at cnet, “these films are specially mastered to deliver enhanced quality over standard HD movies, particularly when viewed on a 4K TV.”  So “mastered in 4K” or “optimized for 4K therefore are not true 4K. But the new format does improve upon the original resolution of some of these films.

What you need to watch 4K or Mi4K 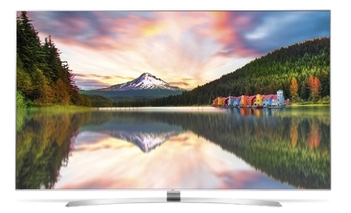 For 4K movie watching you need a 4K television, as well as one of the new 4K Blu-ray players that have been recently announced, such as this one from Sony. Check out Christine’s blog about this new technology.

To watch mastered in 4K discs (Mi4K), you’ll also need a 4K TV and a compatible Blu-ray player. (For more explicit instructions on how to watch, read Sony’s how-to here.)

One of the complaints about this Mi4K format, aside from the fact it could be confusing for consumers who might think it is real 4K, is that Sony’s Mi4K format will likely become obsolete quickly as true 4K discs become more prevalent.

While these Mi4K movies are not true 4K, they are definitely supplying movies in a much higher quality format than the original versions. According to Trustedreview.com, Mi4K “still only have the same 1920 x 1080 pixels of actual resolution as normal Blu-rays.”  Yet they have a lot more information in those pixels than before: better colour, better contrast, so you’ll get an overall better picture than 1080p HD, as long as you have a television that can show those enhancements. As trustedreviews acknowledged, the better picture did come at a cost: the Blu-ray disks can only hold so much information, so Mi4K versions of movies had to drop many of the additional features from the disk: features like commentary, interviews, bloopers had to be scrapped to make room for the higher quality movie. For some people that will not be an issue.

The best quality image will be available on the new Ultra 4K disks. Firstly, they will have the highest resolution possible at 3840X2160.  They will also have the full colour range possible, and all of the advantages of the latest technology (like specialized HDR content, which CNET claims is a true game-changer). Pair this format with a great 4K TV, 4K disk player and the right HDMI 2.0 cables and you will get a better 4K experience than anything else (even better than streaming 4K!).

Are you ready to explore 4K? Perhaps the first thing to do is to see it for youself at your local Best Buy store. They have many 4K TVs in a variety of sizes set up for you to test.  You’ll be amazed at how clear the image is. And with so much new 4K content becoming available in 2016, you may decide the time is right to bring the 4K experience to your home.