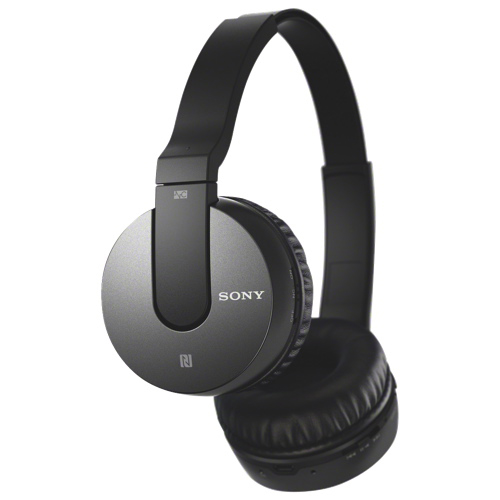 I love music. No matter where I am or what I’m doing, you can be sure that I have headphones of some sort near me, or on me. At the office, at the gym, on the bus, walking around town, grocery shopping, I’m dialed into music. It’s almost like I have my own soundtrack with me wherever I go. Needless to say I was pretty excited when I had the opportunity recently to review two models of Sony Wireless Stereo Headsets. After a week of testing, here’s my take on the two models.

The first of the two headsets I was asked to test was the Sony Wireless Noise Canceling Headset (MDR-ZX550BN); we’ll call these ones the MDR-ZX from now on. As per usual, I chose to dive into my review with only a cursory glance at the Quick Start Guide. However, I was able to put my university education and superior technical skills to use to quickly determine that the included micro-USB cable was to be used to charge the headset.

While scanning the instructions, I noted that charging would start once the headset was connected to my computer, that the headset’s little red indicator light would light up, and that it would take about 4.5 hours for the device to fully charge. What I didn’t take note of was the fact that when charged, the red light would turn off. For some reason, I thought the light would go green when charged. So, I waited. And waited. Got frustrated. Waited. No green light. No light at all. Decided this headset was defective. Waited. Red light again! Then no light. Finally, I chose to carefully read the two sentences in the Quick Start Guide that spoke about charging, and learned that there was no green light at all. The headset was fully charged and ready for a test drive.

Before I could test drive them though, I needed to pair them with my smartphone so I could stream my music. Once again, the impatient side of me zeroed in on the line in the Quick Start Guide that said you could simply tap the headset to your smartphone to pair with Bluetooth. Well, that’s all sorts of awesome! So I tried it. Nothing. I tapped them together again. Nadda. Then I read that you needed the NFC Easy Connect app on your Bluetooth device in order for the one-touch connection to work. After searching iTunes, I then read that the NFC Easy Connect app is only available on Android devices. Oops. I paired the headset with my phone without the app, and once I was connected I was ready to check out their functionality. 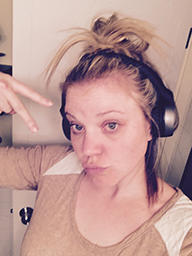 Generally speaking, I’m not a big fan of over the ear or on ear headsets. I find that with those styles of headsets that it doesn’t take long for my ears to get pinched and begin feeling uncomfortable. Not the case with the Sony MDR-ZX. I found their ear cups to be quite squishy and they caused me no discomfort. In fact, I wore them for five hours one afternoon while cleaning my apartment and could have worn them longer. And yes, the photo to the right is what happens when you take a selfie mid-apartment clean with no make up on, while simultaneously busting out a peace sign and a duck face.

As far as design is concerned, there was really only one aspect that I think could be improved. I’ve reviewed headsets in the past that fold into themselves for easy transportation and storage. The MDR-ZX do not, and I found that to be a design flaw.

The buttons on the MDR-ZX are pretty standard. There’s a power button, volume buttons, forward, back, a play/pause switch, and then a noise-canceling switch, which we will get to in a moment. Overall, once I got used to where the buttons were located, controlling my music through the headset was very easy. I especially liked the ease of the play/pause button—push to play, push to pause, repeat. What I didn’t like was the volume up button. Sometimes I would press it and my volume would increase without issue. Other times it would just beep and pause my music. As it turns out, this sound is made when you reach the maximum volume on the device. Interestingly enough though, I could increase the volume over that max via the controls on my phone. 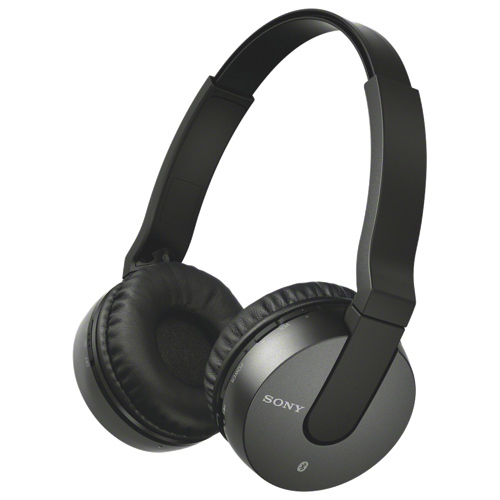 As far as sound produced by the MDR-ZX headset, it was fine. Nothing spectacular, but a decent level of bass and clarity that I think makes them great for traveling, commuting, or listening to music at the office. If you’re a DJ or music aficionado that likes a lot of depth in your sound, this headset is likely not for you.

Maybe I’m strange, but I don’t like the idea of chatting on the phone through my headset. But for the sake of science (aka this review) I made and took some calls through the MDR-ZX headset. Answering a call while grooving to tunes, or listening to a movie is very easy. You just press the phone button on the right earpiece and start chatting. Your music or movie pauses automatically, and then resumes when the call is ended. The sound quality of calls is pretty good, but a little hollow and tinny on the non-headset wearer’s end. I was told that my voice cut out quite a bit as well, which had a lot to do with how close I was to my phone while chatting. Anything more than about 15 feet away, and your conversation gets a little choppy.

This was the part about this headset that I was most excited about. I often work late into the night and live on a busy street next to university students who are quite loud, so noise canceling is my heaven. To be completely honest, when I switched the noise canceling from off to on, there wasn’t as much of a difference as I had expected. The sounds from the busy street below became somewhat more muted, but as far as voices and the music coming from next door, well, I didn’t notice any difference at all.

Next up was the Sony Wireless Extra Bass Stereo Headset, or the MDR-XB950BT … just rolls off the tongue, doesn’t it? I opted to be a little more prepared for this review, so read through the quick start guide prior to diving in to the test.

The two models are very similar. Charging and connecting to a Bluetooth device is identical, although the MDR-XB950BT takes a little less time to charge (i.e. maximum four hours versus four and a half).

The design and functionality is almost identical as well, except for four key differences: 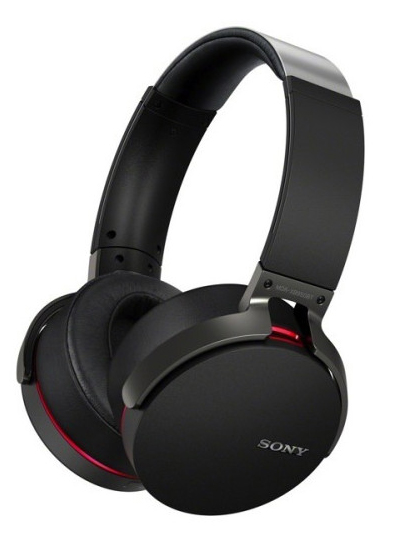 The Sony MDR-XB950BT feature a much larger ear cup than the MDR-ZX. It’s almost like your whole ear is enveloped in a cloud. Comfort aside, the larger cup works to keep as much sound as possible going to your ear instead of seeping out the sides to create a much more immersive listening experience. Like the MDR-ZX, the MDR-XB950BT headset isn’t collapsible, but the ear cups can be rotated, so the headset can sit flat on its side making them easier to transport and less prone to damage.

The phone button on the MDR-XB950BT is not separate, but incorporated into the play/pause button. As is the case with the MDR-ZX, when a call comes in, you simply press the phone button to answer and your music or other streaming media is paused. I only received one call on this headset (my friends are all too busy for me apparently!), but the individual who called said they could hear quite a bit of noise in the background. My voice was clear, but they heard the traffic outside and the wind blowing so the call was kept quite short. I did a little research on this and other reviewers noted that because the microphone on this headset is so sensitive, it picks up a lot of ambient noise, so perhaps not the best set to purchase if making and recieving calls will be a primary activity.

The last difference is the most significant difference between the MDR-ZX and the MDR-XB950BT and it’s sound. Holy moly! If these two headsets were cars, the MDR-ZX would be a Kia and the MDR-XB950BT would be a Mercedes. The sound that pumps out of this headset is absolutely awesome. It is rich, deep, and exceptionally clear. Adding even more depth to the sound is the MDR-XB950BT’s Electro Bass Booster function, which as you can imagine, boosts the bass of whatever it is you are listening to. With the quick press of the Bass Boost button your sound goes from great to really great. I found the increase in bass to be subtle enough that I didn’t feel like my head was going to blow off, but noticeable enough that not only was my music enhanced, but I could actually feel it pulsing through my brain. Crazy? Maybe, but I give it two thumbs up.

The last difference between the two Sony headsets is that the MDR-XB950BT does not come with noise canceling functionality.

Overall, the Sony Wireless Noise Canceling Headphones (MDR-ZX550BN) is pretty great as far as comfort and convenience is concerned. You don’t need to worry about wires, so you can groove to music while you clean, or watch a movie on your iPad without cords getting in the way. That said, the sound quality is average, and the noise-canceling feature left much to be desired. The Sony Sound Isolating Bluetooth Headphones (MDR-XB950BT) on the other hand takes the groundwork laid by the MDR-ZX550BN and adds more comfort and a depth of sound that I think would suit the tastes of almost anyone who enjoys listening to music or streaming media to their headset.