Today I take on 3 different Protocol drones in a single shot. In order to keep this review as orderly as possible, I’ll handle each drone separately under its own heading, rather than having the typical headings of “Introduction,” “Testing,” etc. Under each drone heading, I’ll give an introductory paragraph covering a few key specs of that model, followed immediately by a paragraph revealing my results in testing and overall thoughts. If you’d like to know which of these drones best suits your piloting purposes, keep on reading or simply skip to the section of the drone that interests you most. From smallest to largest we have the Protocol Neo Mini, the Protocol Slipstream Evo, and the Dronoim III with camera. Let’s gets started.

The Protocol Neo Mini RC Drone is small. And when I say small, I mean small! Measuring in at roughly the diameter of a standard hockey puck (3 inches across), the Neo is possibly the cutest drone in today’s fleet, but it’s also the most difficult to fly, possibly owing to its incredibly low weight, which I think almost makes it too responsive to control inputs. Impressively, it does have built-in 6-axis motion-sensitive auto stabilizers, so that does help, but any breeze at all also bullies this little quad quite badly. I would therefore suggest flying it almost exclusively indoors if you’ve got the space to maneuver. Otherwise, only fly it on the absolute calmest of days outside. As for total flight time per single batter charge, the Neo can run for 6 minutes. It also has the ability to do banked turns & 360 degree flips in all 4 directions.

Testing the Neo Mini was a bit of an adventure. I actually found it very hard to control. Some may think that a drone of this size is intended as an entry level model, but I would argue that more piloting skill is needed to fly the Neo Drone than for many much larger models. This is because larger & more expensive models are likely to have additional control options and stability enhancing features that cannot be incorporated into a drone as small as this one. In any case, try as I might, I never quite got the hang of it. Getting it to hover in place at a given desired height was utterly impossible, though I don’t doubt for a minute that this drone is fully capable of doing so. The deficiency lies entirely with me. If you’ve got the skills to handle a drone that demands absolute excellence from anyone trying to pilot it, then quite possibly the Protocol Neo Drone is right for you. Otherwise, you may wish to start with something slightly higher up in the drone hierarchy. As one moves more and more towards the higher end of the drone pecking order, most models tend to incorporate features that make them much easier to fly than this little specimen.

The Protocol Slipstream Evo QuadCopter Drone is the next size up from the Neo, and its top features include 6-axis Gyro stabilization, both indoor & outdoor flight modes (including a high speed mode), and the ability to do some pretty cool stunts (like 360 degree flips). The Slipstream also flies incredibly fast for a drone of its size, and it can perform banked & rotational turns like nobody’s business! The Slipstream is intended for users ages 14 and up, and it comes with spare parts such as props & bumpers that you’re almost certain to need considering the reckless abandon of this crazy little drone! With up to 8 minutes of total flight time per full battery charge, and the ability to recharge quickly via an included USB charging cord, the Slipstream is a small drone that’s 100% equipped for big flying fun!

The version of the Slipstream that I tested, which was a black & grey colour variant, was easier to control than its much smaller Neo Drone cousin, but that’s not to say that it was all smooth sailing by any means. In fact, the Slipstream is not nearly as easy to fly as the comparably sized Parrot Mambo Drone, and my experience with it was particularly wild as it’s been especially windy in my area lately. If you watch my brief video below, you’re sure to see one of the most erratic drone flights ever recorded when you get to the footage of the Slipstream. This drone is certainly susceptible to considerable interference from the wind, but, because fighting the wind is such a huge challenge, flying the Slipstream was also one of the most exciting drone experiences I’ve ever had! Unfortunately, I was unable to achieve any of the Slipstream’s stunt patterns. This was 100% owing to the fact that I was unable to maintain a stable hover in the windy conditions. Still, the Slipstream is a sturdy little drone that’s a whole lot of fun!

Finally, the Protocol Dronium III Quadcopter Drone with Camera is the largest drone I tested, and it’s also, by far, the most stable and easy to operate. Among its key features are a built-in camera (it’s the only one in our list with this technology), app compatibility (for seeing what the camera sees in real time), an auto take off and landing feature (for easier overall control of your drone), and 6-axis motion-sensitive auto stabilizers (for the smoothest flight possible every time in the air). The Dronium III is also composed of crash-resistant materials (so you don’t have to worry if there’s an incident) and features 3 different speed/skill levels as well as an overall flight range of 100 feet (so there’s little chance of drone loss in a sudden fly away). Overall, the Dronium III has a number of excellent features, so you may wish to investigate further by visiting its Best Buy product page.

As for my experience flying the Dronium III, I can definitely say that this one of the more stable drones I have tested recently, and certainly the most stable among todays three. It actually hovers very nicely, and I didn’t even have a single crash with it. Using the camera was a little bit tricky though. For some reason, I only got footage on one occasion, and I flew it at least 3 times. The last time I flew it I thought I was getting some great sunset footage, but it didn’t end up recording anything. I was flying without the app on that occasion and am not quite sure what went wrong. On the only occasion that I did get footage, I was flying very low (just trying to get used to the Dronium), so my footage was mostly of the incredibly boring ground. At least I know that the camera works! And, while dirt and pebbles aren’t much to look at, they did show up pretty clearly. The only other complaint I can possibly level against the Dronium itself is a seeming lack of power (at times) with respect to its directional movements. Of course, every time I took it out, it did have to fight the wind, so maybe that’s all it was. In any case, I did get some good flying in with the Dronium, and I even managed to get in a few very cool flips. It’s definitely a fun drone to operate, and I only wish I had gotten a chance to do so in calmer conditions. Oh well!

Please take a few minutes to view my triple threat video review. In it I take a very quick look at each of these drones and show a bit of flight footage as well:

Overall, I would have to say that this year’s selection of Protocol drones is a pretty good one. There’s a great mix of different sizes to choose among (particularly if you also throw in the Glileo Stealth Quadcopter), and they’re generally all fun (if not always easy) to fly! I think the Dronium III is the best one overall: it’s the ideal size for toting around with you, it’s as stable as it can be in the air, and it didn’t force me to climb a tree to recover it like the otherwise impressive Stealth did. Pretty decent qualities if you ask me! The smaller Protocol drones are also fun, but you do need to realize that as you move down the scale from bigger and more full-featured drones to smaller ones with less substantial capabilities (especially flight/stability controls), they do become more difficult to fly. This makes them less ‘entry level’ drones than ‘expert’ models in my opinion. The bottom line, however, is that these Protocol drones are certainly worthy acquisitions if you enjoy the drone flying hobby. I definitely thought they were more durable than last year’s Protocol drones as well, and the controllers were also better (more features & better labeled). If you’ve got experience with any of these drones, or are thinking of picking one up, I’d love to hear your thoughts, questions, and insights in the comments section below. Let’s talk! 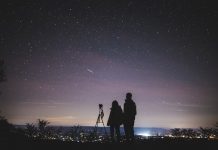 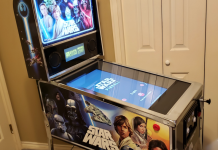