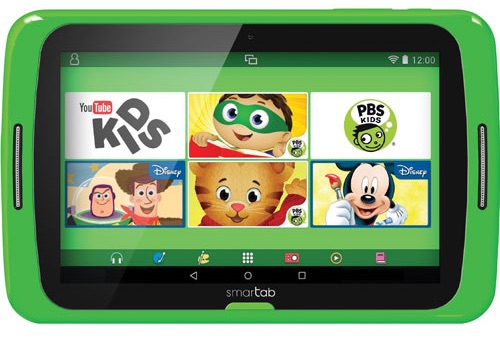 Today we consider the Smartab Disney 7″ HD Kids Learning Tablet. If you have a child in the 5+ age range that you feel would benefit from the use of a powerful learning tablet (complete with arcade style games, read-along story books, online access to fun & educational videos, and heaps more), there’s a pretty good chance that the Smartab will fit the bill. If there’s any question either way, then read on for my detailed review of this very interesting kids tablet. Truth be told, I was pretty impressed with this product, and I fully believe that even some adults might enjoy using it. 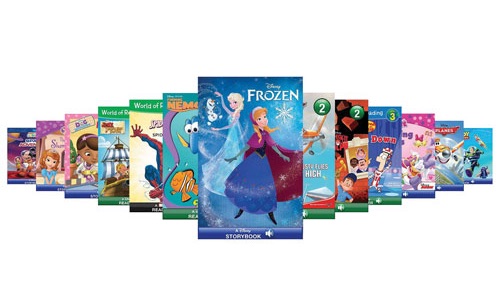 The Smartab Disney 7″ HD Kids Learning Tablet – In Green is an Android based children’s tablet that’s absolutely packed with kid friendly content. Included are over 60 games, apps, & read-along books featuring popular Disney, Pixar, & Marvel characters. You’ll find these in “Child Mode,” which is divided into 3 sections: Arcade, Read & Learn, and Videos (for which you’ll need a wireless Internet connection to access “YouTube KIDS”). Measuring 19 x 11.5 x 1 centimetres (that’s 7.48 x 4.5 x 0.39 for those who prefer inches) and weighing in at less than 1 pound, the Smartab includes parental controls that allow older children to learn how to use the Internet (i.e., like how to use email & visit useful websites) while staying out of trouble and away from inappropriate content. Some adults may even find this tablet handy as a way to conduct their own online activities. It’s fast, efficient, and a whole lot of fun—no matter what your age! 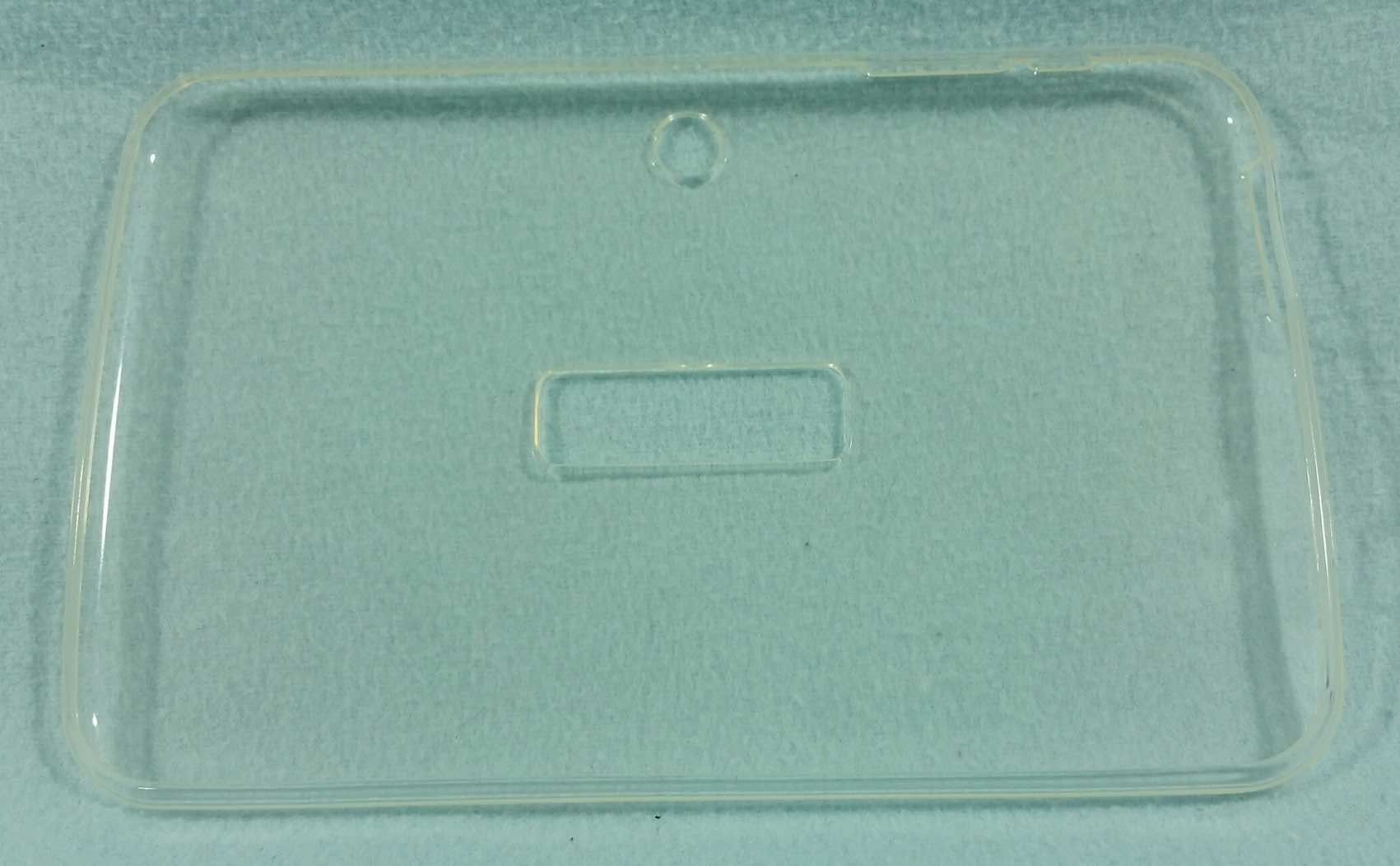 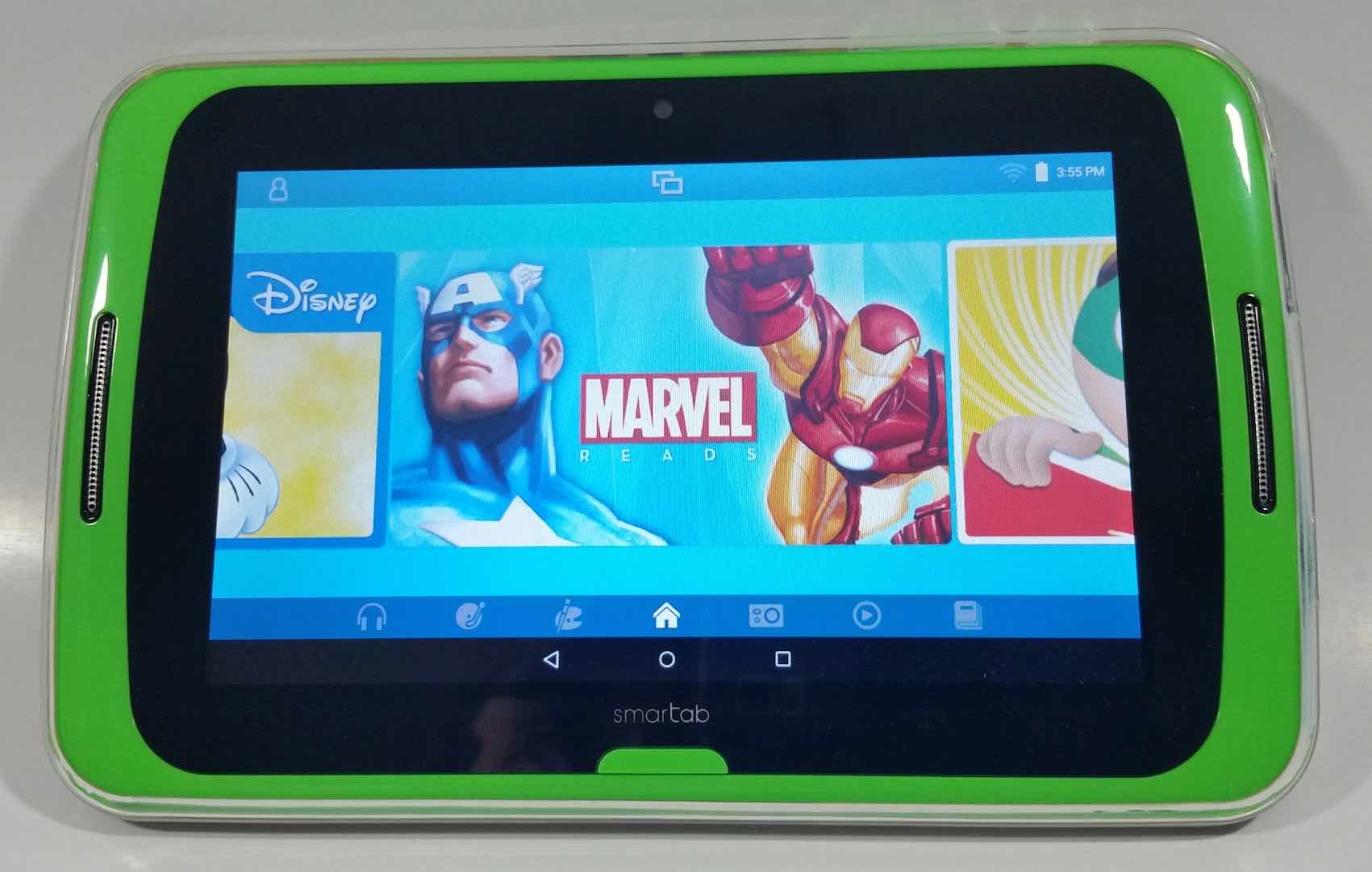 The first thing you should know is that there are many different ways in which one can enjoy the Smartab Kids Learning Tablet. I myself was particularly interested in testing the pre-loaded read-along audio books within the tablet’s Child Mode. The Marvel Reads story, in particular, interested me. It’s called Avengers Origins: Assemble, and it may be found in the Read & Learn section of the tablet’s Child Mode. It’s actually a pretty cool story! I also listened to Disney’s Frozen in the Read & Learn section, and although it is considerably shorter than its movie counterpart (it’s mere minutes in length), the gist of the story is there and it’s quite fun to listen to the narration. Adult fans of Frozen might not be overly impressed with it, but I suspect that kids will want to listen to it over and over again. By the way, you can also set a password on the Smartab without which your child is unable to leave Child Mode and go into other tablet functions such as web surfing. It’s a great way to keep them out of the troublesome corners of the Internet! 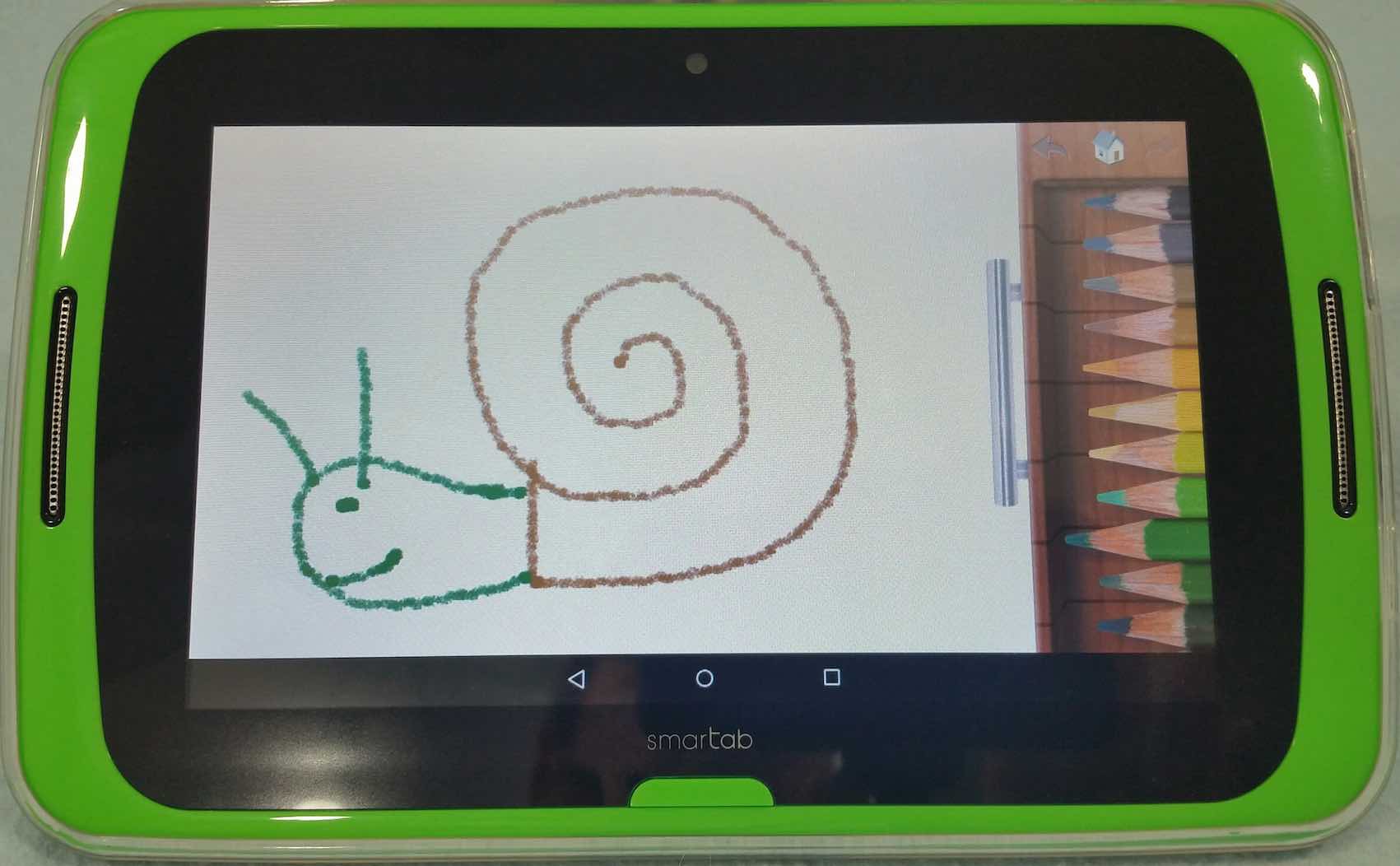 Also pre-loaded on the Smartab are a number of fun games that you can easily play by simply touching the screen. These games may be found in the Arcade section of the Child Mode, and the one’s I tested were all quite fun. Among my favourites were Shooting Gallery & Frog Pop’n, both of which are great for developing motor skills as well as hand-eye coordination in children (see screen shots of both in the image gallery below). Other featured games include Kid-N-Zombies (weird, but interesting!), Shoot! Haunted House, Car Chaos, Space Rush, Fish Munch, Sheep’Em, Turkey Bonk!, Race 60, and several others. I also enjoyed playing with the Draw program, which lets you choose among various drawing & painting implements (markers, coloured pencils, a paintbrush, etc.) and use whatever colours you like to draw or design anything at all. I can really see kids having fun with this program—particularly those with an artistic bent. The snail at left is my own, personal masterpiece! 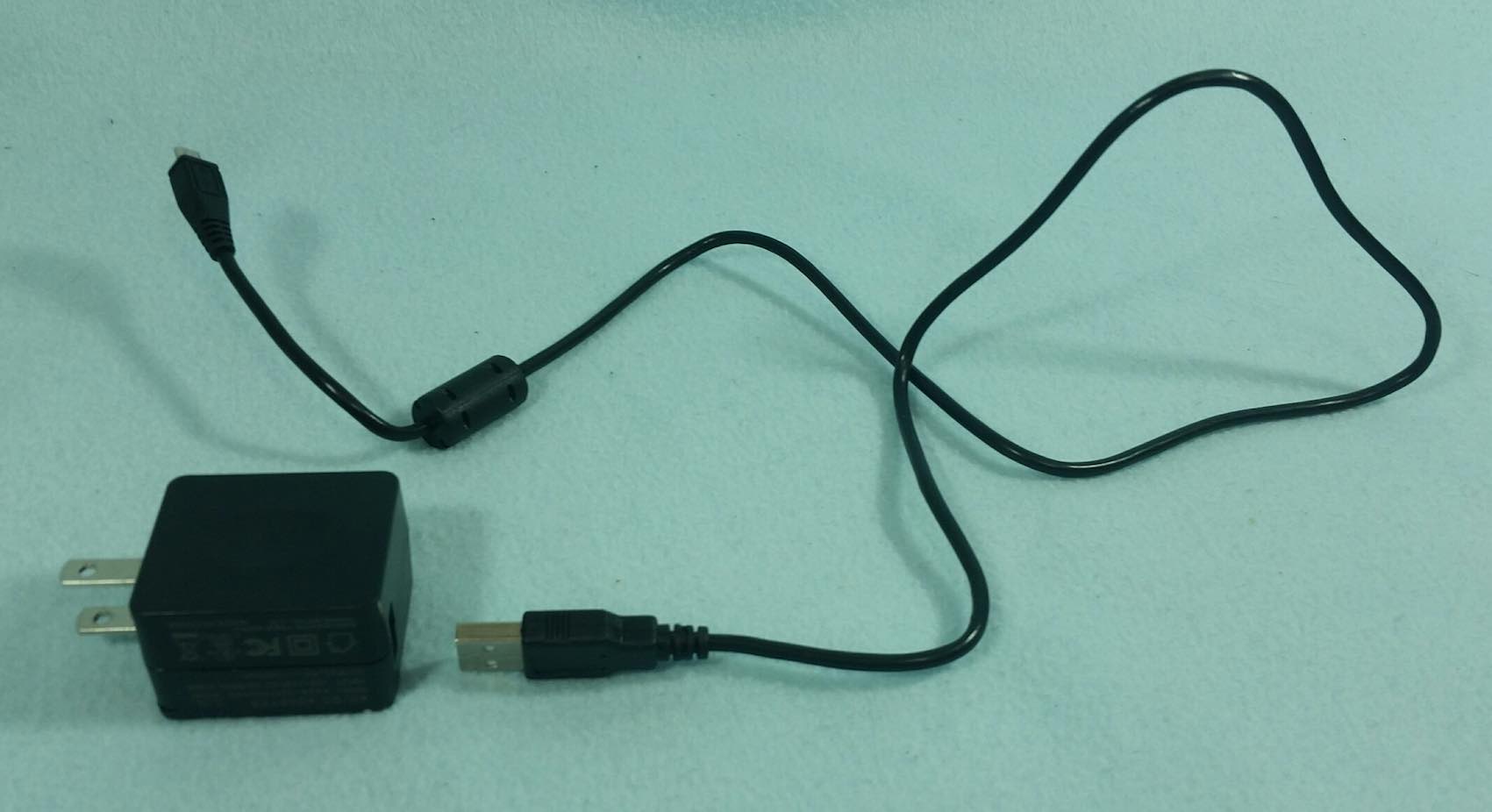 If you enjoy listening to music or watching videos, the Smartab has you covered there as well. With a multitude of compatible audio & video files to partake of, your child will be entertained from now until dooms day. And you can even have them use it with earphones if you like—simply plug them into the built-in jack and they’re ready to rock! This is especially useful when taking the Smartab along on road trips in the car. A decent set of earphones could mean the difference between a nice peaceful drive and driving everyone crazy! (Note that the Smartab does not come with its own set of earphones!) The one thing the Smartab doesn’t have that I really wish it did, though, is a nice stylus, which would make drawing and clicking on icons just a little bit easier. Even so, it does come with a handy AC charger. And since the cord connects to the adapter via a USB connection, there’s no reason in the world why you can’t plug it into a cigarette lighter adapter instead for charging in the car.

Please take a look at my short video overview of the Smartab in which I demo a few of the features discussed above:

Ok, I have to admit it—I either have the mentality of a 6 year old or this tablet is freakin’ awesome! I’ve tested a number of kids tablets before (mostly LeapFrog stuff) and always found them to be excellent tools of both fun and education for the super young, but mind-numbingly tedious for anyone approaching adulthood. This is certainly not the case for the Smartab! This thing has enough going for it (particularly its Internet access) to be almost as much fun for those of us over the hill as those just approaching it. After giving this thing a fair bit of attention, I just can’t recommend it highly enough. Whether you’re truly young, or merely young at heart, I have a pretty good feeling that this tablet can bring you hours of enjoyment and maybe even a little bit of knowledge. I recommend it wholeheartedly, and without reservation. 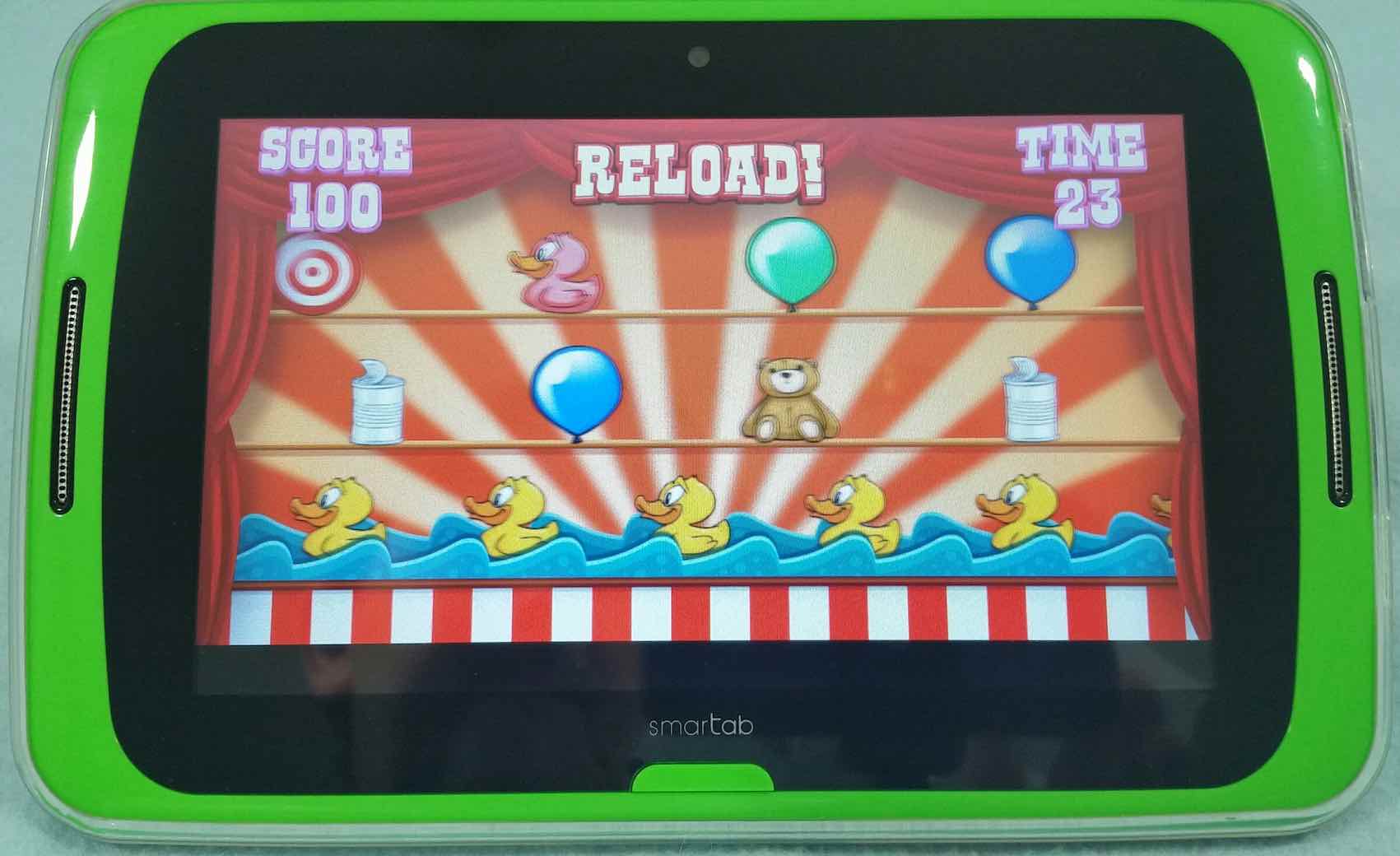 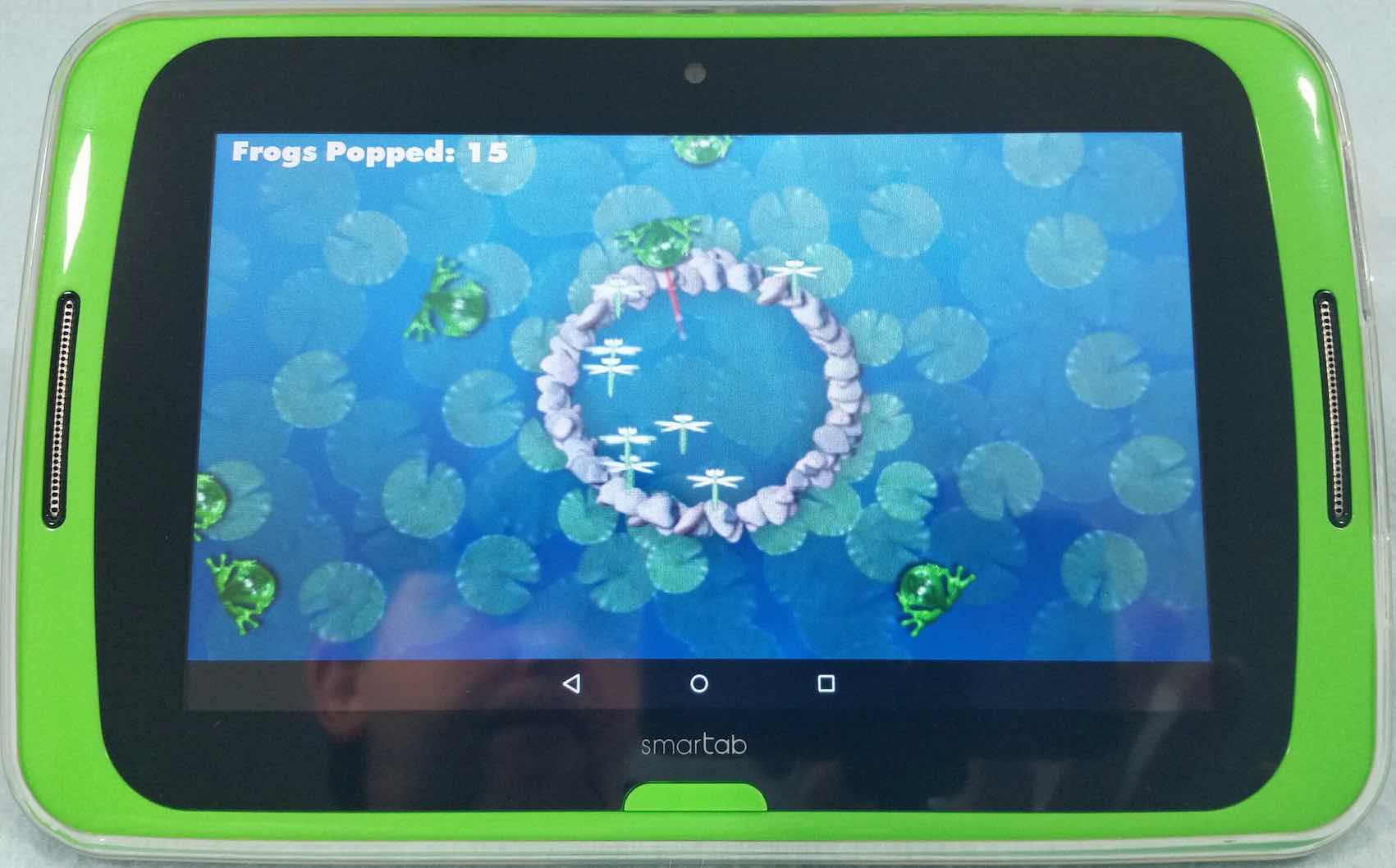 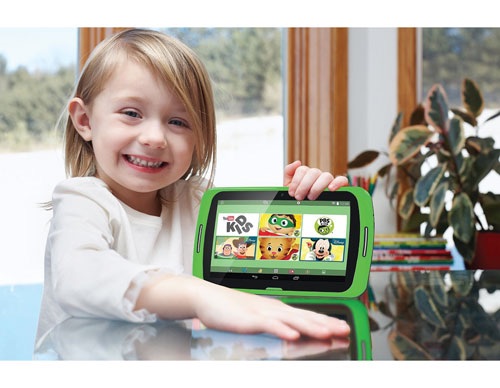