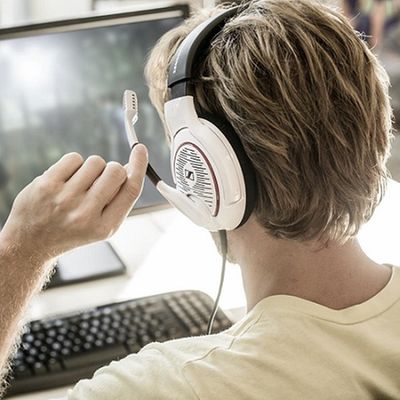 In a world where audio companies are jockeying for position among one another, there is a name that has remained consistent and strong in the face of rising competition. Sennheiser has found good ways to remain in the forefront of our minds for many decades and their continued innovation in the world of audio always makes them a good choice for whatever you need.

The Game Zero Headset is one of their newer forays into a fairly massive gaming headset market. You don’t really associate Sennheiser and gaming very often but it doesn’t mean they don’t do a good job of it. I’ve probably played with, owned or reviewed around a half dozen Sennheiser headsets and earbud sets over the years and I’ve never been disappointed. We relied on Sennheiser to get us through the days of watching TV in silence to let our baby sleep and I’ve used them in strenuous workouts too. The Game One is a concept new to me though: Relying on Sennheiser for my gaming needs. Let’s see how it stacks up on my PC.

Ready out of the box 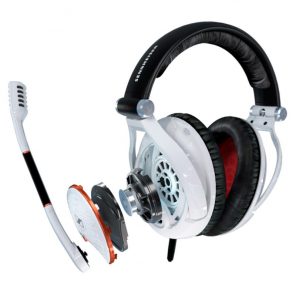 Right out of the box, the headset is ready to go. The one really neat thing is just how long the cord for this thing is. I mean, I get that it’s a gaming headset and your desktop tower probably isn’t right beside your head but the length of the cord is somewhere between “Perfect” and “overkill.” I didn’t quite get an exact measurement but it wouldn’t surprise me that the cord is 6-7 feet long. The cord itself is also covered in a heavy gauge fabric meaning that you won’t have to worry much about your pets chewing through or snagging and damaging it. It’s not the flat style tangle free wires many of today’s PC-first gaming headsets have but still good nonetheless.

I really dig the design of this headset. While we’ve clamored over all sorts of LED Lighting or carbon fiber on our headsets for the last couple years, Sennheiser keeps it simple. In fact, the majority of this headset is just moulded plastic pieces with rubber accents. The headset to ear cup joint is reinforced with metal. Overall, the lack of sharp points or breakable pieces are welcomed. It will also lead to a more comfortable and less awkward fit as I will discuss further down the review. 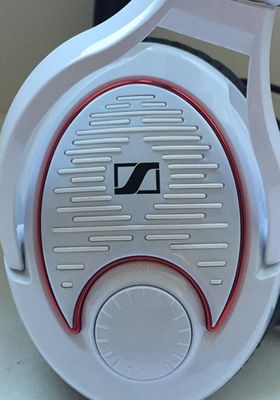 The headset itself is fairly simple to operate with no hidden or complicated features. The microphone is located on the left cup and a plastic volume pot is located on the right. You can’t completely mute the headset with the volume knob which was a bit strange to me but it fades out enough that you can hear anybody trying to talk to you. This knob pot, by the way is your only link to volume control. There’s no “remote” style attachment halfway down the cord. You also cannot detach the microphone from the headset itself. I actually consider this to be a positive because of how fickle the connections on those can be. I’ve lost connection or broken the attachments on a couple of these headsets. While this one’s microphone doesn’t completely slide flat when not in use, it’s out of the way enough that it isn’t problematic.

It’s never hard to sell somebody on the quality of Sennheiser’s audio. No matter what you get from Sennheiser, you’re usually in for a fairly good piece of hardware. Game One is no exception. The audio quality is crystal clear and sounds great whether you’re gaming, watching movies or listening to music. It’s up among the best Sennheiser sets I’ve ever experienced. We have a set of the Sennheiser On-Ear RS 120-9 Headphones in our living room and the audio quality is far superior to those.

I found that the headset had a bit of difficulty with really bass heavy music though. Whether it has to do with the quality of my sound output or not I’m unsure but I noticed that when faced with really bass rich noises or in-game explosions, things would get a bit distorted. Watching trailers for World of Warcraft: Legion and WoW itself seemed to be among the worst offenders. Gunshots in games sounded fine, for example, but explosions themselves were problematic. 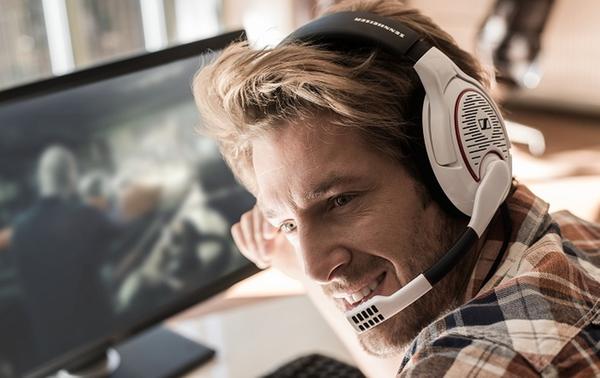 Comfort in the name of gaming sessions 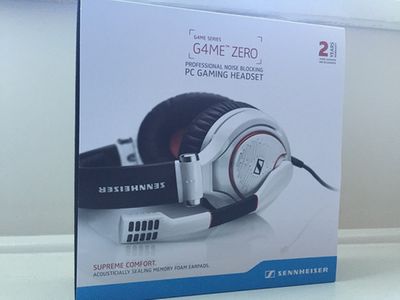 One of the issues I’ve always had with gaming headsets is comfort, or lack thereof. You can tell that most companies have focused too hard on the quality of audio output and not enough time on the design itself. As a result, a lot of gaming headsets I’ve played with and reviewed over the years don’t last long on my head. Cushioned headrests aren’t really a big deal but the ear cups are. When you use the wrong materials or not enough material, you end up with poor fit and worse yet, a symptom I call “ear heat” where your ears just end up burning hot and you just can’t wear the darn thing anymore.

I’ve been able to wear the Game One for a couple hours at a time which is longer than most headsets. The ear cups are cushioned well and contour to the shape of your head well thanks in part to the fact that they’re mainly comprised of memory foam. It’s a really comfortable fit around your head and ears. The only drawback I can think of is the fact that I would sometimes get this odd feeling while wearing this when the back end of the ear cup wouldn’t always contour to my left ear properly. Since it wasn’t completely airtight, I’d get that same weird feeling you ears get when you’re on a landing plane. My ears never actually got plugged though.

Overall, the Sennheiser Game One headset isn’t a world changer but it is a great headset. I mean, quite honestly, you won’t see or experience anything you haven’t experienced before. However, the added aspect of comfort along with the great audio quality means that this is one that you shouldn’t pass pver if you’re looking for a new headset. It has some subtle nuances that I had a hard time getting over (like the mic being on the left ear when I’m right driven) but might be preferable to your needs. When shopping for your next gaming headset, give the Sennheiser Game One a try.

The Sennheiser Game Zero headset is now available at Best Buy and online at BestBuy.ca