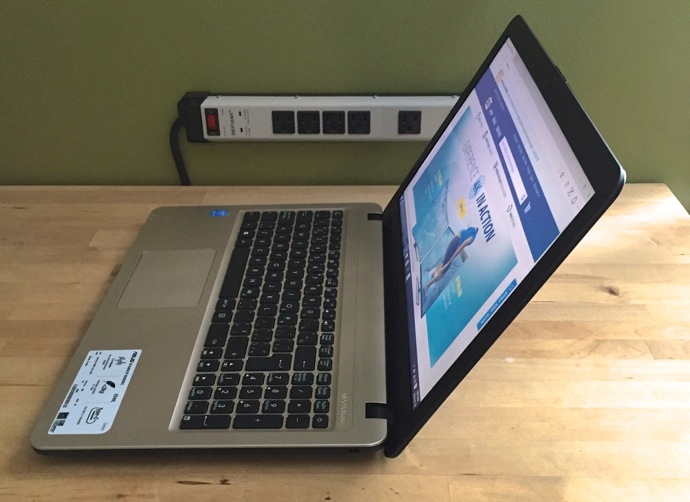 My expectations weren’t particularly high for this laptop. ASUS makes some nice gear, but 15-inch laptops in this affordable price range have a tendency to be underwhelming. There are a lot of heavy, grey plastic computers with sluggish performance. However, slipping the ASUS X540LA out of its box revealed two initial pleasant surprises.

First, while the case is plastic, ASUS has done a good job of making it look pretty slick. The top case is black and the bottom silver, and both have a brushed metal effect that’s very attractive and unusually effective at avoiding fingerprints. The second was the weight. At 1.9kg, it’s not exactly “light as a feather” but considering it’s a 15.6-inch laptop that was a lot less than I was expecting. In fact, it’s lighter than Apple’s 15-inch MacBook Pro … You’ll need a large case or backpack to carry the ASUS X540LA, but it won’t feel like a boat anchor if you’re lugging it around all day.

In another pleasant surprise, there is a decent choice of expansion ports and ASUS included a USB-C port to take advantage of the next generation of high speed peripherals. A final pleasant surprise, instead of the lower end Celeron processor sometimes used in budget PCs, this one was equipped with an Intel Core CPU.

Performance is respectable for the tasks students or casual users typically use a laptop like this for. The display isn’t the world’s sharpest but it was fine for watching streaming video and text is decent. It also offers four pre-set modes, including an Eye Care option that cuts blue light emission. The full-sized chiclet keyboard with numeric keys is responsive. The Intel Core CPU is more than up to the task of running Microsoft Office and other common productivity software. Music fans will appreciate the fact that ASUS employed SonicMaster tuned audio—a mix of software, signal processing, large round speakers and an extra-large resonance chamber—that let this laptop punch well above its weight when it comes to music playback or video soundtracks. 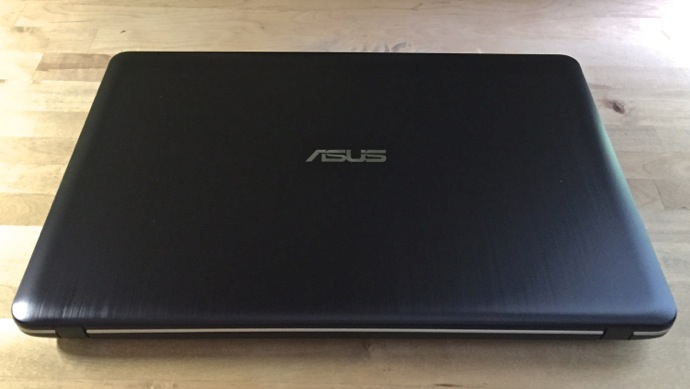 Light duty gaming is technically possible, but with built-in graphics and HD resolution, this isn’t the laptop you should be looking at as a gaming machine.

ASUS is promoting its IceCool Technology, which is designed to keep heat from building up in the area of the palm rest for more comfortable use. I never noticed any heating issues, so I suppose it works.

My review unit is a slightly different configuration from the model carried at Best Buy. It was equipped with a Core i5 CPU instead of a Core i3 and 8GB of RAM instead of 8GB. That makes it snappier than the one in-store, especially when it comes to multi-tasking, but otherwise the user experience will be the same. The in-store model also includes an optical drive that my loaner lacked, which is a nice option to have. 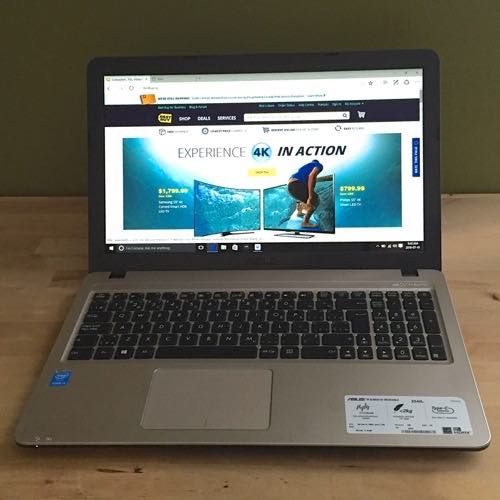 What Are You Giving Up?

So far the ASUS X540LA story has been largely positive: a big, 15.6-inch display, surprisingly light weight, tons of storage, souped up speakers and even a next-generation USB-C port. But this is a budget priced laptop, so what’s the catch? What are you giving up in exchange for affordability?

For the most part, the sacrifices made are through use of previous generation components. If you’re not a power user, you may not even notice the difference, but it’s the kind of substitutions that make the ASUS X540LA a good student or casual use home use computer, but not really appropriate for power users. For example, the CPU is an Intel Core processor, but it’s the Broadwell architecture launched in 2015. Still powerful but not quite on par with the 6th generation Skylake chips. Wi-Fi on my review unit is 802.11n, instead of the fastest 802.11 ac. The case is plastic—albeit attractive plastic—instead of metal. Storage is a 5400 RPM hard drive, which can’t approach the sort of speeds an SSD (or even a 7200 RPM drive) reach. While the latest and greatest ultrabooks are delivering all-day battery life, this laptop is more in the 4-5 hour range. And the most noticeable difference for most people will be the display. It lacks touch support and is HD resolution.

There’s nothing terrible here—you’re not having to run Windows on a Celeron CPU or fight for storage space. For many people these tradeoffs won’t be noticeable and the X540LA’s affordable price will make them more than worthwhile. 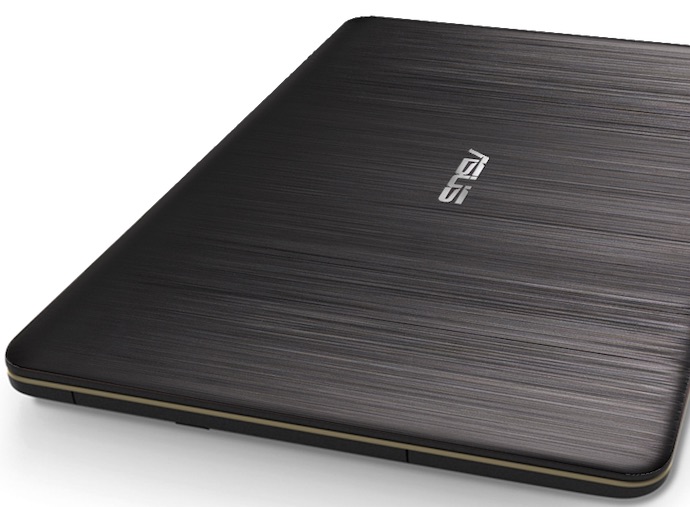 You Can Always Upgrade it Later

If you decide after a year that you want to upgrade your experience, there are steps you could take to boost the ASUS X540LA without having to buy a new laptop.

It supports up to 12GB of RAM, so you can max that out for a quick and inexpensive win. SSDs keep getting cheaper and you could swap out that hard drive for much faster solid state storage quite easily (check out my How To if you want to see just how easy it can be). Those two upgrades alone will make it feel like a new computer. Use the HDMI out port to connect to a Full HD monitor for a bigger, crisper picture. You can even plug in an 802.11ac Wi-Fi adapter to one of the USB ports to take advantage of Gigabit Wi-Fi.

While the premium laptops I get to use always make a splashy statement and are a pleasure to use, sometimes the budget models make an impression, too. The ASUS X540LA is one of those cases. Despite a very affordable price, it has the hardware needed to run both Windows 10 and the kind of productivity software students or casual users are most likely to use. It has plenty of storage and despite its large display, it’s surprisingly light. Even the plastic case manages to pull off a stylish look. If you’re shopping for a back to school laptop and want to keep costs down without seriously downsizing or losing the ability to run Windows, this one is worth checking out.