Sony has recently released a brand new wide angle zoom lens touted as ‘the world’s lightest full-frame wide-angle power-zoom lens with a constant f/4 aperture’. The 16-35mm f/4 G PZ camera lens is a really interesting and well-equipped lens that I was very excited to put through its paces.

The first thing I noticed about this 16-35mm lens is, yes, the weight. It is incredibly light. And this really does matter. Photographers and videographers spend a lot of time shooting handheld, and also lugging gear from shoot to shoot, so any weight-saving at all is a plus for us. I was also pleased to notice all the switches, dials, and controls built right into the barrel of the lens. This is something that Sony seems to have put a lot of thought into lately, and I think it’s a really smart move. Although there is an amount of upskilling required to get used to these manual controls, there’s no doubt that they can serve your creative vision in useful ways.

In terms of build quality, the lens is everything you would expect from a Sony G lens. It feels solid and robust, despite the light weight. It is dust and moisture resistant, which is a great thing to know if, for example, you’re shooting a wedding in bad weather and you can’t afford to miss the shot. Also, the front of the lens has a flourine coating which repels pretty much anything that comes in contact with it, making it easy to clean.

Let’s dive into some of those handy features and controls on the barrel. As I’ve noticed on a number of new Sony lenses lately, there is an aperture control ring, which allows you to widen or narrow your aperture, something you would usually do on the body itself. You can move all the way from f/4 to f/22, and even into auto mode. Coupled with this is the declick switch which allows you to choose whether you want to adjust the aperture in stepped increments of 1/3 stop, or smoothly, without clicks. This is a feature that videograophers love, because smooth aperture changes equate to smooth exposure changes which are less jarring and more pleasing to the eye. Of course, you also have the zoom ring which allows you to move from 16mm to 35mm, but you also get a zoom lever which allows you to zoom in or out very smoothly indeed. Again, this is a feature that will  appeal to videographers more than photographers, simply because that smooth zoom will only be noticeable in moving images.

As is common to most Sony lenses now, you have a focus hold button which is a nice big button that, by default, acts as an autofocus button. It can also be customized to one of a number of other functions. This is a super handy feature and one of my favourite things about Sony lenses. However, I’m less jazzed about the autofocus to manual focus switch. This is a switch that one will often need to use mid-shoot and yet it’s not that easy to use. I know there are other ways to incorporate this feature and I hope Sony explores these in future. For example, I’ve seen another lens where this switch is actually part of the focus ring itself, and you simply click the whole ring forward or back as required.

The final switch on the lens is the iris lock switch, which, when turned on will prevent you from accidentally moving out of auto mode on the aperture ring, or into auto mode if you are choosing your aperture manually. This is good, but I would prefer if you could lock into one single specified aperture.

Assessing lens performance is actually a science, rather than an art, and there are websites dedicated to testing the optical qualities of various lenses. My assessment is honestly more of a subjective one, based on the limited time I was able to spend with the lens. Be sure to check out the sample images I’ve included in the gallery below to get an idea of the conditions I was shooting in, and the results I was able to get.

With those qualifiers in place, I will say that I found the images to be very good with lots of nice detail available when I zoomed in to 100%. Often one will see a fall off in detail and clarity towards the edges of the image, but I found this lens was able to maintain excellent detail throughout the image. Colours were beautifully rendered and I found no signs of chromatic aberration. None of this is particularly surprising to me based on the emphasis Sony has put on incorporating very high quality optical elements into the lens.

This is an excellent lens, particularly if you shoot video. While there’s no reason to dislike it if you’re a stills shooter, it has a bunch of features that will definitely appeal to the video shooters, like the aperture ring and the zoom lever. I will say that the f/4 maximum aperture is not ideal, in my opinion. I prefer to be able to get down to at least f/2.8 with my wide angle lenses to give me extra leeway in low-light situations. But if you want a Sony FE 16-35mm f/2.8 lens, be prepared to spend twice as much money for a much bigger, heavier lens without most of those manual controls. Finally, I really like the low minimum focus distance at 28 cm which allows you to get some nice close-up shots.

All in all, I would be happy to recommend this versatile and beautifully designed wide angle camera lens. I think Sony has a real winner on their hands here!

Be sure to check out the full range of lenses available at BestBuy.ca 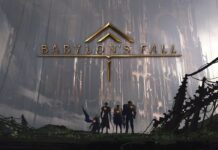 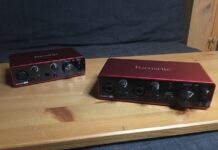 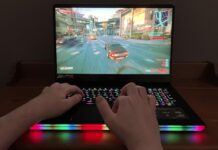