Best Buy Blog
Home Musical Instruments (Almost?) Everything you wanted to know about instrument cables but were afraid... As you start adding more gear to your collection, especially newer technologies, or you start to build a home studio, you will notice that not all instrument cables are created equally and this goes beyond something as straightforward as quality of construction. I remember the first time I read a new user manual and it was talking about “balanced versus unbalanced” outputs and cables and I sat there shaking my head as I had no idea what they were talking about. As I am not an electrical engineer, I still don’t really know exactly what they are talking about but I think I have a general sense of the hows and whys of most cables required in todays setups. This is relatively straight forward. Most of the cable ends that you will use for instruments are 1/4”. A guitar cable is 1/4”. If you are running an audio interface with your computer and record/mix/play audio then you probably use a 1/4” cable to connect your studio monitors to the interface although there are occasionally other options.

A 1/8” connection is what you find on most mobile headphones, at least the ones that you plug into mp3 players or a smart phones as those units have a 1/8” jack input. Your audio interface likely has a 1/4” headphone connection but you can get an adapter that transforms the 1/8” into a 1/4”. There are also adapters that go the other direction allowing a 1/4” jack to work with a 1/8” input.

These are acronyms, and is also where things start to get more technical if not confusing. TS stands for Tip Sleeve whereas TRS stands for Tip Ring Sleeve. A TS cable, which is what typical1/4” guitar cables or instrument cables are but can also be a 1/8”, carries 2 signals and is unbalanced (more on that in a moment). It carries a “hot” signal (the tip portion) and a ground wire which connects to the sleeve part of the jack. In addition to your instrument cables, this would also include “patch” cables which you might use between effects stomp boxes and are shorter and often have a 45 degree end to allow for closer placement of the effects on a pedal board. A TS cable should never be any longer than it needs to be and the general rule is definitely no more than 25’ in length. If you only need 10’, then get one that is 10’ long as the signal degrades and will start to pick up noises like humming or lose some of the instrument’s brightness. Quality really matters as well. You don’t want one to be too stiff but you also need it to have a nice jacket that will adequately protect and shield the cable’s core (along with the shielding and insulation on the wires themselves). A thicker core is better and copper is a solid material. The quality of the solder job, as well as the solder used, is significant as that will determine how well the signal is ultimately transmitted. The actual connector jacks themselves need to be quality or frankly, none of the other construction really matters if it will not transmit a clean signal. Gold is better than copper here (especially for its anti-corrosive properties) and steel is what most inexpensive cables use. A TRS cable looks similar except that it has 2 conductors and a ground wire. It can also be a 1/4” or an 1/8” jack but unlike a TS connector, is a balanced signal. Also, since there are 2 conductors it can carry a stereo signal, and does when used in headphones, but is often still used as a mono transmitter in most home studio applications. This is where the “balanced versus unbalanced” comes into play.

A quick recap. A TS connector is unbalanced as it has 1 conductor and a ground. A TRS is balanced and has 2 conductors (either a Left & Right stereo signal or a + and – mono signal) and a ground so it can be used to carry a stereo signal or a mono signal. For a mono signal you will get significantly less noise than a TS cable and can run it over longer distances as a result. It sends the same signal down both conductors but inverts the polarity of one. You have the exact same signal travelling down both the + and the – wires but one signal is essentially flipped 180 degrees to mirror the other one. It then reconstitutes this at the end by flipping the inverted signal back so that the original signals match. What happens here is that any noise that was picked up along the transmission is common to both signals but since one was inverted when it is flipped back at the end the original signals match but anything picked up along the way is out of sync and eliminated. More simply (I hope), the original signals are the same but the noise is out of phase with itself and since it doesn’t match it is discarded. Thus, you have low noise and can run longer cables as a result. The thing though is that the devices themselves need to have balanced outputs and inputs to do the trick so using a TRS 1/4” cable from guitar to amp would not offer this benefit as the guitar and the amp are likely not balanced. The connection from your audio interface to your studio monitors likely is however and this is where you would use a TRS cable. A balanced signal will generally be in a TRS cable connector or an XLR cable, which is used for microphones and to take and audio signal from a mixer to speakers. This cable has a 3 pin connection and is similar to the TRS in that it has a positive, a negative, and a ground wire although it isn’t a 1/4” jack. There are male and female ends and these are primarily used between a microphone and a mixing board (or audio interface) or going from mixers and interfaces to powered speakers. Again, because this is a balanced cable, you can use it for long runs. Also, as many of the XLR connections can “lock” into place, they are preferable to a TRS 1/4” connection which can easily be pulled out of a speaker.

There are certainly more types than this and perhaps in a later blog I can get into RCA connections, midi connections, Speakon connectors, cable snakes, digital audio or optical connections, and the increasing ubiquitous USB connections on our computers. That’s not even talking about FireWire, Thunderbolt, HDMI, or … you get the picture.

While you can get adapters for changing some of the connections, it is always best to use the appropriate cable whenever possible. Why spend thousands on your gear and then try to save a few dollars on the cables? It is a significant part of your setup and ultimately is responsible for how well your sound is projected to your audience, whether live or recorded. Just remember to get the specific cable required for the job you are doing and know that not all cables are created equally. That isn’t to say that the most expensive is always the best but there is generally a decent science based rationale for why some cables are significantly pricier than other similar looking cables. Try them out and see for yourself. We take a guitar or an amp for a test drive before we buy it and if we are going to spend some significant cash on different types of cables, really should make sure they are meeting our needs before laying out money down. 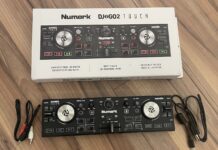 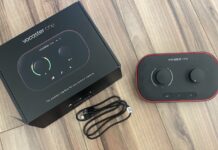 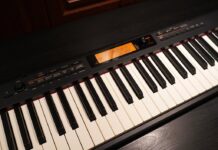