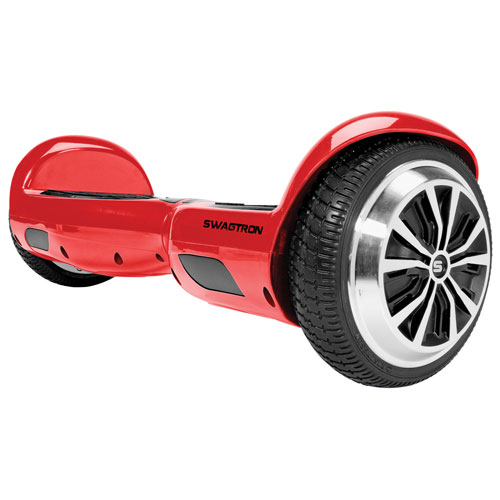 Nothing says “cool science fiction gadget” quite like a hoverboard. I mean, the first time most of us even heard the term used was when Marty McFly, played by Canadian actor Michael J. Fox, jumped on one when he travelled forward in time during the second Back to The Future movie of the series. Of course, Marty’s hoverboard actually hovered, and sort of flew over water. But that’s the movies. The hoverboards out today don’t hover or fly per se, but are instead kind of like those Segway things, only without the handlebars. They also get called lots of other names besides “hoverboards,” as well, such as “self-balancing scooter,” “Smart drifting board,” “sideways skateboard,” and “what-the-hell-is-that-weird-kid-riding?” You’ve undoubtedly seen them, either in the street, online or on television, as they’ve become a sort of phenomenon, with celebrities from Justin Bieber to Nicki Minaj posting images and videos while riding a hoverboard.

The first models also had some pretty serious problems, as well, with the early editions having been recalled in the United States due to battery and electrical issues. The good news for hoverboard fans is that those battery issues led to much better testing and the establishment of higher standards for the certification of the newest generation of these devices. So, hoverboards are back for summer, safer and more fun than ever, and all you need to do is choose the model with which you want to glide into the season. 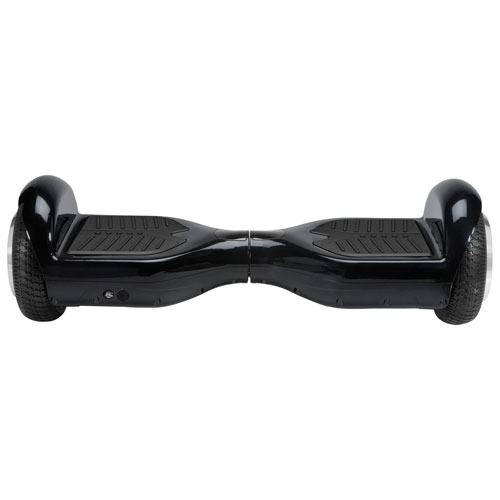 The first of two new self-balancing personal transporters available at BestBuy this summer is the Swagtron T1 Electric Hoverboard. Using gyroscopic technology, the T1 lets you steer, stop and travel around simply by shifting your body weight. It also features an exclusive battery pack with Sentryshield battery protection technology, so you can be sure it is going to give you a safe ride. Best of all, the electric hoverboard is a zero-emissions, environmentally friendly product. It also looks pretty rad to be gliding along the road like a Pacman ghost or something. You’ll also be gliding along easier than with previous incarnations of self-balancing scooters, as the T1 has upgraded and improved motors and stabilizers for a more versatile, faster and smoother hoverboard experience. The T1’s electrical system is also UL 2272 certified, meaning the drive train, battery and charger meets the safety guidelines of the independent, global company that tests, validates, and certifies scientific and technological standards. 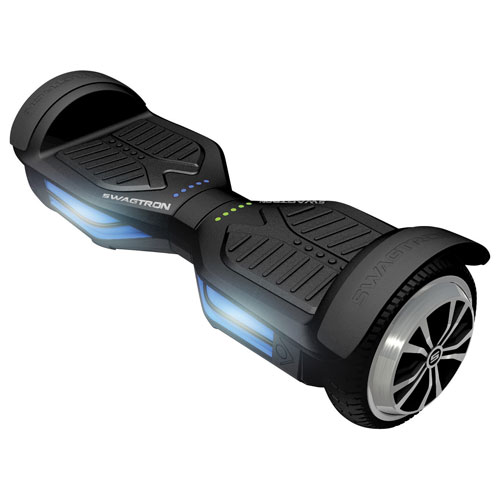 The second Swagtron model available right now at Best Buy for the summer comes with some pretty cool upgrades and features. Like its T1 little brother, the Swagtron T3 Electric Hoverboard With Bluetooth App lets you stop, start and steer using dynamic equilibrium, reacting to how your shift your body weight. As well, it also features the same Sentryshield multilayer battery protection technology, which protects the lithium-ion battery in a sealed aluminum chamber. This tech is paired with the Swagtron’s smart battery management system, which ensures superior battery performance, and also protects against over-charging and short circuits. It also has improved and wider, non-slip foot pads to provide a more comfortable riding experience, plus high-grade aluminum wheels sporting superior traction tires for improved handling. It has a maximum speed of 12kmh (8mph), and charges to full in only an hour. But by far the coolest feature of the T3 is the fact it comes equipped with a Bluetooth speaker, so you can easily pair your smartphone with the transportation gadget and cruise around town grooving to your favourite tunes.

Of course, no matter which Swagtron model you decide is best for your own use in the end, it’s still recommended that you always wear a helmet and protective gear. Better safe than sorry. So? What do you think of hoverboards? Do you want one? Why or why not? Let me know in the comments section below.