Here are a few tips on GPUs, including how they work and the key features and differences between them. They should help give you a leg up when planning your next purchase! If you don’t fall into either of these categories, a sufficient GPU shouldn’t be nearly as hefty an investment. Typical day-to-day tasks such as web browsing, email, and streaming do not demand heavy resources. For tasks like these, (and even to play some casual or older games), the “integrated” graphics built into your CPU may be enough. Integrated graphics on most current CPUs are able to handle the demands of streaming 4K video. If you’ve given any attention to discussions on PC gaming lately, you’re undoubtedly familiar with the term “ray tracing.” It’s the centre of all the buzz leading into the next generation of amazing and realistic graphical experiences.

In essence, ray tracing technology “traces” the path that light would take to travel to a viewer’s eye in a 3D space. It takes into consideration reflections, opaque objects and shadows, and even light refraction. Ray tracing uses all this information to calculate the final colour of every pixel on the screen, and it does it all in real-time.

A key feature offered by NVIDIA’s latest graphics cards is DLSS. This is advanced new rendering technology made possible by the powerful Tensor Core AI processors on NVIDIA’s Geforce RTYX series GPUs. Games are rendered naively at a resolution like 1080p for optimized performance, then DLSS works its magic to output higher resolutions and frame rates—without losing any of the detail compared to native higher resolution content. Check this post if you want to learn more details about DLSS and what it offers. These are a few of the key factors to consider when choosing a new graphics card for your new PC or PC upgrade project. GPU performance will always exist in close relation to your overall budget. However, in tandem with deciding how much you wish to spend, I definitely recommend researching features and options such as those above to get the most out of your next graphics card purchase. When you’re considering any upgrade to your PC, be sure to checkout the full series on computer components for upgrades and new builds. 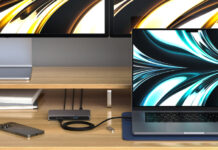 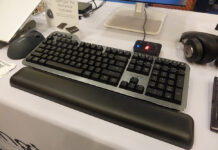