In October, Microsoft released its followup, the Surface Book 2. Building on the original, the new Surface Book 2 is the most powerful laptop Microsoft has ever released. The company didn’t mess much with the original design but a larger 15-inch model was added to the lineup and the Dynamic Fulcrum hinge was improved to be even better.

I just spent a week with a Surface Book 2 review unit and I came away convinced that this is the 2-in-1 that could replace my laptop. And my tablet.

The Surface Book 2 comes with minimalist packaging, reflecting its sleek design. Inside the box is the laptop itself, and a box with the power adapter. Other than a small “getting started“ guide, that’s it. The laptop itself is compact, but not quite as svelte as my 13-inch MacBook Air. The Surface Book 2 review unit was 1.6 kg (compared to 1.35 kg) and a bit thicker, especially toward the hinge end.

Setup is easy and quick, thanks in no small part to Cortana — Microsoft’s digital assistant. Plug in the laptop, power it up and Cortana comes to life, walking you through the setup from connecting to Wi-Fi to signing in or creating Microsoft accounts. I was up and running within about 20 minutes, including the time it took for the system to download and install an update.

With most 2-in-1 laptops, their greatest strength is also their weak point. The flexibility of being able to switch back and forth between a laptop and a tablet is extremely useful. But that capability usually introduces design weaknesses, especially for devices where the display is removable altogether to become a standalone Windows tablet.

Microsoft tackled that issue head on with the Dynamic Fulcrum hinge. It offered a full range of motion, while holding the display firmly in place. At first glance, it was tough to tell the Surface Book even had the ability to transform.

With the Surface Book 2, the Dynamic Fulcrum hinge has been improved. It’s now even more stable when in laptop mode. There is a little bit of play, but when you position the display, it stays that way and everything feels reassuringly solid. To remove the display, you push a dedicated button on the Surface Book 2. There’s a mechanical “clunk” while the mechanism disengages, then you get a green message onscreen saying its ready to detach. Switching back to laptop mode is as easy as lining up the support tabs and connectors on the base to the tablet and letting the hinge engage.

As a tablet the Surface Book 2 is big, but it’s one of the most powerful Windows tablets you’ll find (remember, there was an Intel Core i7 CPU in mine), it has extremely high resolution and will go up to five hours on its own battery. And it’s ideal for Windows Inking …

I’ve written a fair bit about Windows Ink recently (here’s my overview of the feature) and with good reason. It’s pretty cool. But the Surface Book 2 is a showcase for just how useful Windows Ink can be.

Microsoft sent a long a Surface Pen (an optional upgrade) and with stylus in hand and the Surface Book 2 in tablet (or slate) mode, Windows Ink proved its work. Naturally, you can draw. And one of Windows Ink’s tricks is to be able to automatically convert your drawings into shapes, for much neater looking diagrams. What I really liked was using Windows Ink to edit in Word. Holding the Surface Book 2 display like a pad of paper, I could scan through a document, circle text with the Surface Pen to highlight it, even delete words with a quick slash of the pen. It’s incredibly intuitive and timesaving. When you aren’t using the Surface Pen, it attaches magnetically to the side of the Surface Book 2.

As a laptop, there’s a lot to like about the Surface Book 2. My review unit chewed through tasks and its display always looked incredible, whether I was viewing text or watching a streaming movie. It also sipped battery life, easily going a full day and more.

But what I really enjoyed was playing video games. This Surface Book 2 came equipped with an Nvidia GeForce GTX 1050. I’m on a Starcraft 2 kick again, and I was able to play with the resolution at 3000 x 2000, with all the graphics settings at Ultra or Extreme, audio blasting through the stereo front-facing speakers with Dolby Atmos. The Surface Book 2 always maintained smooth frame rates, no matter how hectic the onscreen action. Pretty good for a laptop, especially one that’s not marketed as a gaming laptop.

The downside to gaming was that it did destroy that otherwise stellar battery life (around five hours) and the bottom of the laptop case got uncomfortably hot.

It’s worth noting that the Surface Book Two supports the innovate Surface Dial accessory, as well as the new Surface Precision Mouse. Microsoft sent one of these new Bluetooth mice to use with the Surface Book and it was a nice accompaniment in laptop mode. I prefer using a mouse with a laptop (unless it’s physically on my lap), and this one would be an easy pick to go with the Surface Book 2.

It’s worth noting that you do need to have a decent-sized budget if you’re considering the Surface Book 2. It’s definitely a premium laptop. But for creative professionals or anyone else who would benefit from a high-powered, 2-in-1 laptop, Microsoft’s Surface Book 2 sets the standard. It’s beautifully designed, nicely appointed, stylish, flexible and packs more power than most laptops.

You can check out the new Surface Book 2 along with an unbeatable selection of laptops, tablets and 2-in-1s at Best Buy. 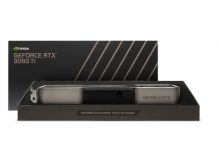