Can the Wagan Tech Ion Boost V8, a portable emergency roadside kit that claims to jumpstart a dead car battery all on its own help protect your loved ones?I asked an aircraft structural mechanic to check out the device and give me her professional opinion.

(Check out the video of the test below.)

The Wagan Tech Ion Boost V8 is very small. When I took it out of the package and saw the size, I thought it willl be the perfect emergency roadside kit — if it performs as promised.

It’s been designed to be ultra portable tucked into a zippered pocketbook that is 16.5 x 7.8 x 3.8 cm (6.5 x 3.1 x 1.5). It resembles a first aid kit, which I guess it is for anything that requires power. It’s got three voltage modes — 12V, 16V, and 19V so it can power a variety of handheld devices (tablets, smartphones etc). A handy mode button easily changes volts. Plug your device into the 2.1 Amp output and power up your iOS and Android smartphones to your tablet, laptop, cameras and GPS systems.

The Ion Boost V8 also has a built-in LED flashlight with three lighting modes to look under the hood of your car on a dark night or signal for help. I put a picture at the top of everything that came in the kit I was sent to test: sturdy car jumper cables, a USB adaptor with octopus head incudes a mini USB and Apple 30-pin connector tips all fit neatly into their own little pouch. It’s a one stop charging station for prettty much anything

I found that the Lithium Ion Boost V8 battery took about two hours to fully charge using an AC wall sockets.  The device says it should take about four to five hours using your vehicle’s cigarette lighter. When fully loaded it has 300 amps of power.  When the battery is fully charged you see four LED lights turn on.

The kit can be left in your car during cold weather because lithium batteries, while more expensive than alkaline batteries, perform well in most extreme temperatures, especially in sub-zero weather when most alkaline batteries die. The Wagan Tech Ion Boost V8 claim to stay fully charged for two months in the winter and for one month during the summer.  I only have the device for a couple weeks so I won’t be able to test that claim.

What really sets the Ion Boost V8 apart from other products is its claim to bring a dead battery back to life. I admit to being sceptical when I opened the package, especially when I saw those stumpy jumper cables.

I’m used to those long jumper cables that reach from car to car. But with the  Wagan Tech Ion Boost V8 you don’t need a second car; so there is no need for long cables that get tangled and dirty taking up space in your trunk.

My main questions: Could an emergency pack small enough to put into my purse really be do the trick when my car was dead on the road?

I decided to turn to a specialist who knows a lot about engines. Jeannie Scott is an aircraft structural mechanic who builds planes for a living. She knows her stuff when it comes to heavy equipment, electricity, batteries and powering up large machines. Jeannie also has a long commute to work into airports and terminals off the beaten track.

She loved the compact feel of the Wagan Ion Boost V8 and the idea of an emergency kit that was small enough to fit into the glove compartment. However, due to its compact size, she  too was skeptical that it could jumpstart the engine of a car or truck.

Jeannie agreed to run it through its paces and started off bringing the Wagan Tech Ion Boost V8 to her work team. Structural mechanics handle some fairly sophisticated equipment and are a tough crowd to impress. The Ion Boost V8 passed the first test by keeping the teams’ cellphones and laptops charged. They gave it the thumbs up. Jeannie then had the chance to test it out on her car when it wouldn’t start one cold winter morning. Scroll down for the video of our test!

The Wagan Tech Ion Boost V8 was easy to use. Just follow these instructions:

If engine doesn’t start up:

So we were both skeptical, but it worked.  Jennie had no reservations recommending this technology. And the same goes with me.

I think the Wagan Tech Ion Boost V8 makes a perfect gift for loved ones. Give them the gift of roadside security and yourself peace of mind. 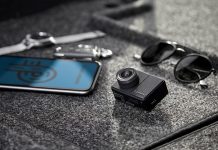 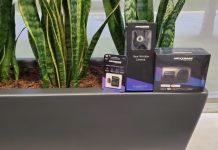 Enter for a chance to win a Nextbase car camera package 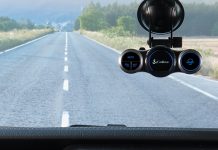 How to choose the right radar detector for you